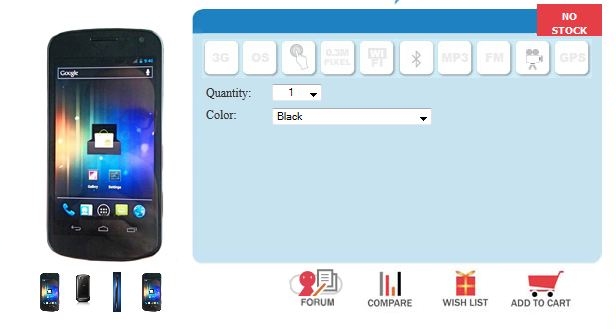 The Google Nexus Prime, the first Android Ice Cream Sandwich device that will be manufactured by Samsung has been spotted on a Singaporean online store.

The site shows three pictures of the phone. One being the picture from the teaser for the event that Samsung had released a while ago. The second picture being the one that was leaked a few days ago and believed to be the Google Nexus Prime.

The third picture is of the back but seems to be a picture of the back of the Nexus S. We’re not sure how legit it is since there’s no information given about the handset.

The device was supposed to be announced at an event on 11th October but Google and Samsung called off the event to pay respect to Steve Jobs. The phone is now expected to be released on 19th October.