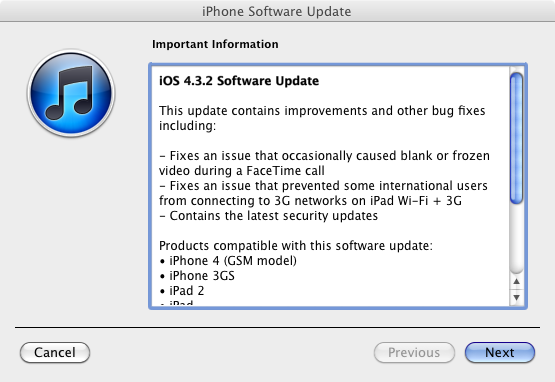 Apple has released its new software update, the iOS 4.3.2 for iPhone, iPad and the iPod Touch. The new update comes with minor tweaks and is compatible with the following Apple devices,

The iOS 4.3.2 comes with improvements and other bug fixes which includes,

To update your Apple devices to iOS 4.3.2, all you have to do is connect your device and check for new updates. Check out the  direct download links for the new software update.