OPPO launched the ColorOS 12, the next major update based on Android 12 for its smartphones globally, back in October. After rolling out the beta update to Find X2 series and Reno6 series in November, last week it announced that it will roll out the update to more models in December globally, including India. 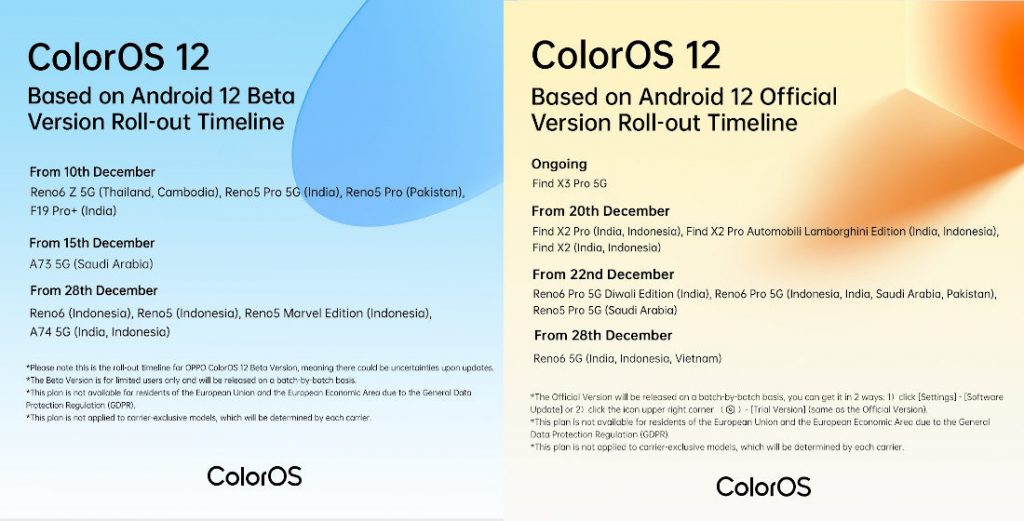 Starting 10th December, the ColorOS 12 Beta version will be available on the F19 Pro+ and the Reno5 Pro 5G; the OPPO A74 5G will get the update from 28th December onwards in India.