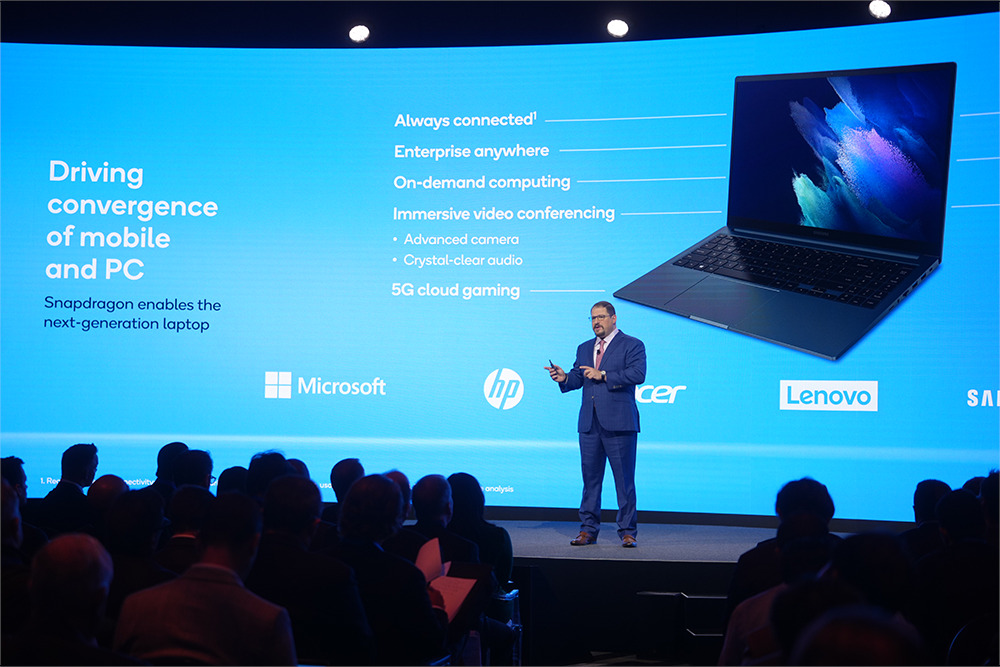 Yesterday during their Investor Day 2021,  ARM-based chip designer Qualcomm unveiled their project plans to make a powerful ARM-based processor for a PC that would rival Apple’s M-series silicon. The company also announced that their supply of 5G modems to Apple will cut down to  just 20% next year.

In the PC space, Qualcomm already has a couple of chips such as the Snapdragon 8CX and the SQ1, SQ2 chips which run on the Microsoft Surface X. However, the company has not found much success yet, owing to the relatively weaker processing capabilities.

That looks to change soon, as Qualcomm aims to design processors that will be able to compete head-to-head with Apple’s M-series processors. Apple has a clear lead in the ARM-based PC processor market, and it will be great to have more competition in the space.

Qualcomm purchased Nuvia in July 2021, which is a company that used to specialize CPU and technology design. The cause for the acquisition was to help them build chips for laptops in 2022. The company also promised to scale up their Adreno GPUs to enable desktop-class gaming capabilities in future PCs.

In related news, Qualcomm is preparing to reduce their estimates of 5G modem shipped to Apple in 2022. Apple is reportedly looking to use their own custom-built 5G modems, and as a result, they would not depend on Qualcomm for much longer. According to Qualcomm, the company will only ship about 20% of the current value of 5G modems to Apple.