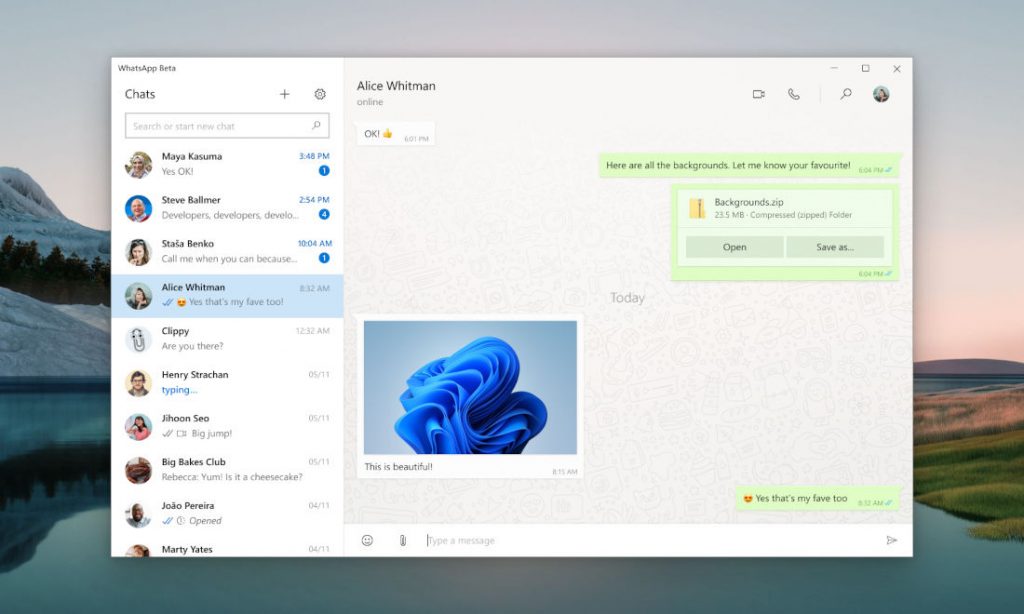 Update: The WhatsApp Beta UWP beta app is now available for download from the Microsoft store. Since this is beta, there are bugs which should be fixed in a stable release in the future.
WhatsApp already has Windows and macOS desktop apps, now Facebook is said to be testing a Universal Windows Platform (UWP) version of WhatsApp. There are images that show several features of the WhatsApp beta, including the settings, thanks to an Italian site Aggiornamenti Lumia.

Since it uses the multi-device feature, it will work as a standalone app without require you to be connected to the phone. Another report from WABetaInfo says that WhatsApp is also working on a new application to release on macOS Catalyst.

To remind you, Apple allows using compatible iPad apps on macOS Catalyst, and WhatsApp will enable the support in the future. The new macOS app will be the same as the the iPad app that surfaced earlier. There will be UI improvements to use it in the desktop interface, says the report.

We should know more details about the WhatsApp UWP app, new macOS app and the iPad app in the coming months.