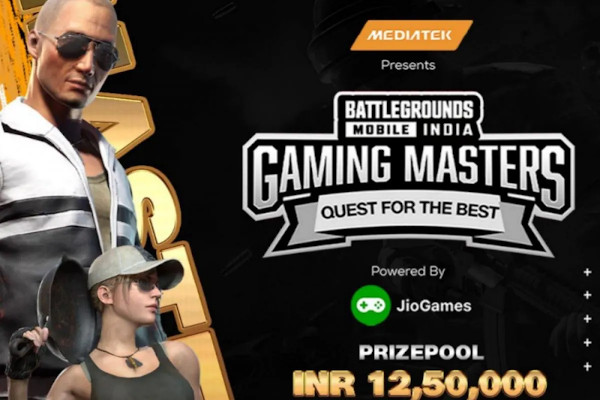 Reliance Jio has partnered with MediaTek to launch the ‘Gaming Masters 2,0’ e-sports tournament in India. The tournament, which will be open to all players in India, will be played on the latest Battlegrounds Mobile India (BGMI) game, and has a total prize pool of Rs. 12.5 lakhs.

This comes after a successful run in the first season with ‘Free Fire’ earlier this year, which attracted over 14,000 team registrations. This is available to both Jio and non-Jio users via the JioGames platform.

There will be a ‘Play & Win Daily’ series where gamers can participate every day, get rewarded, and also stand a chance to compete with professional teams for the ultimate championship.

Registrations for the  Gaming Masters 2.0 started today, November 12th on jiogames.com and will continue till November 21st.