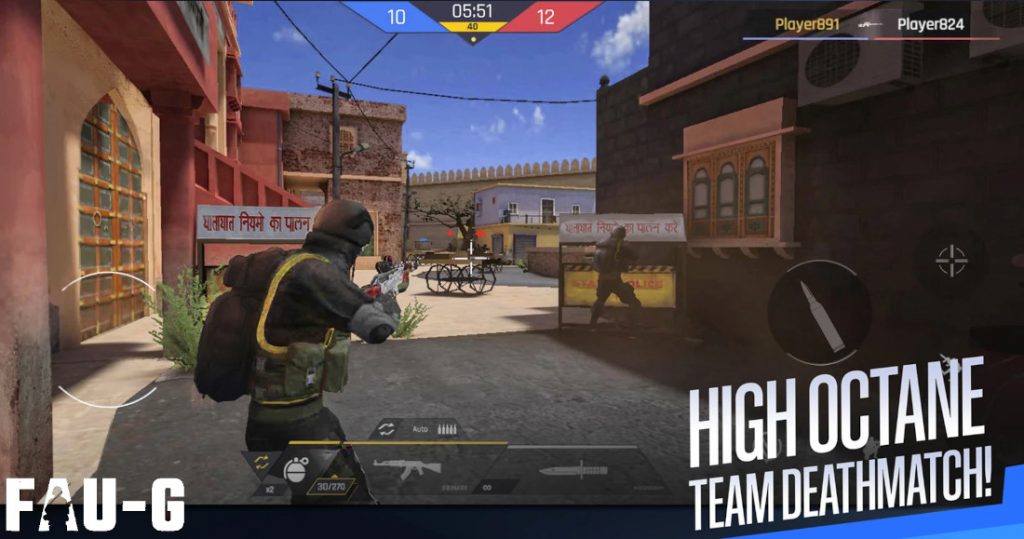 nCORE Games has launched FAU-G: Fearless and United Guards multiplayer beta after the campaign mode was released back in January. In the multiplayer version, you fight against a team of 5 in PVP team death match and there is a Bazaar map. You can also choose from a range of lethal weapons, and the beta version has 10 minutes time limit per match, and you need to kill 40 people or the team with maximum number of kills before the match ends wins.

Regarding the game, the company said:

Get into the campaign mode and become a valiant soldier OR get your battle buddies and stack your aiming and tracking skills against a team of 5 in an unforgivingly fast and hostile PVP team deathmatch mode. Choose from a range of lethal weapons and experience a soldier’s thrill and adrenaline rush at the forefront of battle! Experience fast action-packed gameplay in a closed sandbox with 5 opposing combatants and real-world inspired weapons.

Get into our first TDM map, Bazaar; a sub-urban environment, coupled with ample cover and vantage points to take that defining shot and cement your victory.