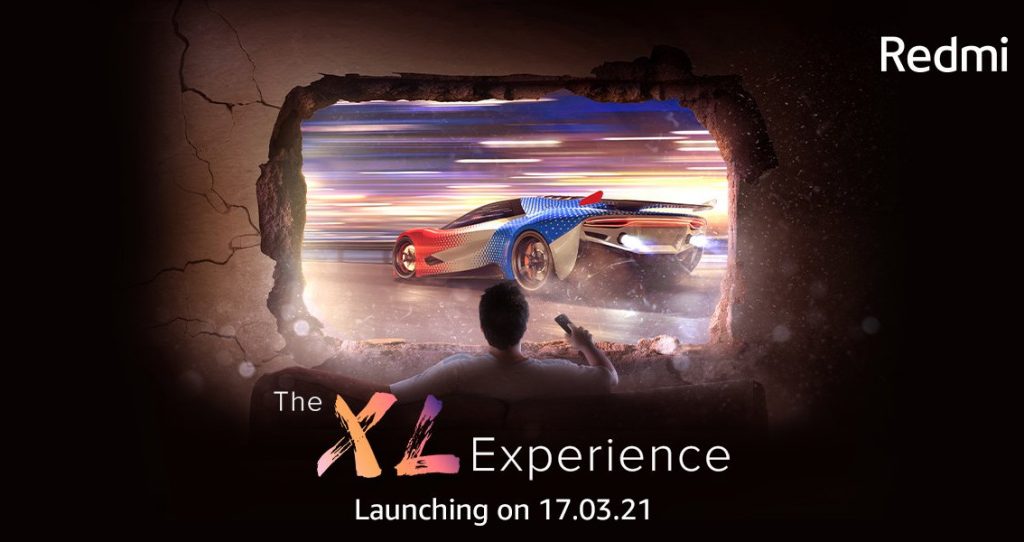 After a teaser at the end of the Redmi Note 10 series launch event the company today announced an event on March 17th to launch the first Redmi Smart TV in India, as per the teaser posted by the company. It says Bigger, better? Nah, we’re going straight to XL! Star-struck. This hints that the company might launch a large-screen TV in India. It will be sold on Amazon.in, in addition to Mi.com and  Mi Home stores offline.

#RedmiNote10 #RedmiNote10ProMax #RedmiNote10Pro were indeed a leap forward in our Note Series line up, however did you guys notice the easter egg at the end of the launch event?
🙂 pic.twitter.com/zW5UswFZ0g

The company already has 65-inch TVs in the Mi series in India, so there are chances for the company to launch its 70-inch Redmi TV, but it is not clear if we can expect the 86-inch model that was introduced in China recently.

Last week Xiaomi India Smart TV head Eshwar Nilakantan said these models will be ‘Made in India’. The company recently announced a partnership with Radiant to boost the production. The company already works with Dixon for local manufacturing of its smart TVs, who will also make the Redmi TVs. He added that out of five million TVs sold by Xiaomi, 3 million were Made in India TVs.

He added that Redmi smart TV are targeted at “much younger” customers compared to that served by Xiaomi, and that the brand aims to make smart TVs accessible to more consumers.

We should know more details about the Redmi TV model before it launches on March 17th at 12 noon.