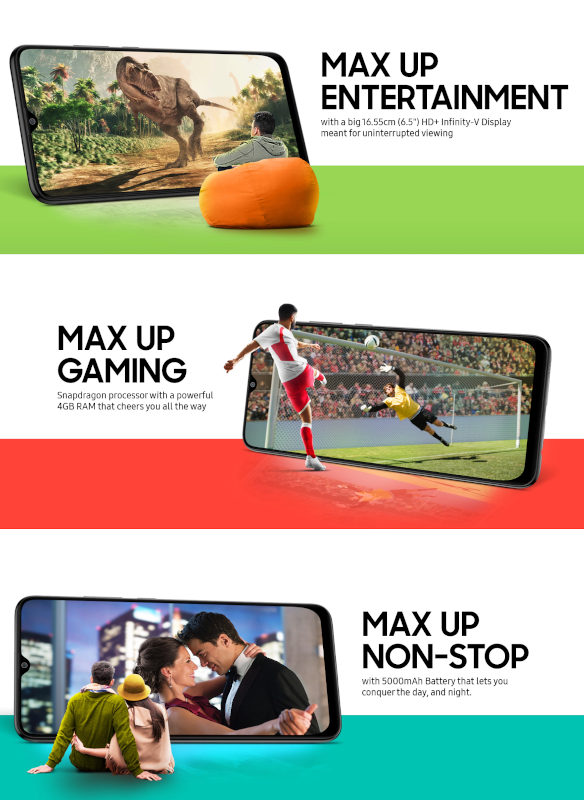 Based on earlier rumours the phone will be powered by Snapdragon 450 SoC, come in 3GB RAM with 32GB storage and 4GB RAM with 64GB storage options. Samsung says that the Galaxy M02s will offer the best of streaming, gaming, photography and browsing experience.

Samsung has also posted a new teaser video that shows volume rockers and the power button on the right side, bottom-ported speakers and triple rear cameras.

The Samsung Galaxy M02s will be priced under Rs. 10,000 and will be sold on Amazon.in in addition to Samsung India store. We should know more details including the exact price when it goes official on Thursday.