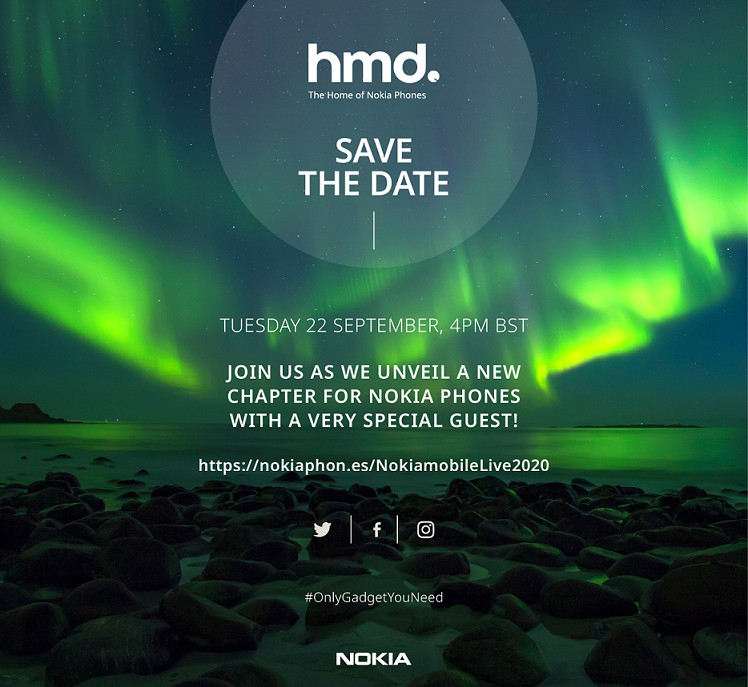 HMD Global has sent out invites for the launch of new Nokia smartphones on September 22nd in an online event. The company says that it will unveil a new chapter for Nokia phones with a very special guest. It also has a URL that says Nokia mobile Live 2020 that points to its Nokia Mobile YouTube page. It also has #OnlyGadgetYouNeed which it had already used for its partnership for the upcoming 25th Bond film ‘No Time To Die’.

Even though the company  had announced the Nokia 8.3 5G back in March, it is yet to start selling the phone, so it might reveal more details about it at the event. The company is also said to introduce new Nokia 7.3 smartphone which was allegedly spotted in the sets of ‘No Time To Die’, but we still don’t have any other details about the phone.

The company is also expected to introduce Nokia 2.4 and Nokia 3.4 smartphones at the event. We should get to know about the phones event it goes official next Tuesday. The event starts at 4PM BST (8:30 PM IST)