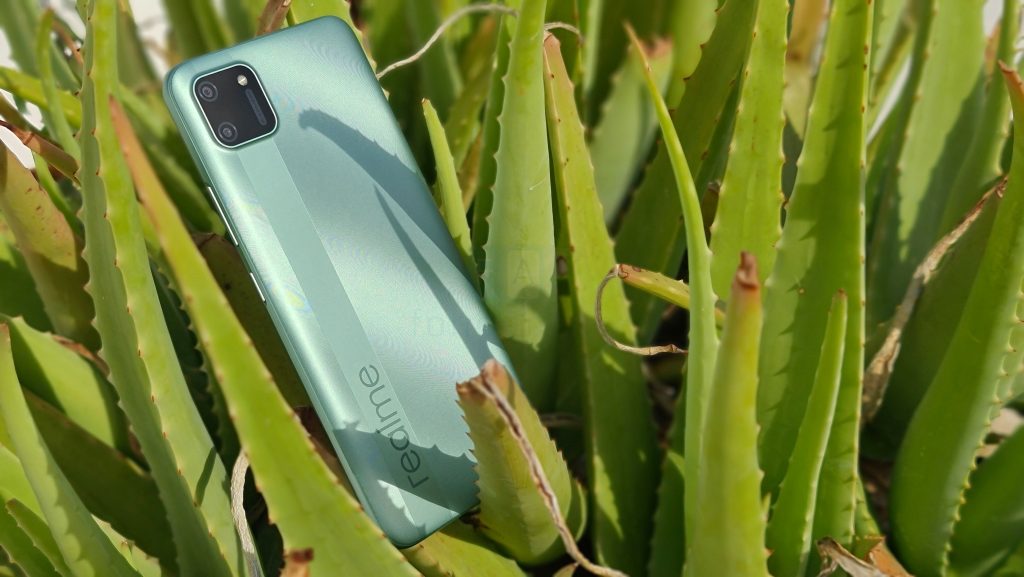 realme is in a launch spree lately and has been expanding its entry-level/ budget smartphone lineup rapidly in India. The company has been altering its product lineup in this segment by introducing new series like the Narzo 10 Series (Narzo 10, Narzo 10A) that was launched a couple of months back here. This exists alongside the realme C series and recently, the company launched a new model in the C Series line up in India — realme C11 with a refreshing design. We have been using the smartphone for quite sometime and let us find out how does it fare in real world usage. Here is our realme C11 review. 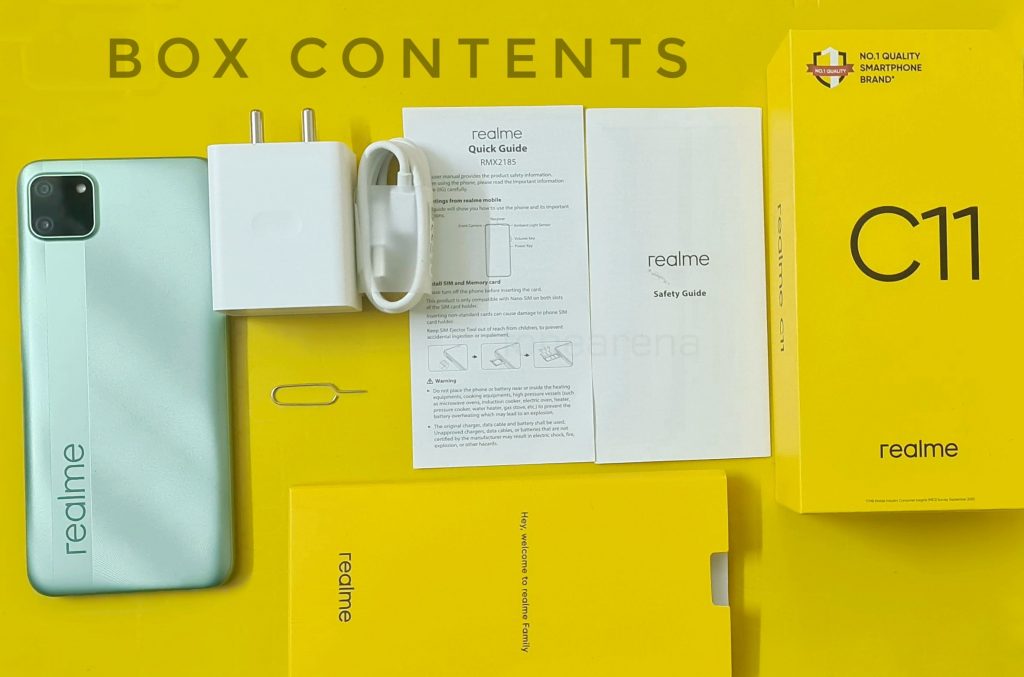 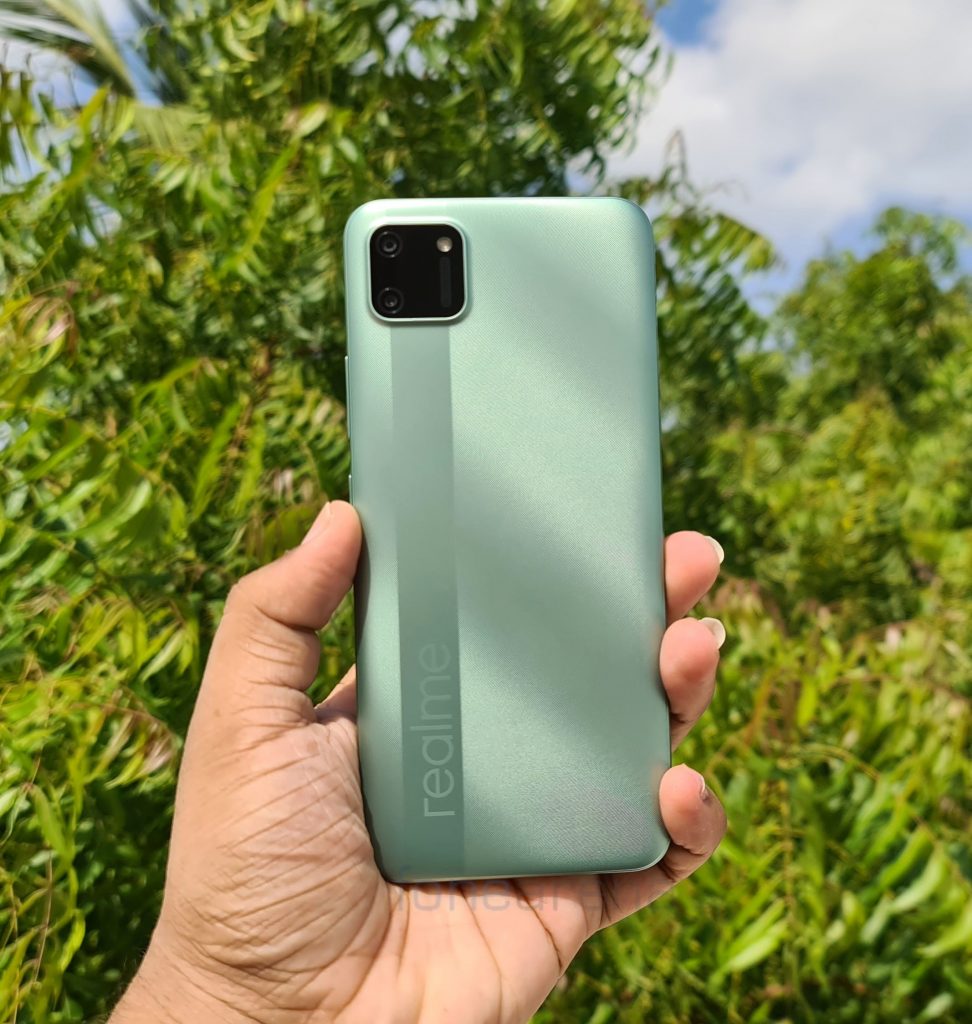 realme has adopted a new design language on the realme C11 smartphone and calls it ‘Geometric Art Design’. For starters, the vertical camera alignment is replaced by a square-shaped module that houses the dual 13MP+2MP cameras. The huge camera bump is gone now and the square-shaped camera module is kind of recessed on the back. Further, a vertical strip runs through the back and this is where the realme brand logo is present. Thankfully, the logo is not too big like the one in Narzo 10A. The ‘Rich Green’ color is subtle and pleasant, and the back panel has a textured finish to it which offers a good grip. For reference, the texture on the back of realme C11 is largely similar to the texture on the realme C3’s back. On the whole, the design change is a welcome move and is definitely refreshing.

Moving on, the button placements have been altered as well. Now, the volume rockers and the power button are present to the right edge of the smartphone and the Dual SIM + microSD tray is present to the left edge. To recall, the realme C3 had the volume rockers and the Dual SIM + microSD tray to the left edge and the power button was present to the right edge. The bottom houses the 3.5mm audio jack, primary microphone, micro USB port, and a speaker grille. The top part is left clean and there is no fingerprint scanner on this as well. 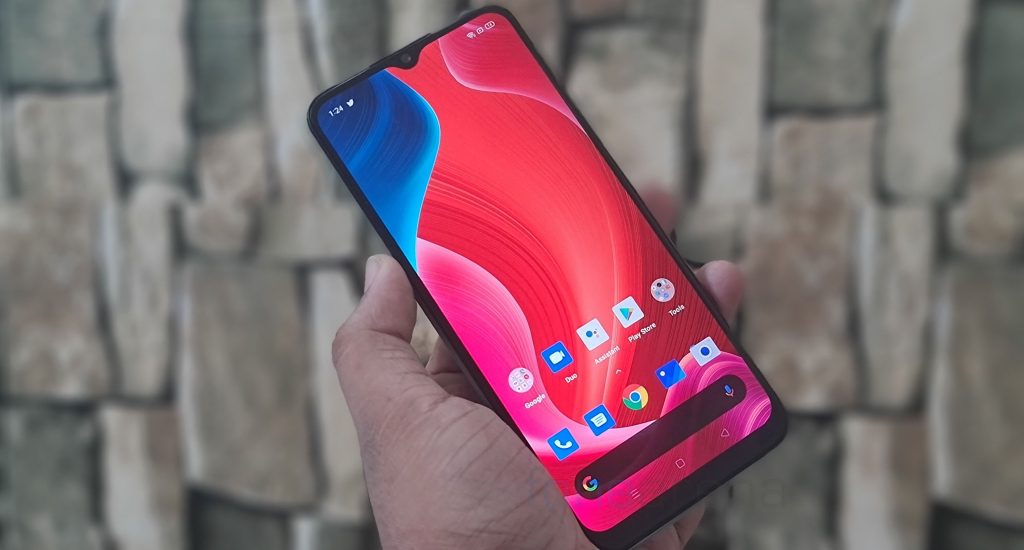 Coming to the display, the realme C11 sports a 6.52-inch (1600 x 720 pixels) HD+ 20:9 mini-drop display with Corning Gorilla Glass 3+ protection, 269 dpi, and an 88.7% screen-to-body ratio. It has a mini-drop notch at the top with narrow bezels on the sides and thick chin. The display quality is quite good with vivid colors and good viewing angles. Thankfully, it is not over saturated out-of-the-box and you can adjust the color temperature (Cool, Default, and Warm) from the display settings menu. That said, the sharpness isn’t the best as it is just HD+ panel and the outdoor visibility is strictly average as well. On the whole, the display quality is similar to that of realme C3 and Narzo 10A. 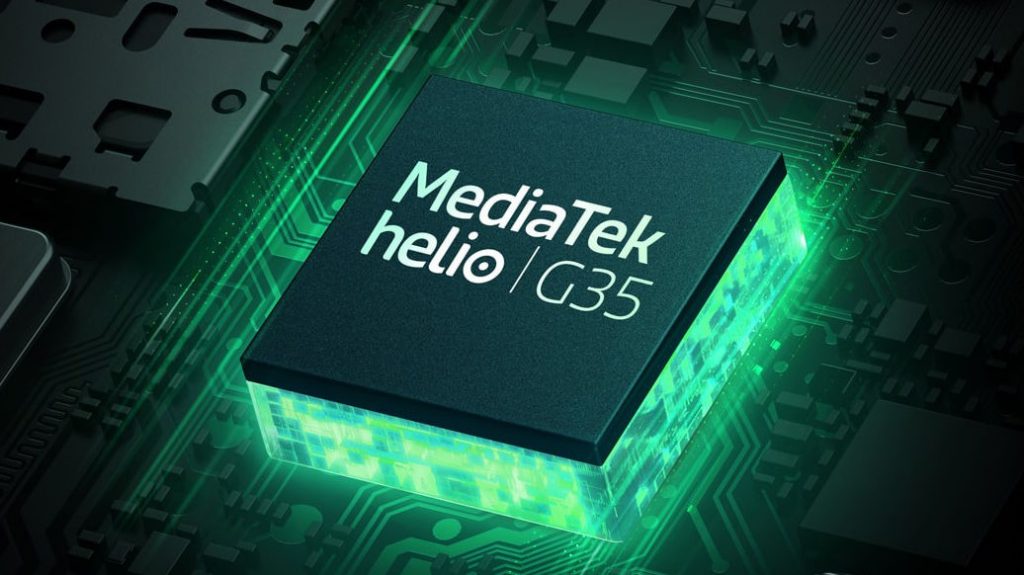 In our first impressions, we mentioned that the UI was sluggish and there were lags in most places of the UI. That still holds true even now as a complete factory reset didn’t help much either. Casual apps run fine on this device, but they are slow to load owing to the slow eMMC 5.1 storage and multitasking isn’t smooth either. In our testing, it retained 2-3 apps in the multitasking tray before booting them out of the memory. Moreover, there are noticeable stutters when you jump between apps and the 2GB RAM is definitely a bottleneck on the realme C11. 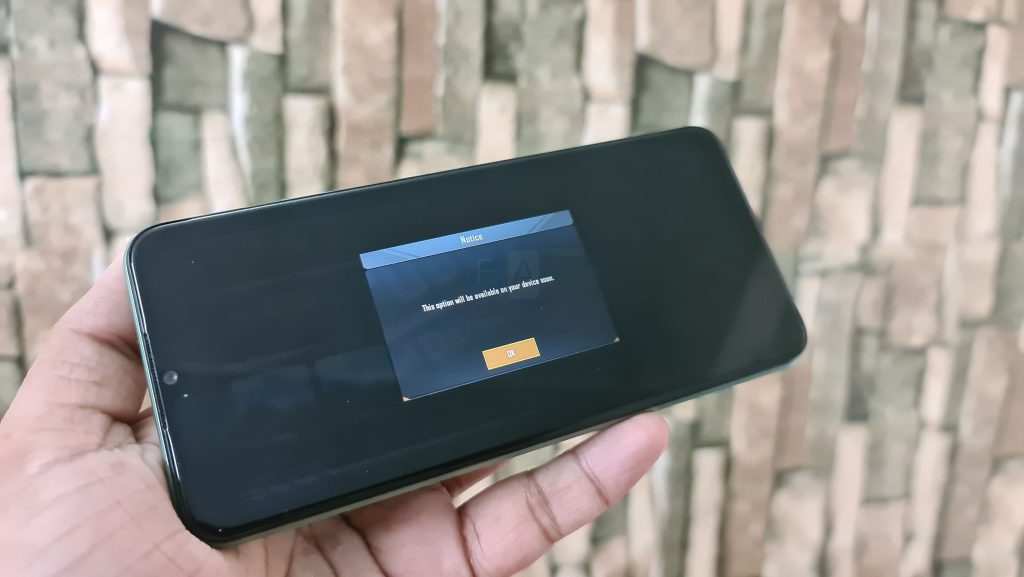 Coming to gaming, the dedicated game space kicks in and comes as a saviour, kinda. Casual games like Temple Run 2, Leo’s Fortune run smoothly without any hiccups, and in graphic intensive games like Asphalt 9 Legends, Real Racing 3, the frame drops are noticeable. That said, the game is definitely playable for the most part. When it comes to PUBG, the graphic quality available is either Smooth+Low or Balanced+Medium. There is no support for HD playback on PUBG on the realme C11. Similar to Asphalt 9, Real Racing 3, the gameplay in PUBG Mobile is decent, but there are random frame drops.

The disappointing factor of the realme C11 is its performance and the company could have offered at least 3GB RAM on this device as the low RAM ruins the overall user experience, at least for the most part. 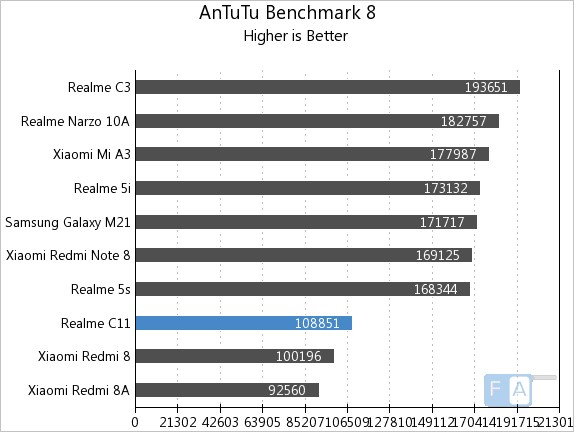 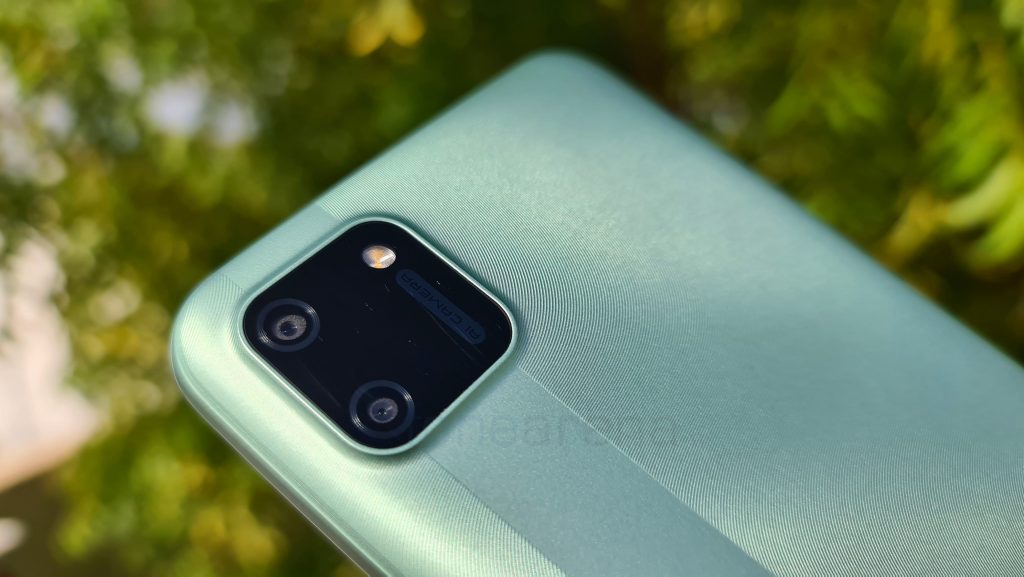 As for the cameras, there are dual rear cameras housed in a square-shaped module and it is a combination of a 13MP (primary with f/2.2 aperture, 1/2.72″ sensor size) + 2MP (depth with f/2.4 aperture). The front-facing camera is a 5MP shooter with f/2.4 aperture, 1/4.4″ sensor size and the video recording is capped to 1080p at 30fps on both the cameras. There is a slew of camera modes like HDR, Portrait Mode, AI Beauty, Filter Mode, Panoramic View, Time-lapse, Slo-mo, Super, NightScape, and Expert Mode.

The dual rear cameras are housed in a square-shaped module and largely, the optics are refinement from the previous versions. When it comes to the image quality, the pictures captured in daylight and natural lighting conditions come out good with good contrast and decent details. The dynamic range is improved as well and tricky backlight shots are handled quite good by the realme C11. Thankfully, the pictures aren’t too saturated by default, and they look natural. The camera tends to boost the greens on some occasions, but it is largely improved from previous models. The portrait mode works as expected and the edge detection is decent as well. 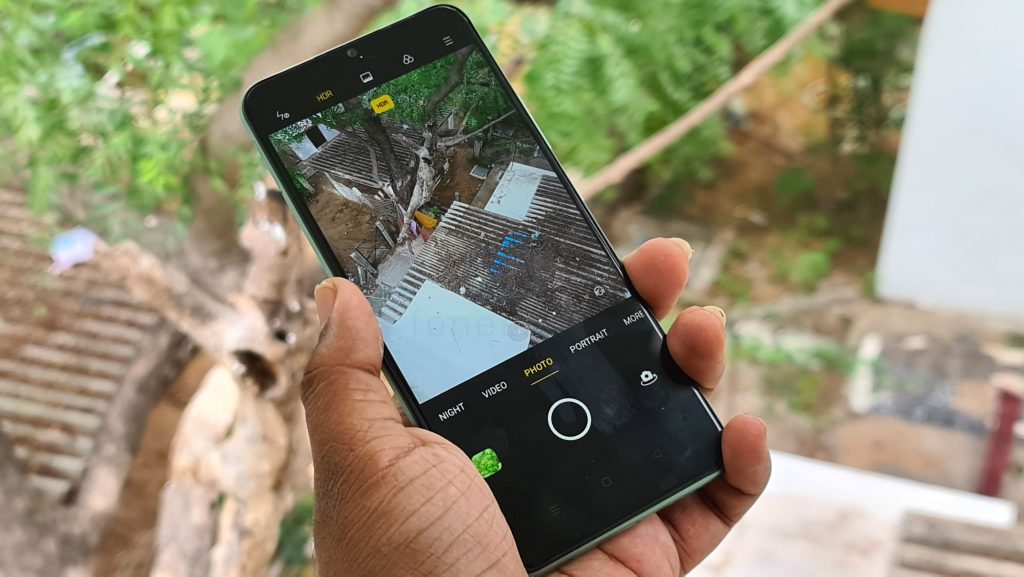 Low-lightning conditions are where many entry-level smartphones struggle and it is the same with the realme C11 as well. The pictures aren’t that great and a considerable amount of noise creeps in. Night-mode helps in getting usable image and thankfully, it isn’t removed like on the Narzo 10A which lacks a dedicated night mode. Coming to the selfies, they are strictly average and the front camera struggles in getting the exposure right. More often than not, the highlights are blown and the shots end up as strictly average. 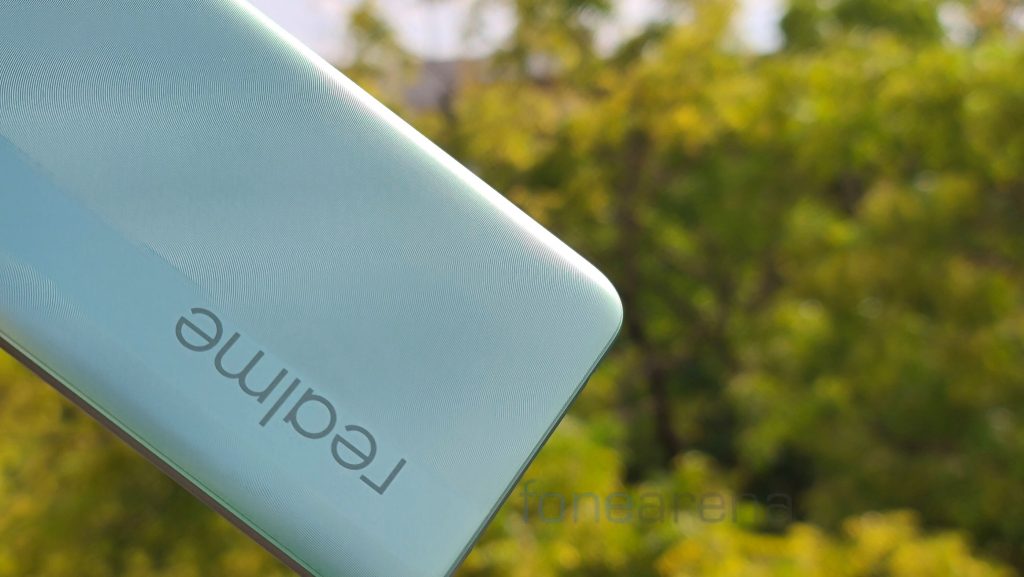 Moving on, in terms of video recording, the realme C11 can shoot up to 1080p at 30 fps and has support for slow-motion video as well. The video quality is quite good with decent details and stability. Fortunately, there is full support for Camera2API including RAW support, but it to be seen if a working Google Camera port will be available or not. 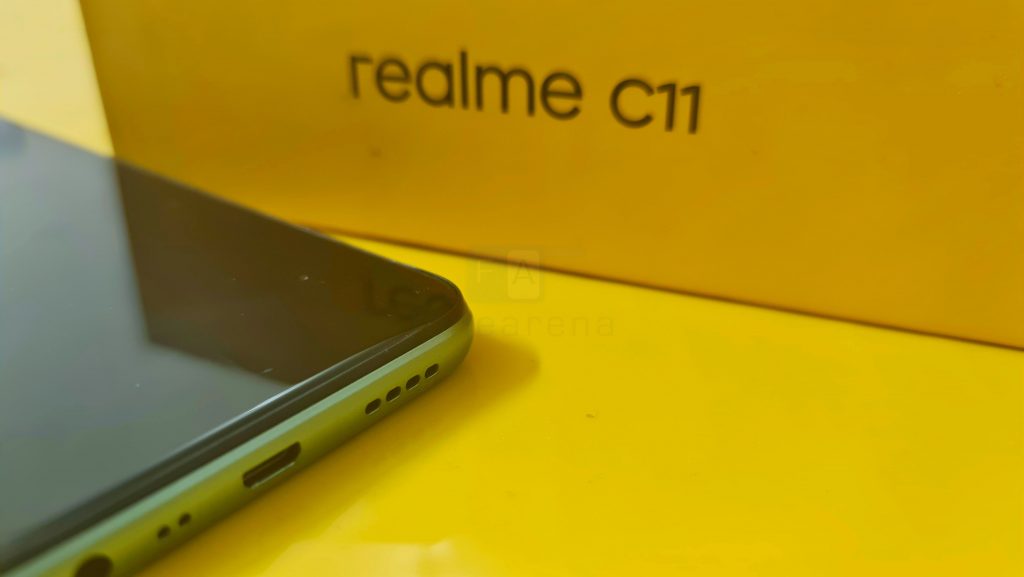 When it comes to connectivity, the realme C11 supports Dual 4G SIM cards and has a dedicated micro SD card slot (expandable up to 256GB) as well. On the Wi-Fi front, it supports only Wi-Fi 802.11 b/g/n standard and not the 5GHz band (802.11ac), which we can’t expect in the price range. There is support for Bluetooth 5.0, GPS/ GLONASS, 4G VoLTE and Wi-Fi calling out-of-the-box. We tested with Dual SIM cards and there were no issues with call quality, and it worked seamlessly. The transition from Wi-Fi calling to cellular is smooth as well and works as expected. 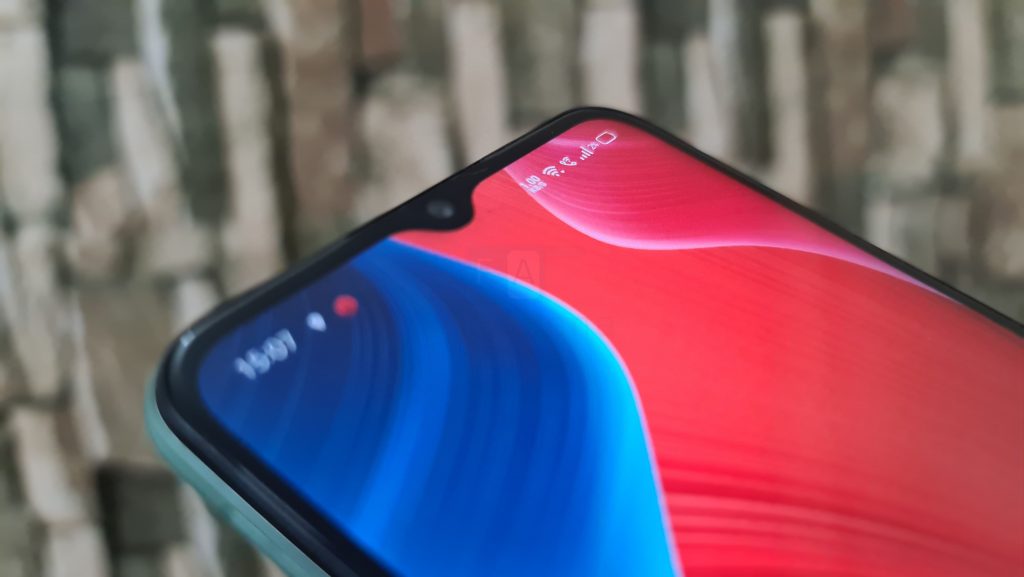 Backing up the realme C3 is large 5000mAh non-removable battery and in short — we were impressed by the battery life on this one. The standby drain is very minimal and it can easily last one and a half days with casual usage (like browsing, social media, voice call, editing documents, etc). With medium to heavy usage, you can expect over a day’s of battery life. Realme also promises 40-day “super long standby” on this smartphone. 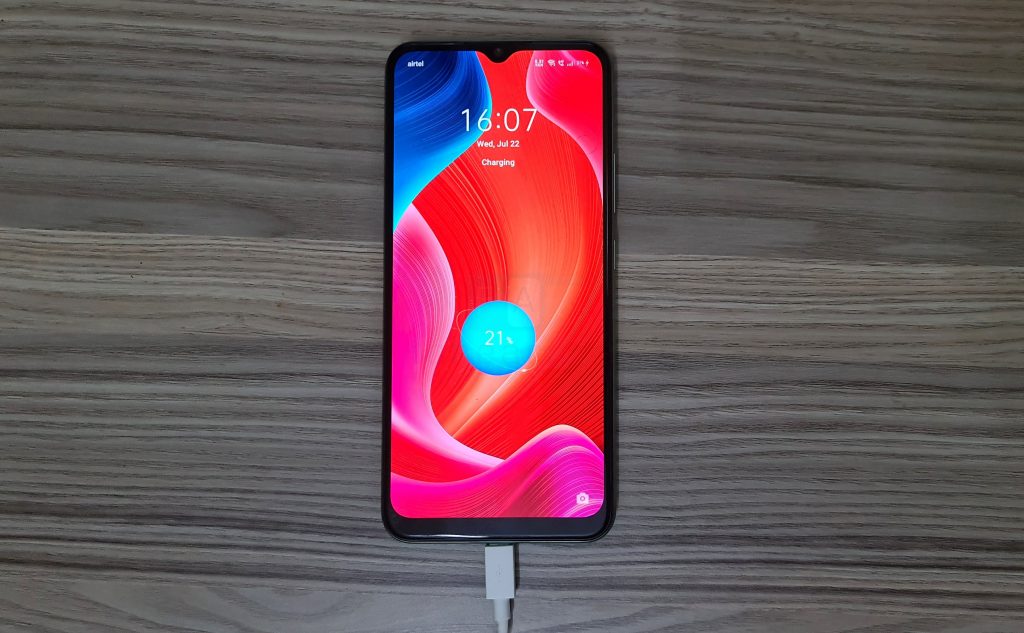 It charges through a micro USB port at 10W speeds and takes around 3 hours for a full charge. The realme C11 got a FoneArena One Charge Rating of 20 hours 31 minutes which is very good and better than older realme phones with 5000mAh battery. 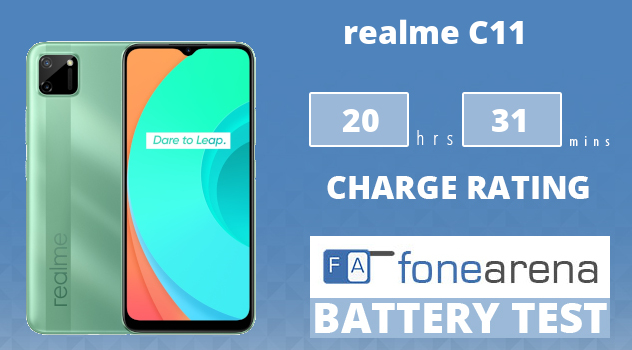 It achieved a One Charge Rating of 20 hours 31 minutes, which is better than Narzo 10A and realme C3. 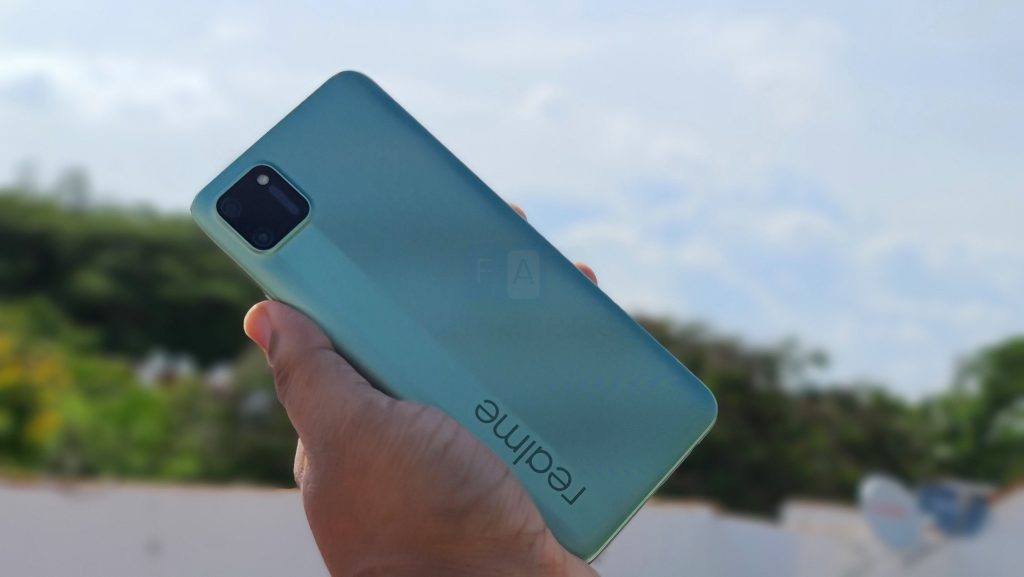 Realme C11 is priced at Rs. 7499 for the single 2GB+32GB variant and comes in Rich Green and Rich Gray color options. The C11 scores high on design and the overall aesthetics, but falls short in performance. The low RAM is definitely a bottleneck and doesn’t give the best user experience. On the other side, the battery life is solid and the optics are quite good as well. That said, we would recommend you to spend a bit more and get the realme Narzo 10A instead as it offers far better and smooth performance along with better security with a physical fingerprint scanner. You can check out the  review of Narzo 10A here.