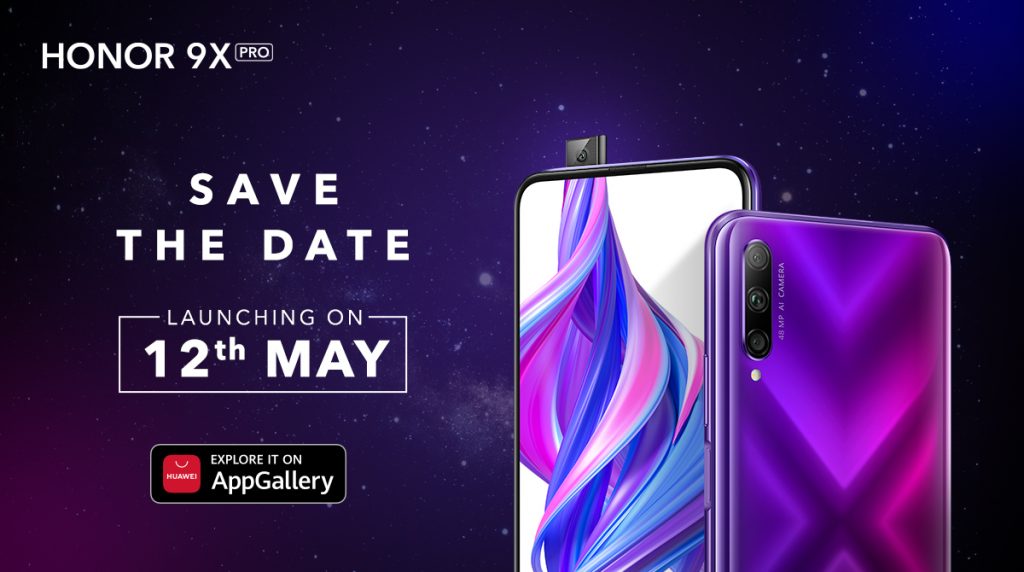 Earlier:HONOR has sent out invites for the launch of AppGallery, which is the company’s own app store. It also says that there will be a preview of HONOR’s upcoming smartphone HONOR 9X Pro, but it doesn’t confirm the launch. 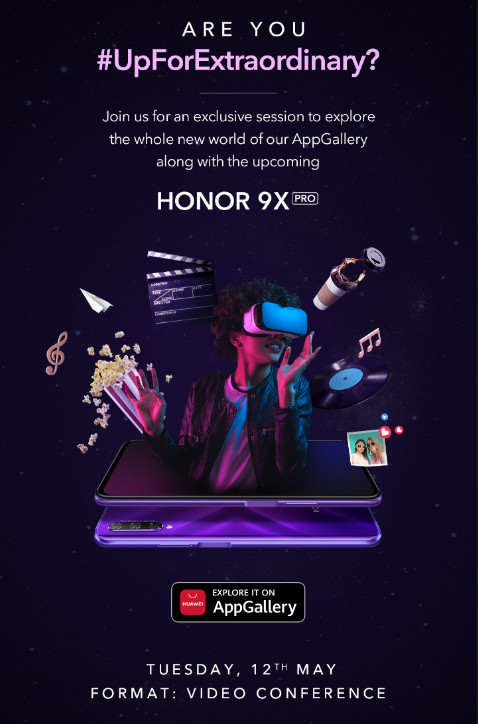 Earlier: HUAWEI’s HONOR brand launched the 9X Pro smartphone for global markets earlier this year and after 3 months, now the company is all set to launch the HONOR 9X Pro smartphone in India. It comes after the launch of HONOR 9X with Kirin 710 SoC in January.

The tweet posted by HONOR India reads “Whatever you are passionate about, get the speed you need with the Kirin 810. #UpforEXtraordinary” and it is indeed the launch of the HONOR 9X Pro as the company accidentally leaked the name in a tweet which is deleted now. While the launch date is not revealed by the company yet, the IANS report suggests that it will be launched on May 12 and will be available on Flipkart.

It is said to be priced between Rs. 15,000 to Rs. 20,000 and come pre-loaded with HUAWEI AppGallery instead of Google Play Services and Play Store. We will know more information on this in the coming days.

To recall, the HONOR 9X Pro flaunts a 6.59-inch FHD+ no-notch LCD screen, is powered by Kirin 810 7nm SoC with GPU Turbo 9.0, 6GB RAM, NINE liquid cooling that can bring down the temperature by up to 5°C, runs Android 9.0 (Pie) with EMIUI 9.1, but with HUAWEI Mobile Services (HMS). It has a 48-megapixel rear camera, 8-megapixel ultra-wide-angle lens and a 2-megapixel depth sensor, 16-megapixel pop-up front camera, side-mounted fingerprint scanner and pack a 4000mAh battery.