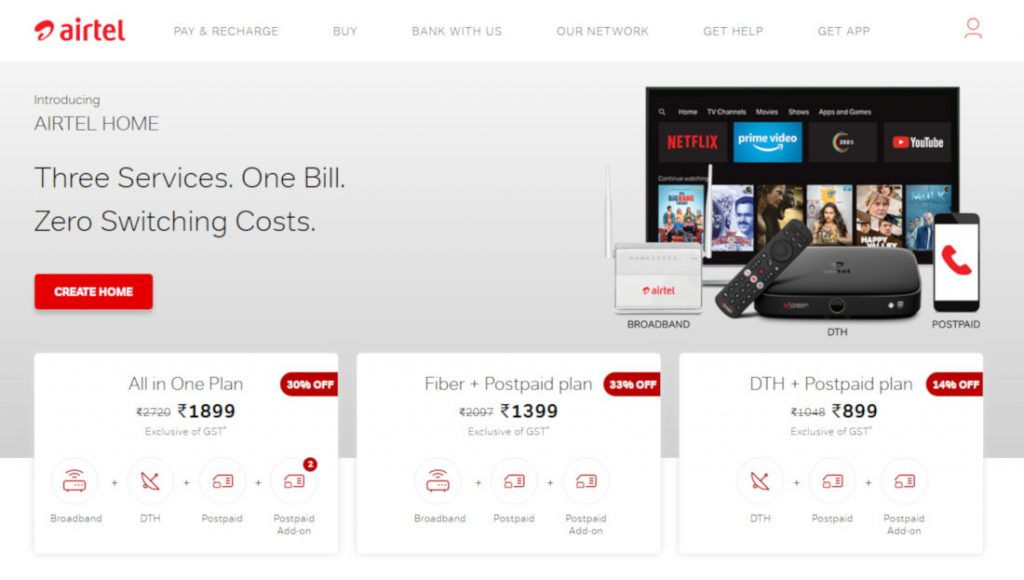 Airtel has launched new Home Plan that lets you combine your existing Airtel postpaid, Airtel Broadband connection and Airtel DTH connection under one bill and get several benefits including discounts. If you have one postpaid connection, Broadband or DTH, you can combine them, but a postpaid connection is compulsory. It was rolled out way back in 2018 in Hyderabad as a beta.

Airtel says that you can also combine existing Broadband, Postpaid and DTH connections, but you will have to migrate to the new plans. Airtel pre-paid connection can also be ported to Airtel postpaid to avail these plans.

Entertainment worth ₹2997  and Benefits Worth ₹3500 with Airtel Home plans

The Airtel Home plans are currently available only in Panchkula, Chandigarh, Mohali, Kharar and Zirakpur and can be accessed through Airtel website. We can expect Airtel to expand these plans to other cities soon.