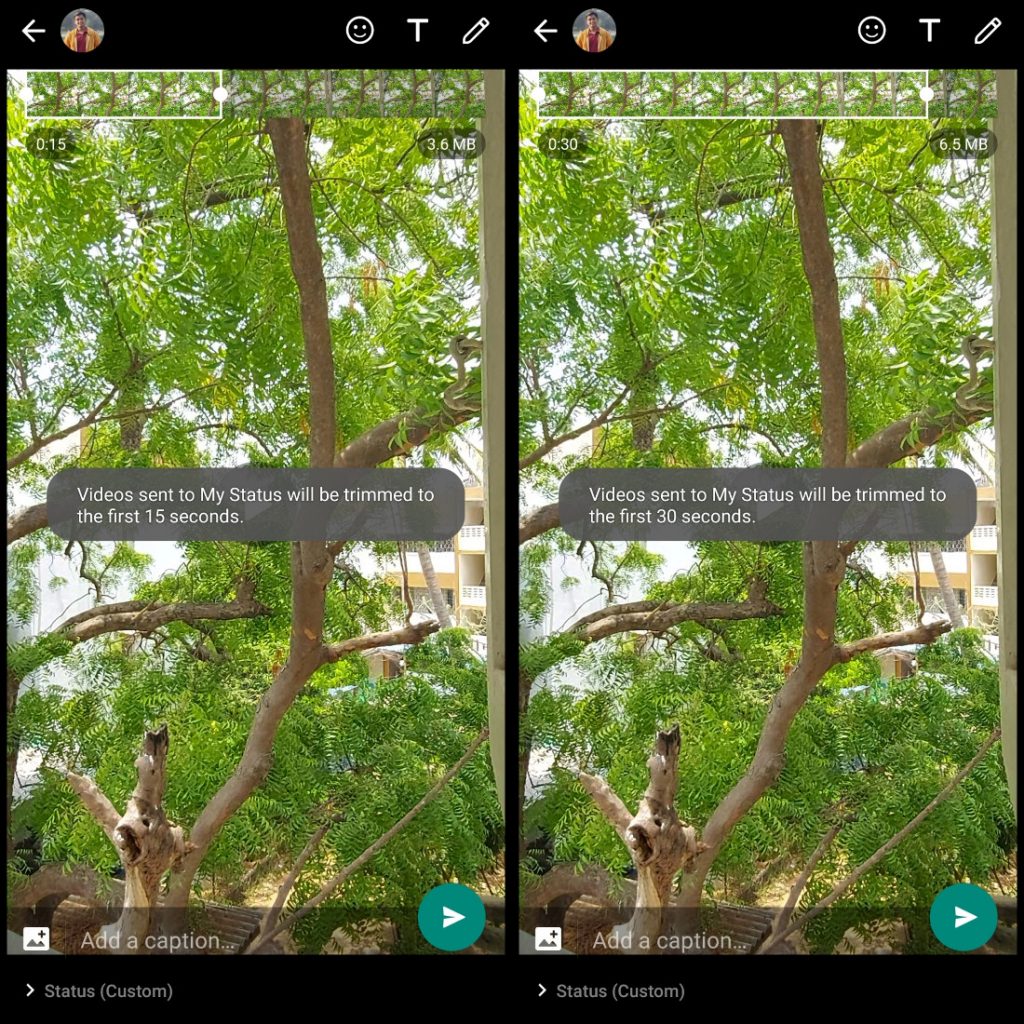 Earlier: March 29, 2020 — Back in 2017 WhatsApp introduced status feature that allows users to post photos, videos and GIFs that disappear after 24 hours. At the time of launch WhatsApp allowed 90 seconds to three minutes of video and if the existing video is larger than 16MB if gave an option to trim the length of the video before sending it. Later the limit was reduced to 30 seconds.

Now WhatsApp has reduced the limit from 30 seconds to 15  seconds in India, which is a temporary move to reduce the server traffic since a lot of people have started sharing videos in status after the recent lockdown in the country. This is a server-side change which is already rolling out to stable users gradually, so beta users should also see the changes soon.

Earlier this week Netflix, Amazon Prime Video, Hotstar, Facebook and other video streaming services in India started lowering video quality from HD to SD quality when content is streamed over cellular connections. YouTube has already made Standard Definition (480p) as the default for streaming content worldwide, including India until April 14, but you can change it to HD once it starts playing.