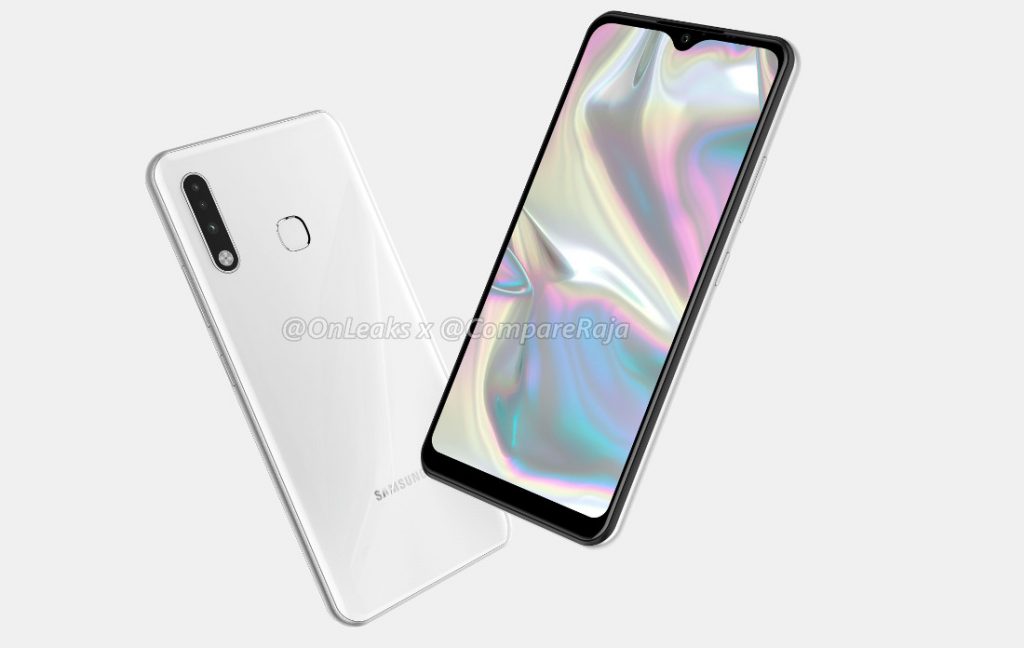 Samsung introduced the Galaxy A70 smartphone back in March last year and the Galaxy A70s, its successor was introduced later. Now the renders of the Galaxy A70e, a cheaper version has surfaced. This shows a flat screen with waterdrop notch, which is said to be around 6.1-inch inches, compared to 6.7-inch curved AMOLED screen, and also has slightly large bezels around the screen.

It also shows rear-mounted fingerprint scanner compared to the in-display fingerprint scanner in the A70 and the A70s. It is said to sport a micro-USB port instead of the USB Type-C port, loudspeaker grill on the bottom, 3.5mm audio jack on the top and measure 156.8 x 76.45 x 9.35mm (9.45mm including rear camera bump). The phone is said to pack triple rear cameras, arranged vertically, unlike the rectangular design in its latest phones.

We still don’t have any other specifications of the phone, but we should know more details in the coming months.