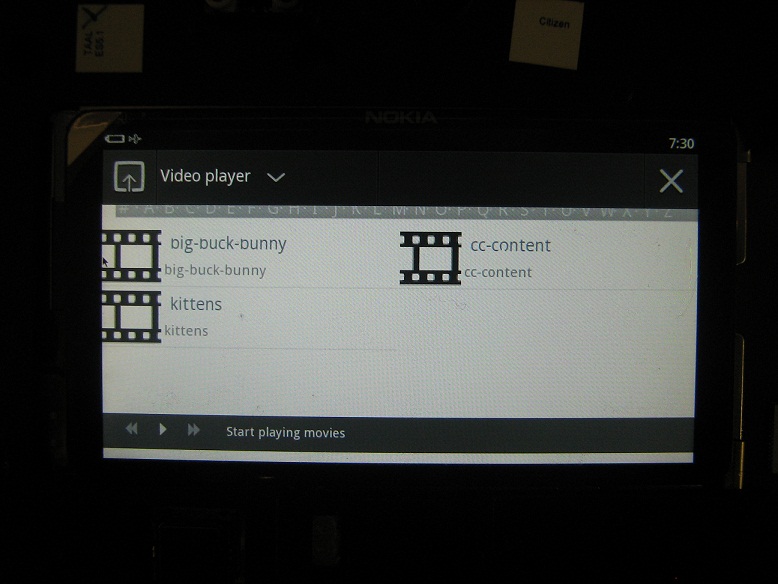 This device is very different from the device previously rumoured as the Nokia N9-00. This device seems to be sporting a larger display also doesn’t seem to have a QWERTY keyboard.

Also the placement of the Nokia logo and the above mentioned characters give us the sense that this is the Nokia tablet that’s been rumoured. However, we also heard that there will be a Nokia N9-01 which is another MeeGo device but without the QWERTY keyboard and a different design.

The device in the picture seems to be an early prototype of sorts since the full body is not seen. Anyway whatever it maybe, the device looks very interesting and lets hope for an official announcement very soon.