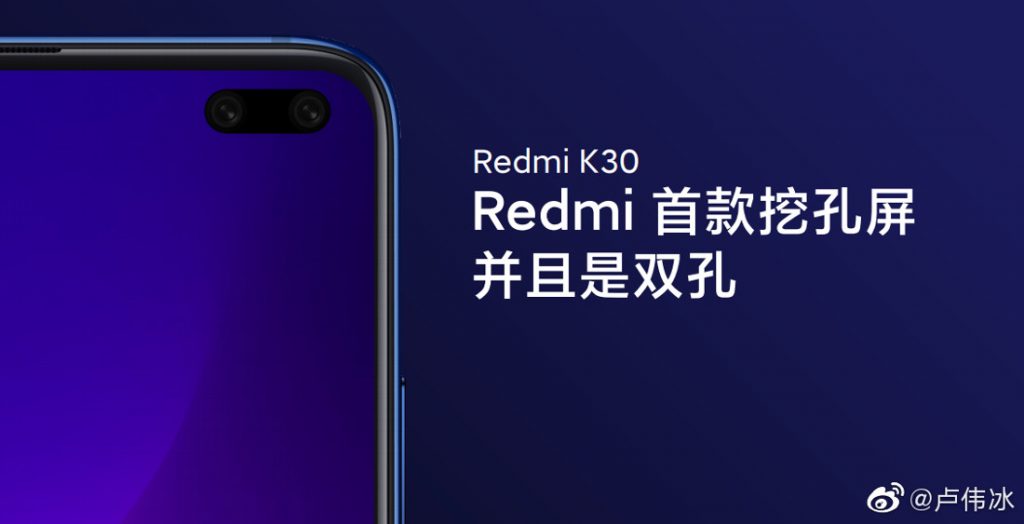 Update:  November 19, 2019 — At the Xiaomi Developers Conference was held in Beijing yesterday, CEO Lei Jun confirmed that the K30 will be introduced in China next month. Earlier rumors said that it will be powered by Snapdragon 735 (Snapdragon 7250) 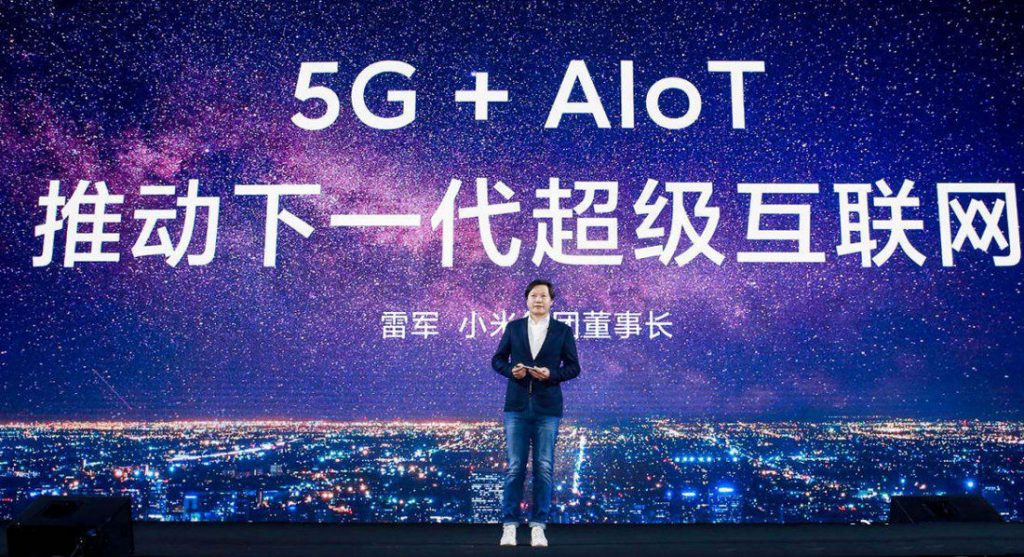 Earlier: Xiaomi’s Redmi brand already confirmed 5G support for the Redmi K30. Redmi General Manager, Lu Weibing, today at the Redmi 8 and 8A launch in China confirmed that the K30 will be feature dual punch-hole front cameras. We had already seen a similar setup in Samsung Galaxy S10+ smartphone earlier this year. This will also be the first Redmi phone to support a punch-hole display. 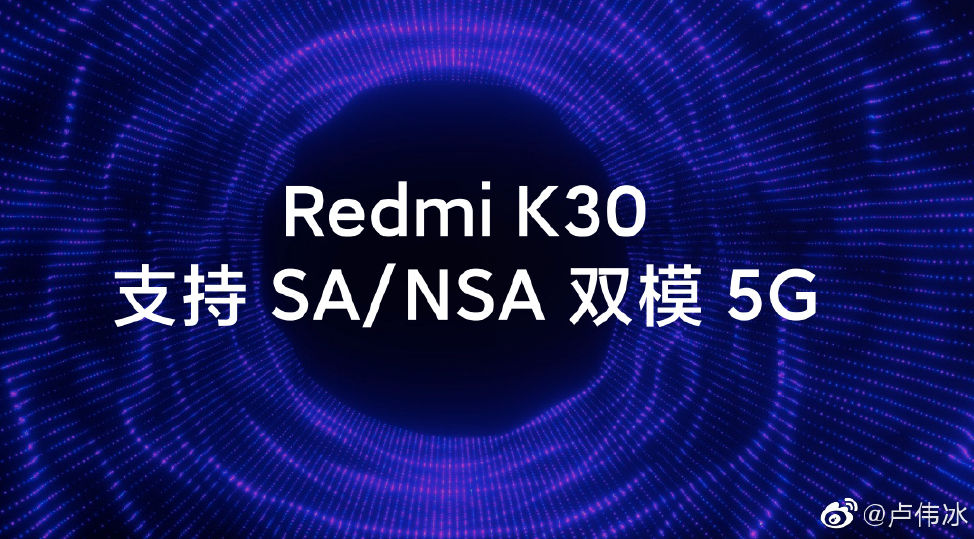 This will also come with support for 5G stand alone and non-stand alone (SA/NSA) sub-6GHz networks. Last month Qualcomm announced expansion of 5G support for older 7 Series and 6 Series in 2020, so the K30 could use Snapdragon 7 series 5G Mobile Platform with support for both SA and NSA dual mode 5G.

We still don’t have any other specifications of the phone, but we can expect in-display fingerprint scanner, improved cameras and possibly a bigger battery since it has 5G support.