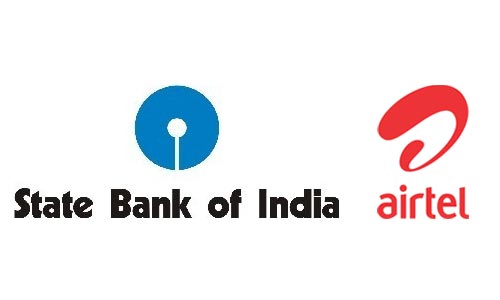 State Bank of India (SBI) and Bharti Airtel have announced a joint venture to offer banking services to consumers who don’t have access to traditional banking services.   Consumers can open a bank account with SBI at Airtel’s customer service points and avail banking services.We are really trying to get more information how this tie-up with actually work and what part of it is mobile banking. But for now we only have the official statement.

Find the press release below

New Delhi, 12th January 2011: State Bank of India, the country’s largest commercial bank, and Bharti airtel, India’s largest telecommunications company, today announced that they have entered into a Joint Venture (JV) agreement to make available banking services to India’s unbanked millions. The newly formed entity, will harness the power of State Bank’s strengths and airtel’s mobile telephony to add value to the banking and financial services sector and empower millions of financially excluded in the country to enhance their livelihood and quality of life. The Joint Venture will become the Business Correspondent of SBI and offer banking products and services at affordable cost to the citizens in unbanked and other areas.

Speaking on the occasion, Mr. O. P. Bhatt, Chairman, State Bank of India said, “State Bank of India has always been in the forefront of Financial Inclusion initiatives. More than 67% of its massive (13,000) branch network is in rural and semi urban areas. In the last four years, the bank has set up more than 15,000 Customer Service Points of Business Correspondents as well as 13,000 Business Facilitators, to increase its outreach. The Bank has already reached out to more than 1 lakh unbanked villages. This joint venture which brings together the commitment of two of India’s greatest institutions, one in the financial services sector known for its innovation and dedication to the under privileged sections of the society, the other in mobile telephony whose drive for growth and excellence is unmatched, will enable the bank to fulfil its mandate of reaching out to every Indian leveraging the distribution network of airtel to provide banking services in a cost effective and secure manner. With this, we look forward to taking the benefits of banking to the Indian masses and building a more inclusive society thereby carrying forward State Bank’s vision of being the Banker to every Indian”.

Commenting on the partnership, Mr. Sunil Bharti Mittal, Chairman and Managing Director, Bharti airtel said, “This historic collaboration between SBI and airtel brings together two sectors that have made the most impact in addressing inclusive growth. The services offered by the JV will enable financial inclusion and economic empowerment for people across India. This will be a complete game changer, leveraging SBI’s expertise in the banking sector along with airtel’s 150 million strong customer base and ecosystem of over 1.5 million retailers and distributors across India. Together, we will create a scalable operation that will address the banking requirements of millions of Indians through the mobile platform.”

With the penetration of mobile teledensity standing at a strong 60 percent, the market possesses great potential for a collaboration that combines the strengths of both banking and telecom sectors.

airtel is the country’s largest telecom operator, present across 5,101 towns and more than 500,000 villages, with its network covering 85% of India’s population carrying an average of over  200 billion minutes per quarter. airtel will leverage its strength in distribution, highly scaled product and service design, low-cost operations and technology in making inclusive financial services a viable model.

SBI is the largest commercial bank in India with more than 13,000 branches (8,800 in rural/semi urban areas) serving 210 million accounts  and peak transactions of about 43 million per day. SBI is rightfully ‘the banker’ to every Indian, has the consumer’s trust and has been at the forefront of driving inclusive growth.

The JV as Business Correspondent will engage airtel’s retailers as Customer Service Points (CSP) all over India in a phased manner. With this, existing and new airtel mobile customers will be able to visit these outlets and open new SBI bank accounts and avail of other banking products and services available at the CSPs. Additionally, existing SBI customers will also get serviced at these outlets.

This partnership between India’s leading mobile and banking service providers represents a first-of-its-kind collaboration aimed at making the concept of inclusive banking a reality for customers in India.

The JV incorporation between SBI and airtel will be concluded by 31st March, 2011.