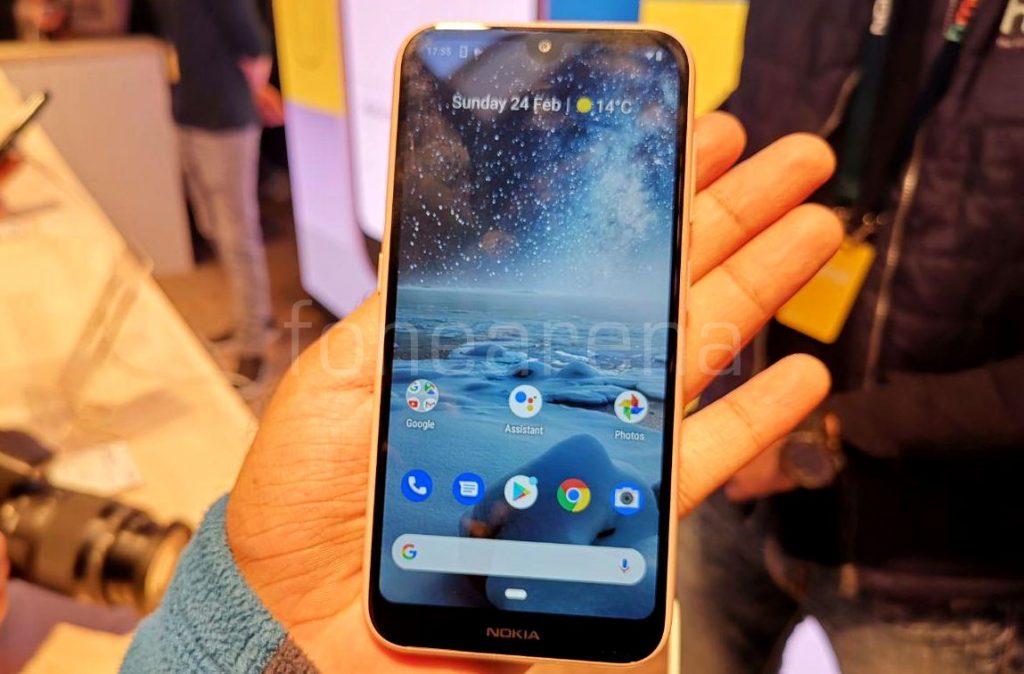 Nokia launched the Nokia 3.1 smartphone in India in July 2018 and it was mainly aimed at the offline market. The successor to the Nokia 3.1 i.e., Nokia 3.2 and Nokia 4.2 smartphones were announced by HMD global MWC this year and the company said that smartphones will roll out from April. 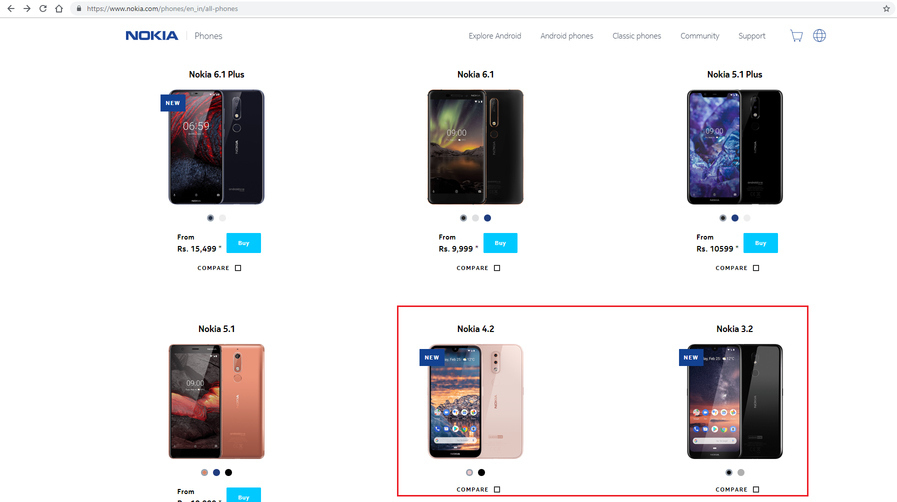 In the same lines, today, Nokia 3.2 and Nokia 4.2 have been listed officially on Nokia India website and it looks like the launch in India is imminent.

Nokia 3.2 smartphone is powered by the Qualcomm Snapdragon 429 processor and is coupled with 2GB/3GB RAM. The graphics duties are handled by the Adreno 504 GPU. It flaunts a 6.26-inch HD+ a-Si TFT LCD with selfie notch and since it is an Android One phone, it runs on Android 9 Pie.

Nokia 3.2 comes in two variants i.e., 2GB RAM with 16GB storage and another model with 3GB RAM and 32GB internal storage. Regarding the camera, it packs a 13MP rear camera, f/2.2 aperture, 1.12um pixel size. The phone features a fingerprint sensor on the rear and also supports Face Unlock. The phone’s power button also acts a notification light key which blinks when you receive a notification. There is a dedicated Google Assistant Button.

Nokia 4.2 is powered by the Snapdragon 439 processor, up to 3GB RAM and flaunts a 5.71-inch HD+ waterdrop notch display. It runs on Android 9.0 (Pie), has a 13-megapixel rear camera along with a 2-megapixel secondary camera for portrait shots and an 8-megapixel camera on the front.

It has a glass back, rear-mounted fingerprint scanner and packs a 3000mAh battery. The power button of the phone acts a notification light, and it also comes with a dedicated Google Assistant button.

We should know the launch date soon.