Xiaomi launched the Redmi 6A and Redmi 6 smartphones in India last yera running MIUI 9.5 based on Android 8.1 (Oreo) update, and the stable MIUI 10 OTA update for the phones rolled out soon after. Today the company has rolled out new MIUI 10.3 Stable update for both the phones, after the Redmi 4. 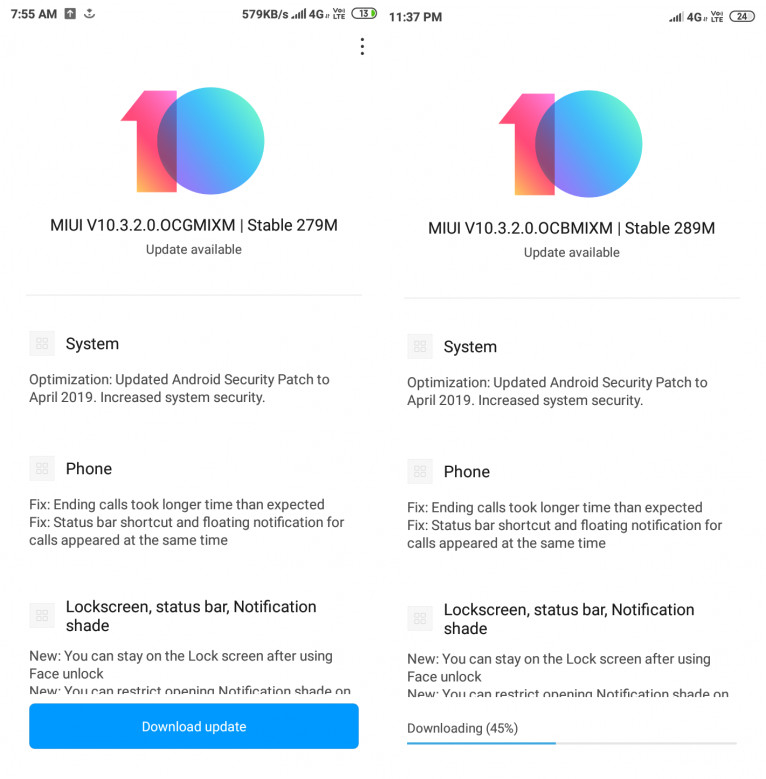 Xiaomi recently dropped plans to offer Android Pie update for the phones, but these phones will continue to get MIUI updates.

The Xiaomi Redmi 6 and Redmi 6A MIUI V10.3.2.0.OCGMIXM update are 279MB and 289MB in size and also include Android security patch for April, 2019, but some are reporting that Redmi 6 still shows March security patch. It should roll out widely in the coming days. We will also add the download links soon. Check out the complete change log below.

Settings
Fix: Sync page couldn’t be refreshed whenever sync was turned on or off in the Notifications shade

Recents
Optimization: App names were truncated when text size was set to large