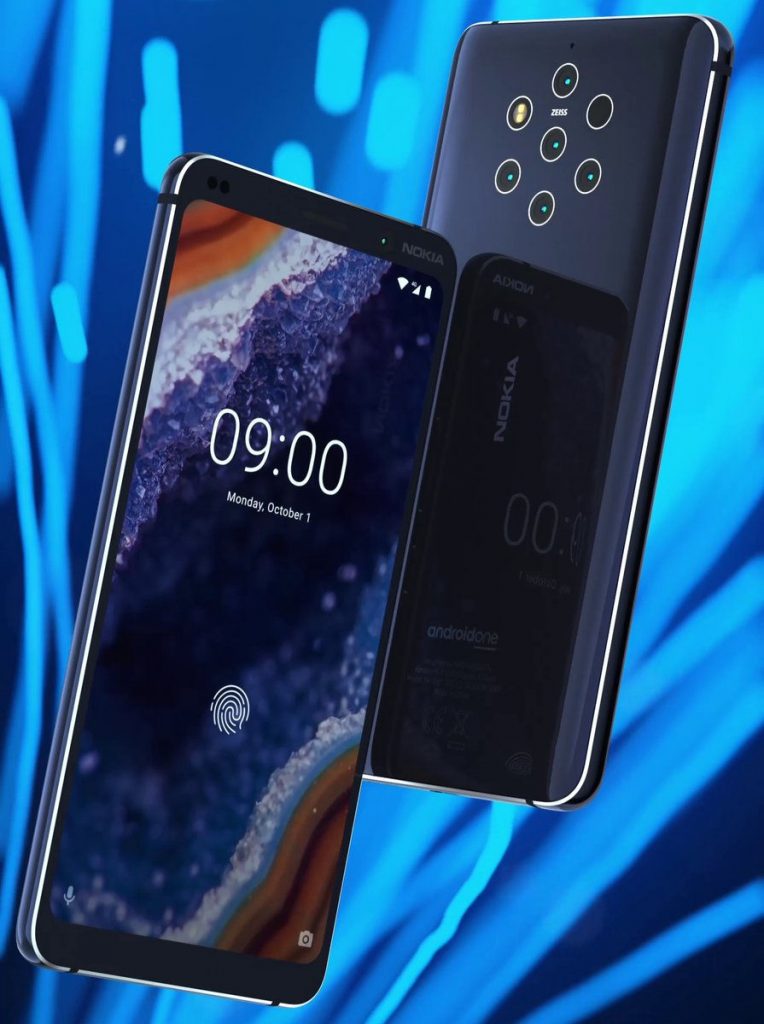 After several leaks, we now have the first press render of the Nokia 9 flagship smartphone from HMD Global, thanks to @evleaks. This shows a familiar penta camera arragement arranged in 1-1-3 formation with ZEISS optics, rotating zoom-Camera tech on the back on the smartphone codenamed ‘Beholder’. It also reveals an in-display fingerprint sensor on the phone, which is the first for Nokia, as well as 18:9 aspect ratio display, glass back with Android One branding and a metal frame.

The phone is rumored to come with a 5.9-inch Quad HD 3D glass OLED display, powered by Snapdragon 845 with up to 8GB of RAM, 128GB storage, expandable memory with microSD, Android 9.0 (Pie), IP68 ratings for water-resistance, Nokia OZO Audio and 4150mAh batery with wireless charging.

HMD Global recently confirmed that the Nokia 9 has been delayed since quality of the camera has not yet reached the necessary level due to complex camera unit and production challenges by Foxconn. Hope we have expect the Nokia 9 at the MWC 2019 in February.