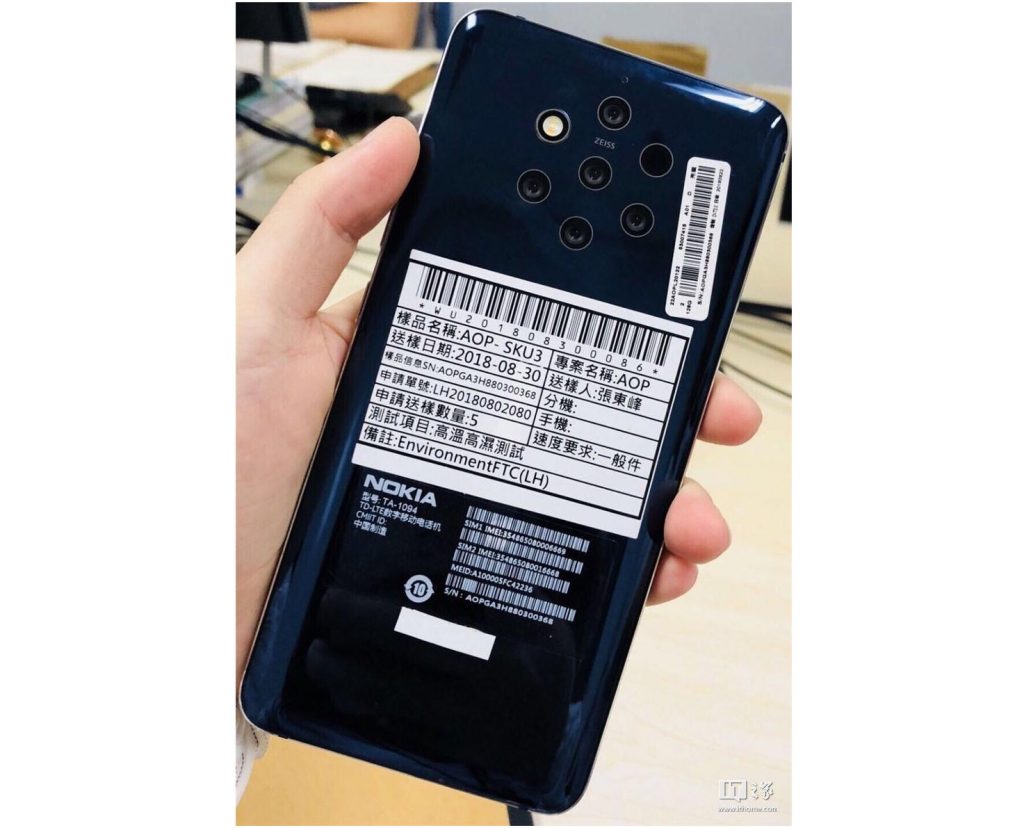 After rumors of Nokia phone with 5-camera lens on the back, the design sketch of it surfaced earlier this year. Now a prototype of the smartphone has surfaced in China with a similar design. Earlier rumors revealed that Foxconn is working to design and wil manufacture the phone. It has a model number TA-1094 and is rumored to release as Nokia 9 sometime early next year.

The phone is rumored to pack a 5.9-inch Quad HD OLED screen, Snapdragon 845, up to 8GB of RAM and OZO audio. HMD Global recently acquired ‘PureView’ brand, that Microsoft acquired right after the purchase of Nokia’s Devices and Services business back in the day, so there are chances for PureView to come back with Nokia 9.