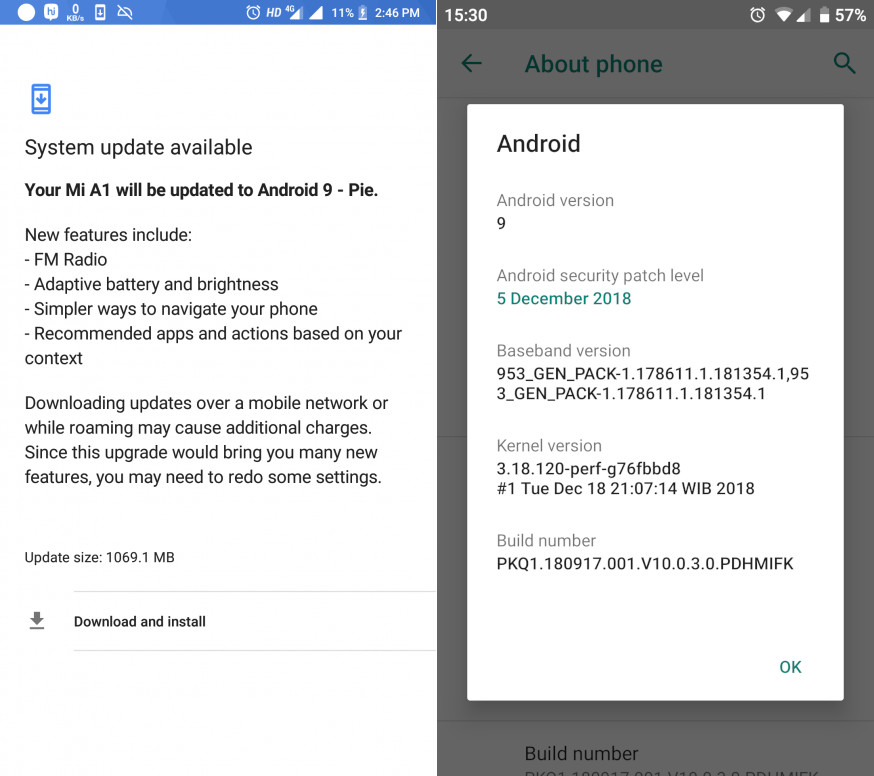 Earlier: Last week we reported that Xiaomi started rolling out Android Pie beta update for closed beta tester. The update was also rolled out as stable update in some countries such as Netherlands. In addition to Android Pie 9.0 features including Adaptive Battery that uses machine learning to prioritize system resources for the apps, Adaptive Brightness, new Pill based navigation gestures and recommended Apps and Actions based on user context using machine learning, the update also finally brings Dual 4G VoLTE support in as well support for FM Radio.

We tested it both on Jio and Airtel, and Dual 4G VoLTE worked fine, but it doesn’t work on Idea. However, some users in Netherlands are reporting that Band 8 and Band 20 are not supported after the update so 4G doesn’t work on Vodafone. Check out the changelog below.