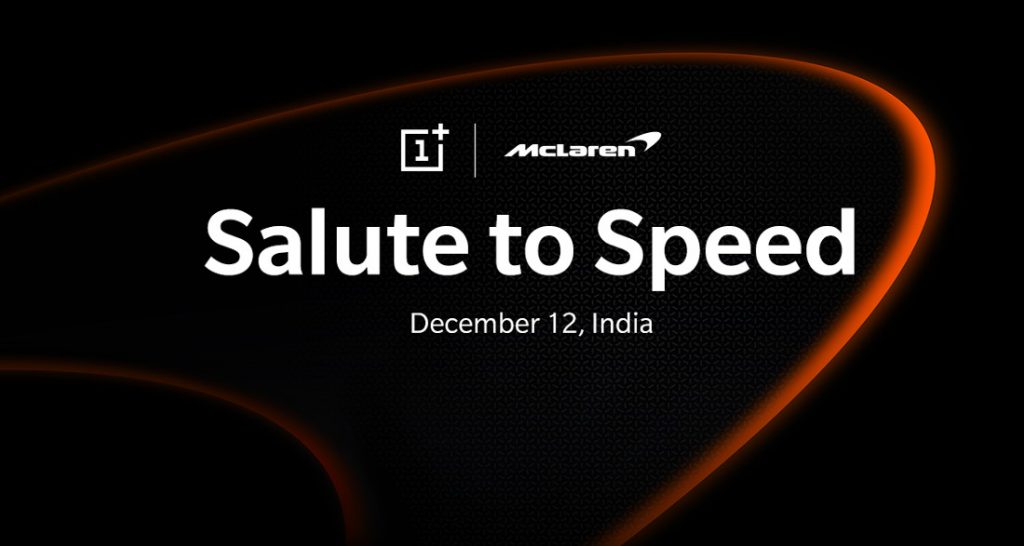 OnePlus and McLaren just sent out invite for a joint ‘Salute to Speed’ launch event on December 11th globally and December 12th in India. The partnership incorporates both McLaren Automotive and McLaren Racing, one of the most successful teams in Formula 1 history.

OnePlus is expected to launch the OnePlus 6T McLaren Edition at the event, which might be in Red or Orange color as teased in the invite. 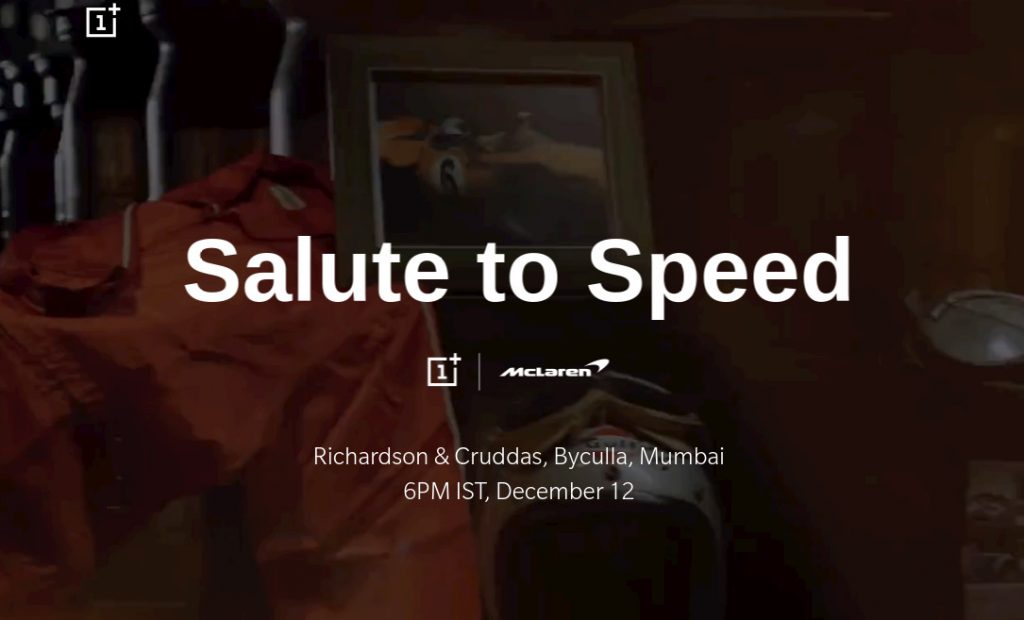 McLaren and OnePlus were born in a similar way – with a big dream to create something special. Starting from nothing, we challenged ourselves to never settle. Today we unveil a true testament to innovation, a salute to speed.

The OnePlus brand is synonymous with speed and power, two values that McLaren likewise strives to deliver with every car we build. Bringing together the inventive, pioneering spirit shared by both OnePlus and McLaren is a firm statement of intent to leverage our collective powers and break new ground for innovative ideas and technology.