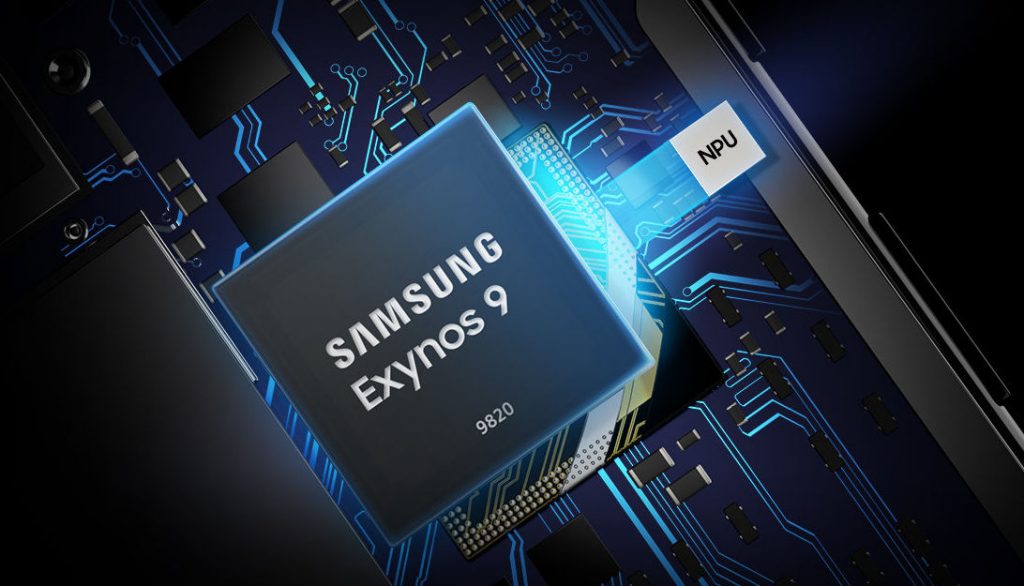 Samsung’s upcoming Galaxy S10 will be powered by the Exynos 9820 that is an 8nm SoC with Tri-cluster CPU, integrated NPU, up to 2Gbps LTE-Advanced Pro modem. Before the official launch, the first Galaxy S10 Exynos 9820 benchmark has surfaced online. It is internally referred to as “beyond2” and should be branded as the Galaxy S10+ when it goes official.

Samsung’s Exynos 9820 processor that is announced two weeks back will power the Galaxy S10. It features a fourth-generation custom processor, an LTE Advanced Pro modem and a separate neural processing unit for artificial intelligence tasks. The specifications of the device used to run this benchmark include a 6.4-inch 2280×1080 pixel resolution display. However, the resolution of the display shouldn’t come as a surprise as these tests don’t always give a full picture of the specifications.

The Exynos 9820 processor is coupled with 6GB of RAM and 128GB of storage. There’s also the Mali-G76 MP12 graphics processor which promises a 40 percent improvement in performance compared to the Galaxy S9’s Exynos 9810. The highest frequency of the chipset clocked in this benchmark was 2.7GHz. Whether or not this will be the final frequency remains to be seen.

This Galaxy S10 Exynos 9820 benchmark scored 325,076 points on AnTuTu. It’s slightly higher than Huawei’s Kirin 980 chip which scored 309,628 on the Mate 20 Pro, but it couldn’t beat Apple’s A12 Bionic chip that scored around 3.5 lakhs and the upcoming Qualcomm Snapdragon chip SM8150 that surfaced in AnTuTu benchmarks recently scoring 362292 points.

. Exynos 9820 is based on Samsung’s 8nm LPP FinFET processor with two custom CPU cores. Samsung says that it delivers 20% single-core and 15% multi-core performance gain. However, there will likely be some difference in number between the Exynos and Snapdragon variants. We should see more details in the coming days, stay tuned.