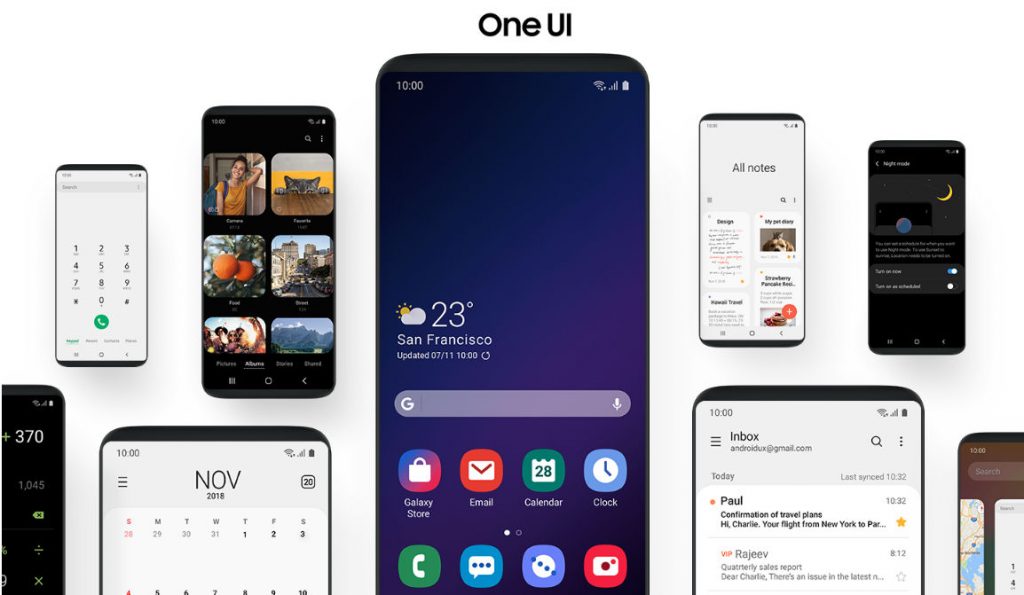 Samsung introduced the One UI last week along with Infinity Flex for foldable smartphones. The new skin is aimed at making the navigation much easier and designed around how we use our phones in the day-to-day. One UI will replace the current Experience UI which was originally known as TouchWiz.

The message is accurate, from a senior Samsung official

As expected, Samsung’s One UI comes to the newest flagships including the Galaxy S9, S9 Plus, Galaxy Note 9. However, in the new update, the One UI will also come to last year’s Samsung Galaxy S8, S8 Plus, and Note 8 as well.  Samsung is currently accepting sign-ups for the beta of One UI, through the Samsung Members application which can be downloaded from Galaxy Apps or the Google Play Store. After downloading, log in, go to Notices and select
“One UI Beta Program Registration” to submit an application.

The One UI to S9, S9 Plus, and Note 9 will be available sometime later this month. Samsung confirmed that One UI will roll out in its stable version early next year, most likely along with the release of Android 9 Pie for the devices. Though we don’t know when the One UI would roll out to S8 series, we expect it to follow shortly. If you sign up for the beta, you must know that it would be buggy and might not suit as the daily driver.