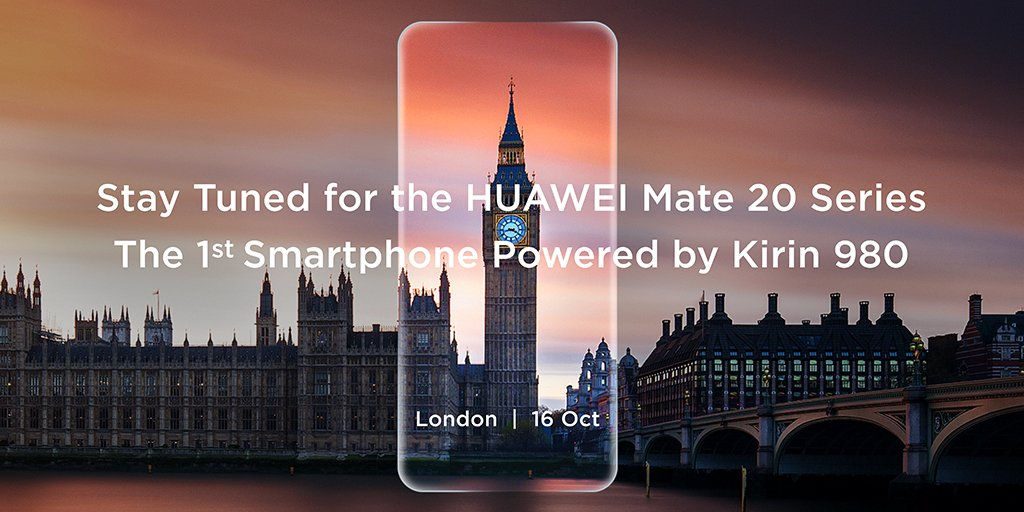 Huawei at the IFA 2018 announced its flagship Kirin 980 7nm SoC with dedicated dual neural network processing units. At the end of the event it also confirmed that the Mate 20 series – Mate 20 and Mate 20 Pro powered by Kirin 980 will be announced at an event in London on October 16th, same date as last year’s Mate 10 series.

#ExperienceSmarter with the #Kirin980. Reach a #HigherIntelligence with the #HuaweiMate20 Series. Mark your calendars NOW… 16.10.18. pic.twitter.com/9KhTMj0BXH

The high-end Mate 20 Pro flagship is rumored to pack triple rear cameras like the P20 series along with an in-display fingerprint sensor,  wireless charging. The Huawei Mate 20 is expected to pack a 4,200mAh battery and sport a 6.3-inch AMOLED display and since the phone is expected to pack wireless charger, it is said to be featuring a glass back.  It is rumored to pack 6GB RAM and 128GB storage and run on Android 9.0 (Pie) with EMUI 9.0 on top.

The Huawei Mate 20 series might come in four different models and the model numbers are HMA-AL00, HMA-L09, HMA-L29, HMA-TL00. We should know more details about the phones soon.