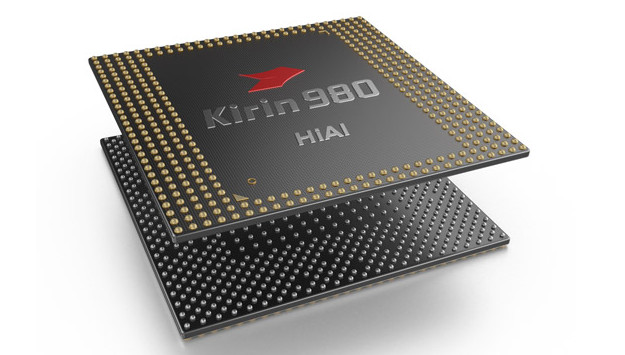 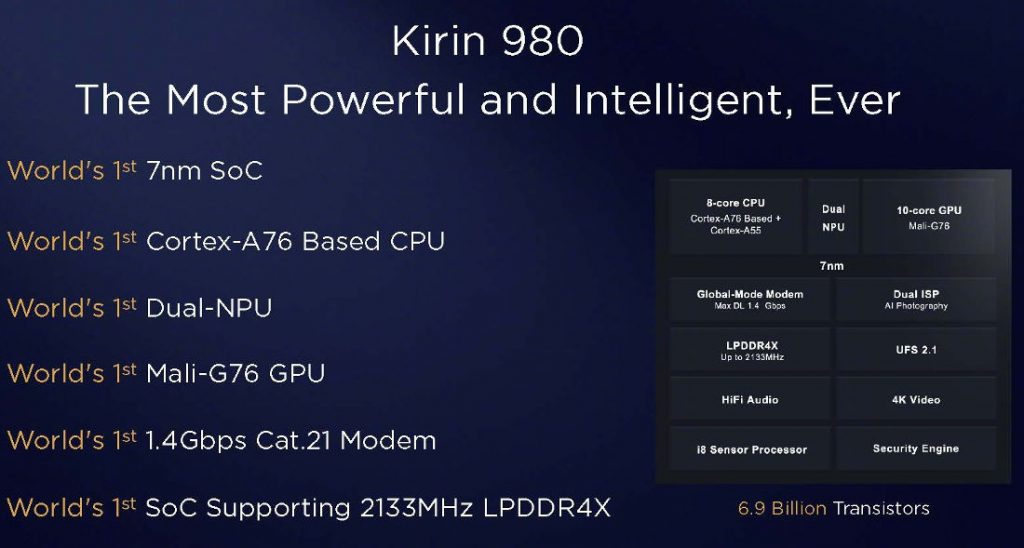 With Dual NPU, it can recognize up to 4,600 images per minute, up 120% compared to Kirin 970. It also supports common AI frameworks such as Caffee, Tensorflow and Tensorflow Lite, and provides a suite of tools that simplifies the difficulty of engineering On-Device AI, allowing developers to easily tap into the leading processing power of the Dual NPU.

The Huawei Kirin 980 SoC will power the Mate 20 series that will be announced at an event in London on October 16.

Last year, we showed the world the potential of On-Device AI with the Kirin 970, and this year, we’ve designed an all-round powerhouse that not only features outstanding AI capabilities, but also brings cutting-edge raw performance to consumers.Equipped with all-new CPU, GPU and Dual NPU, the Kirin 980 is the ultimate engine to power the next-generation productivity and entertainment applications.