After taking pre-orders, Samsung has officially launched its flagship Galaxy Note9 smartphone, as it had promised. It comes with a 6.4-inch Quad HD+  Super AMOLED Display – an end-to-end, bezel-less screen that extends to the phone’s sides, similar to the Note8. It has 12-megapixel rear camera with variable aperture tech that uses f/1.5 aperture for night shots for a brighter picture and f/2.4 aperture for normal shots in daytime as well as a secondary 12MP Telephoto lens for live focus for bokeh effect with background blur, similar to the S9+. 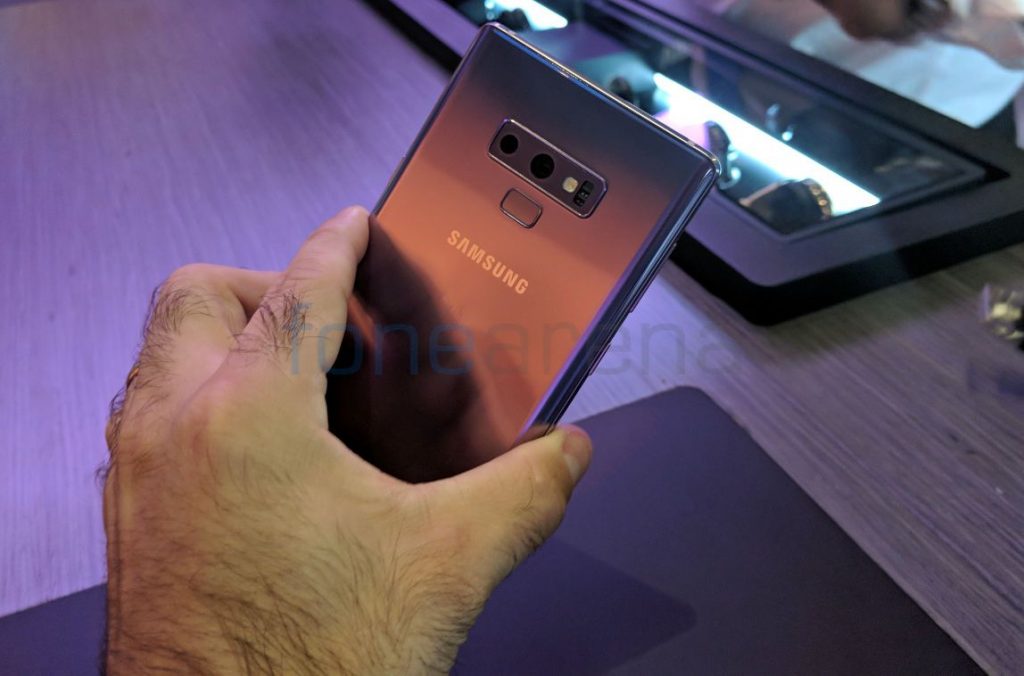 It has Iris scanner, similar to the predecessor, and the fingerprint sensor is now present below the camera, like the S9 series. It s also water resistant up to 1.5 meters of water for 30 minutes with IP68 ratings. It also has Bixby assistant that was first introduced with the S8 series and also has a dedicated Bixby hardware button.

It also has an improved S Pen stylus with Bluetooth support that has a button on its surface along with a clicker on the bottom that lets you take selfies and group pictures, present slides, pause and play video, and more. Samsung also said that it will open it to developers later this year so that they can integrate the S Pen’s  Bluetooth functionalities into their apps.

It has stereo speakers tuned by AKG and support Dolby Atmos, similar to the S9 series. It also has AR Emoji that uses machine learning to analyse and map more than 100 facial features to create a 3D model that reflects and imitates expressions. Samsung has finally increased the battery capacity to 4000mAh, which is largest on its flagship device till date. This supports both wired Adaptive fast charging as well as wireless fast charging.