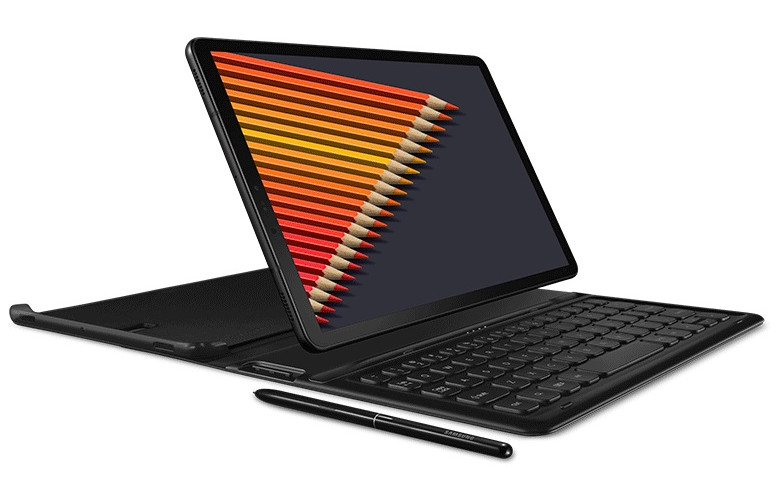 Samsung has announced the Galaxy Tab S4, successor of last year’s Galaxy Tab S3, as expected. It has a 10.5-inch Super AMOLED WQXGA screen, is powered by a Octa-Core Snapdragon 835 SoC and runs on Android 8.1 (Oreo). It has quad-stereo speakers tuned by AKG by HARMAN, similar to the predecessor and comes with an an enhanced S Pen. It has got rid of the fingerprint scanner and the home button on the front for Iris scanner.

Samsung has brought Samsung DeX to the tablet for the first time. When connected to the Book Cover Keyboard or launched from the Quick Panel, the Galaxy Tab S4 powers on Samsung DeX that lets you switch from the Android interface to a desktop experience. You can also extend Samsung DeX to an external monitor with a compatible HDMI to USB-C multi-port adapter. When connected, the Galaxy Tab S4 can serve as a track pad or a sketch pad, it continues to work as a fully functional Android tablet, giving users two screens to accomplish tasks.

The new S Pen lets you take notes on the fly through the Screen-Off Memo feature, as well as navigate, translate and organize notes through Samsung Notes, and even send personalized texts through Samsung Live Message. It  packs a 7,300mAh battery that promises up to 16 hours of video playback. 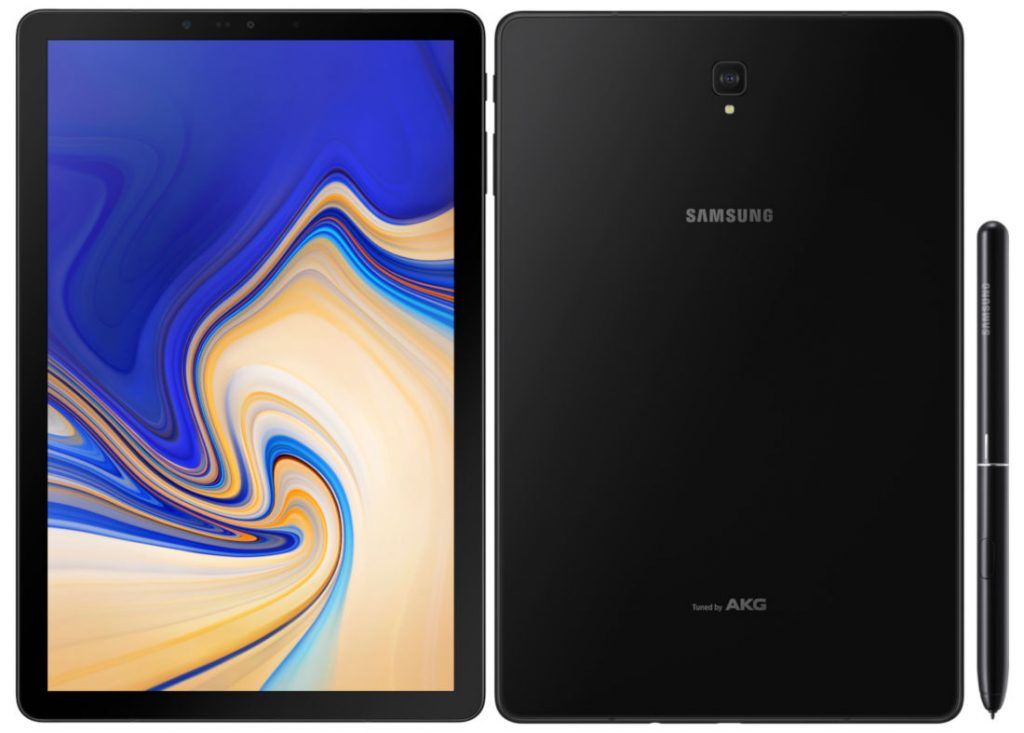