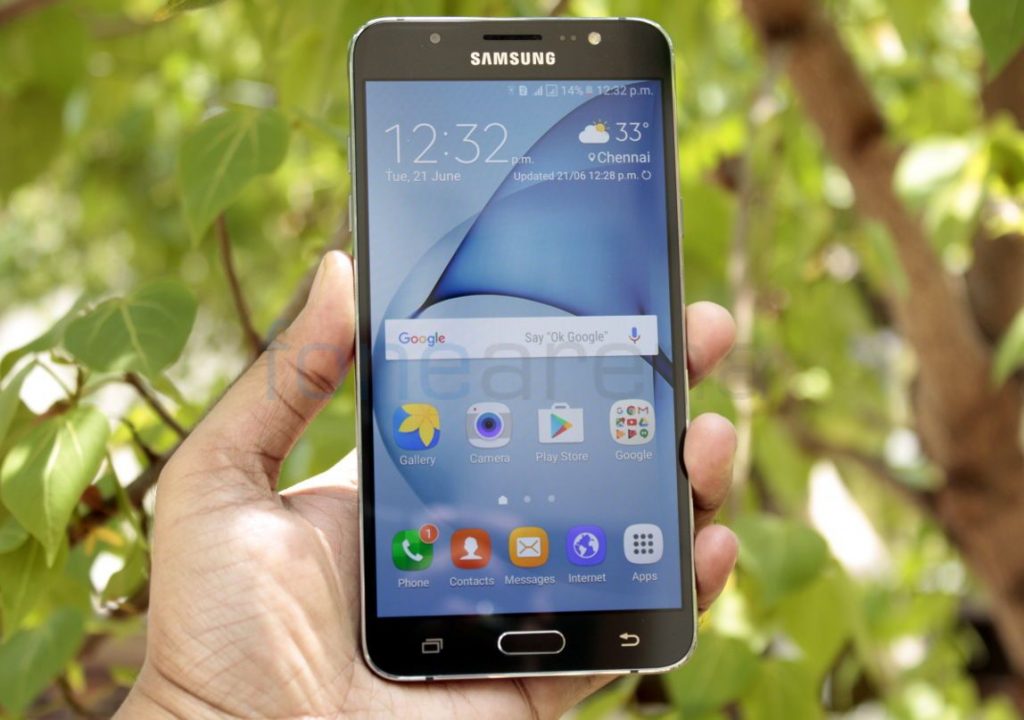 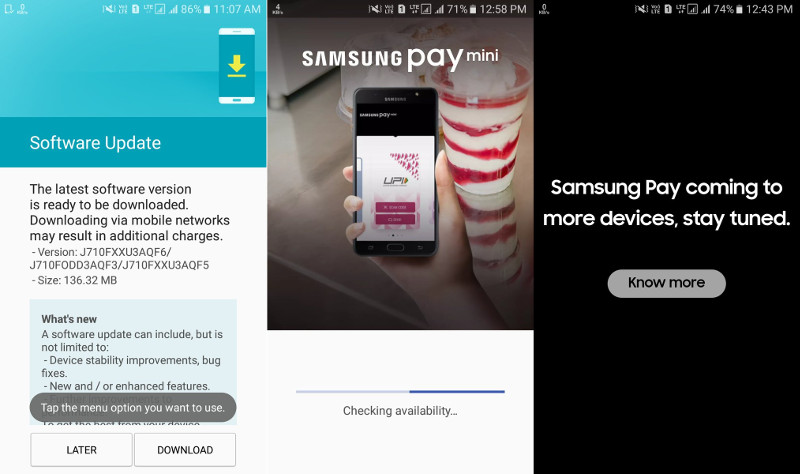 There is a new Samsung Pay Mini app after the update. When you open it, it just says Samsung Pay is coming to more devices. So other Galaxy J series devices might get a new update soon, and the Samsung Pay Mini might be activated for all these devices simultaneously.

The Samsung Galaxy J7 (2016) update J710FXXU3AQF6 is 136.32MB in size, adds stability improvements and bug fixes, and is already rolling out for the users in India.