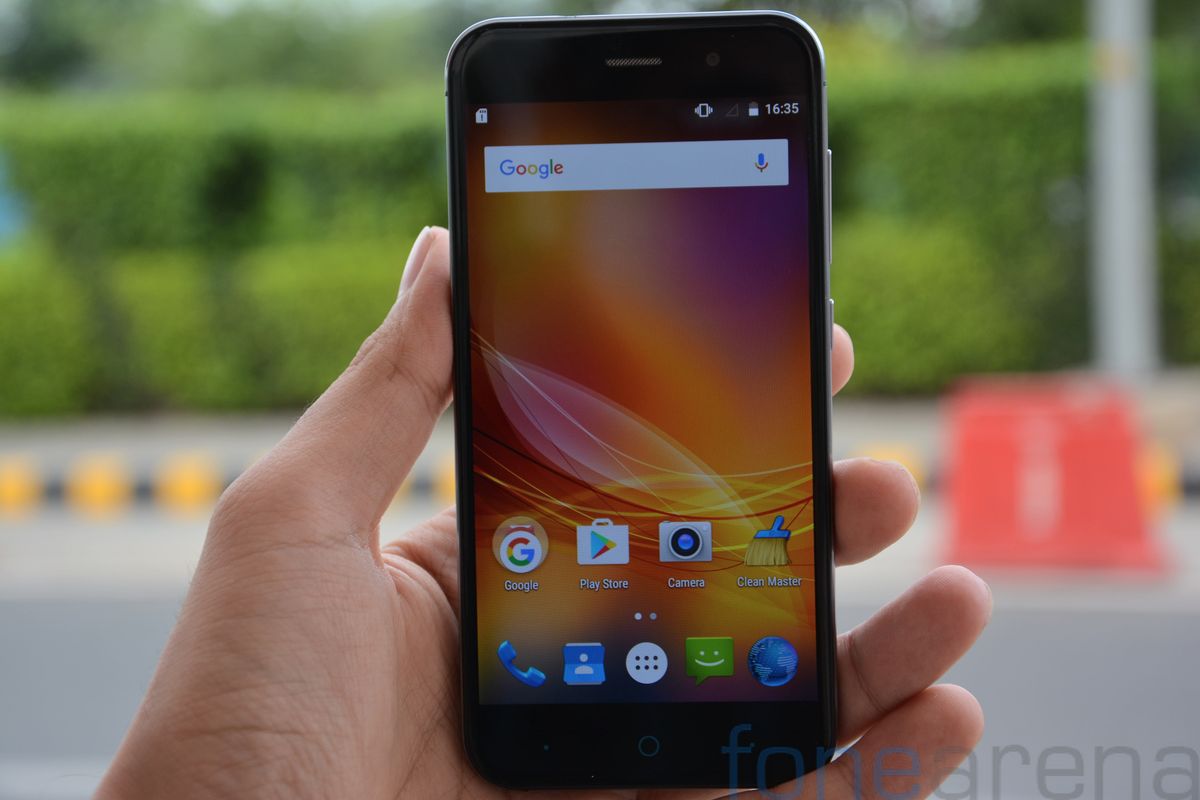 ZTE recently launched an iPhone design inspired smartphone dubbed the ZTE Blade V6 in India for Rs. 9,999. The phone boasts of similar look and feel as the iPhone 6, but with a twist of Android 5.0 Marshmallow along with hybrid dual-SIM support and 4G LTE connectivity.

The Blade V6 isn’t exclusive to any online retailer, and instead can be purchased from any retail shop near you. But should you really buy it? We find out in our detail review.

The ZTE Blade V6 looks very much like an iPhone 6, or we can rather call it a really premium copy of an iPhone at a very attractive price, but of course with Android DNA and without the signature home button. 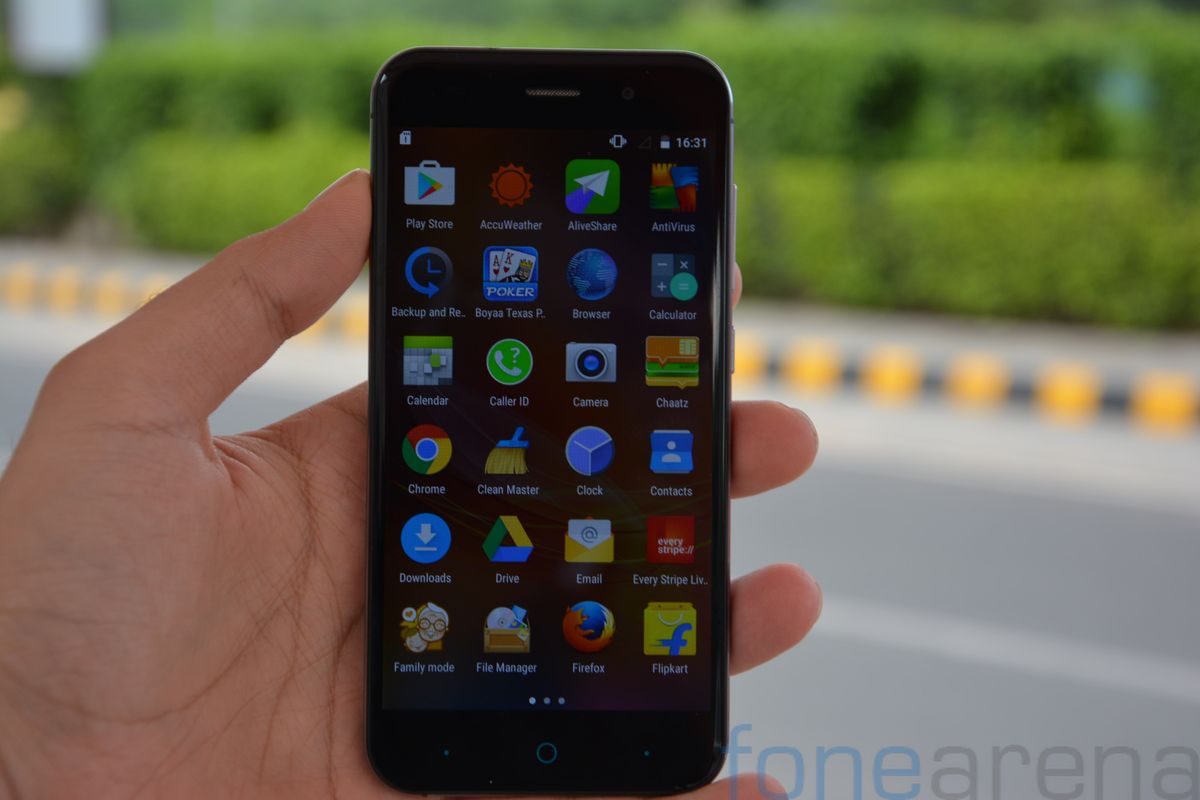 The Blade V6 looks elegant and fits in you palm very nicely. The front panel is all black with almost bezel-less 5-inch screen that looks rich in design, just like the iPhone.

The back of Blade V6 also copies an iPhone mostly, except that the antenna bands are replaced with simple lines and there is loudspeaker grill is at the bottom left corner. Apart from that the finish and Camera positioning is very similar to an iPhone 6. 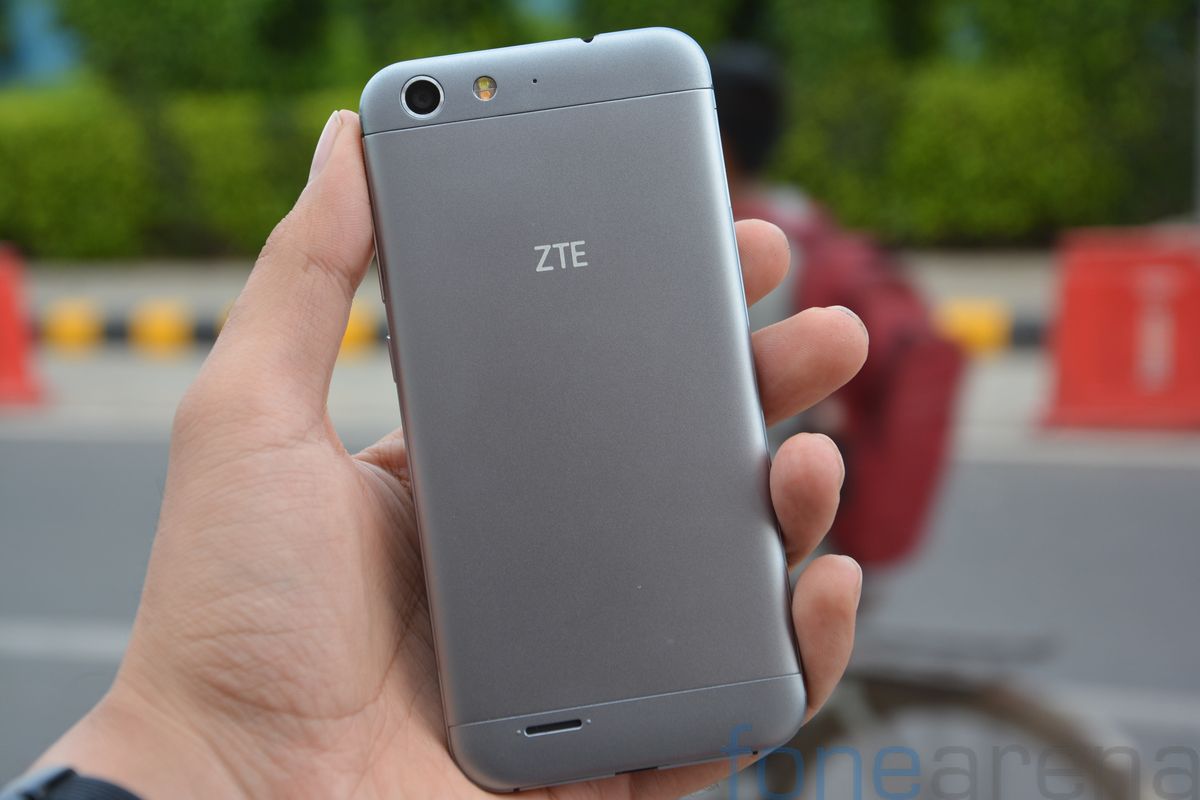 The handset body is made of premium quality plastic, but the rim running around the handset is of solid-metal.

On the top of display sits the two sensors – ambient light and proximity sensors along with the earpiece grill, notification LED, and 5-megapixel selfie camera. 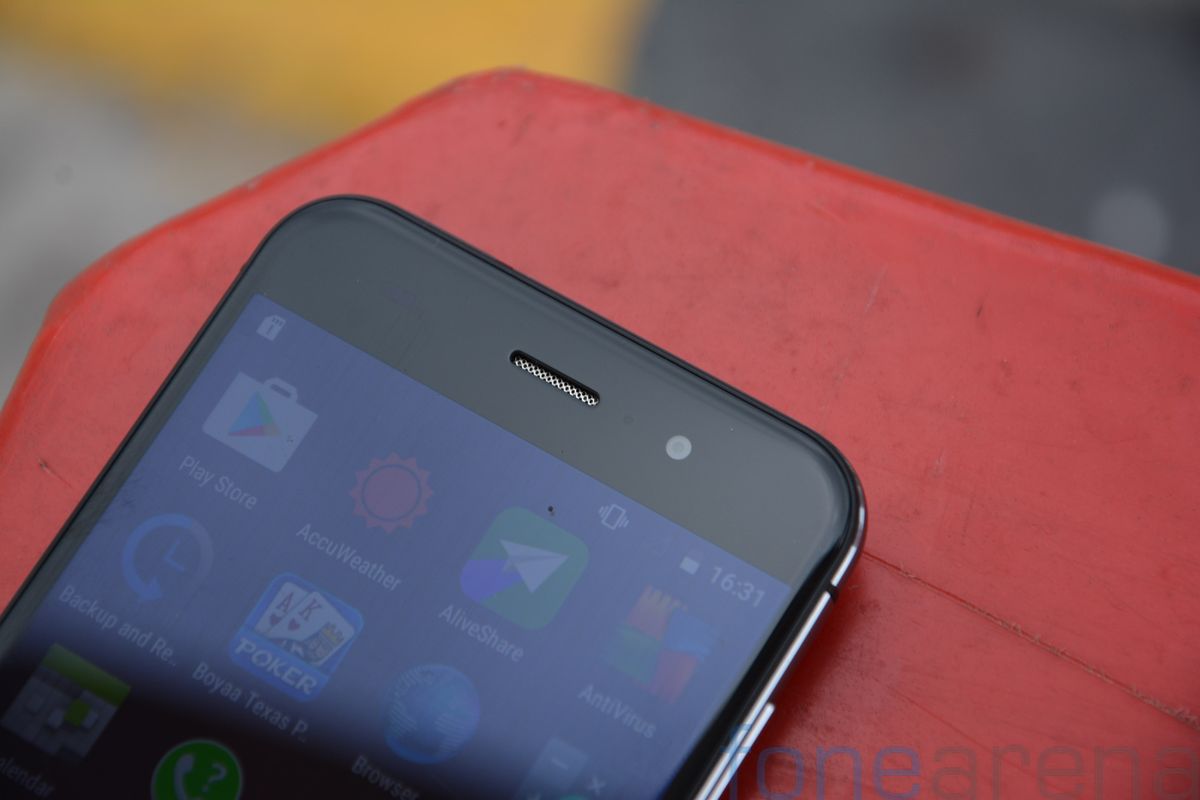 The bottom of the display sits three capacitive touch buttons (Recent, Home, Back). These are marked blue, so in daytime you can just spot them very easily, and are lights up in the dark as they are also backlit. 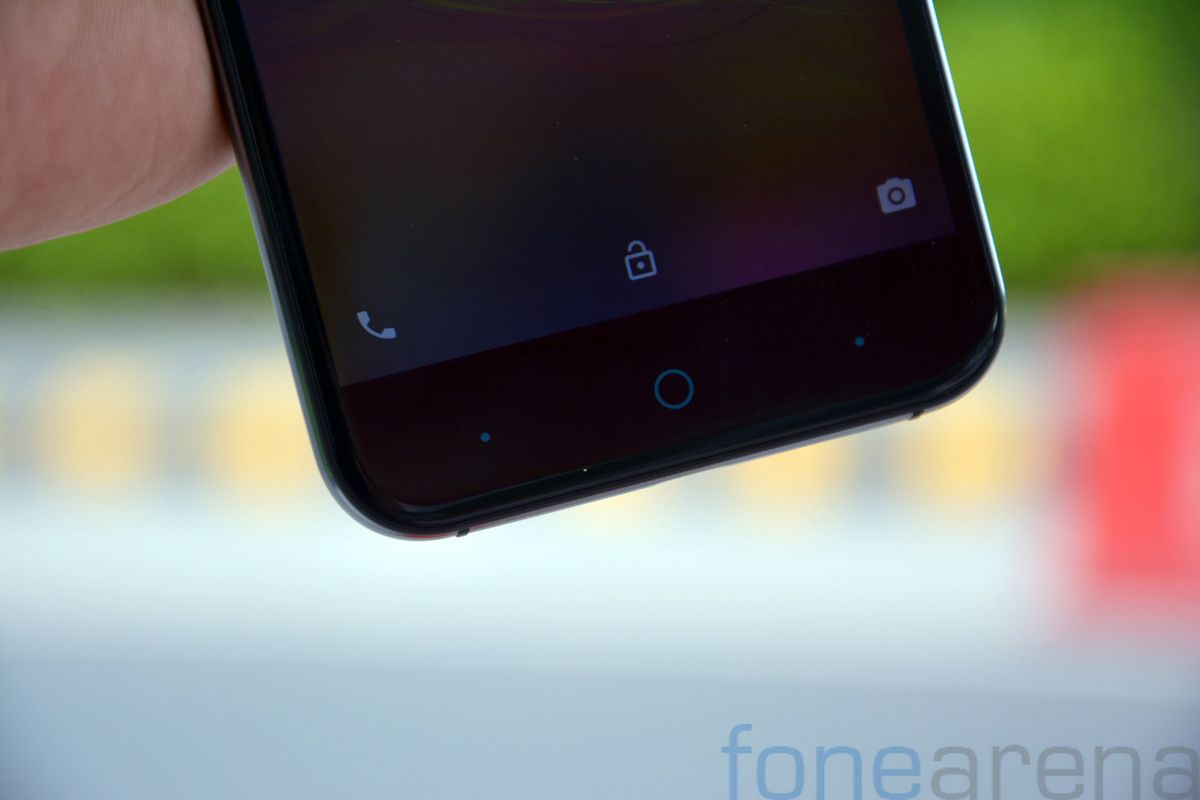 You’ll find the SIM card tray on the left edge and it takes either two SIM cards (Micro + Nano) or a Micro-SIM and a microSD card slot.

The volume rocker and the power / lock key is on the right. Here’s a special mention about the power key, as it was really loose in our review unit, and seems that it is intentional by the company as all other units have the same issue. While the volume key was super tactile in all units, the power key was much disappointment. 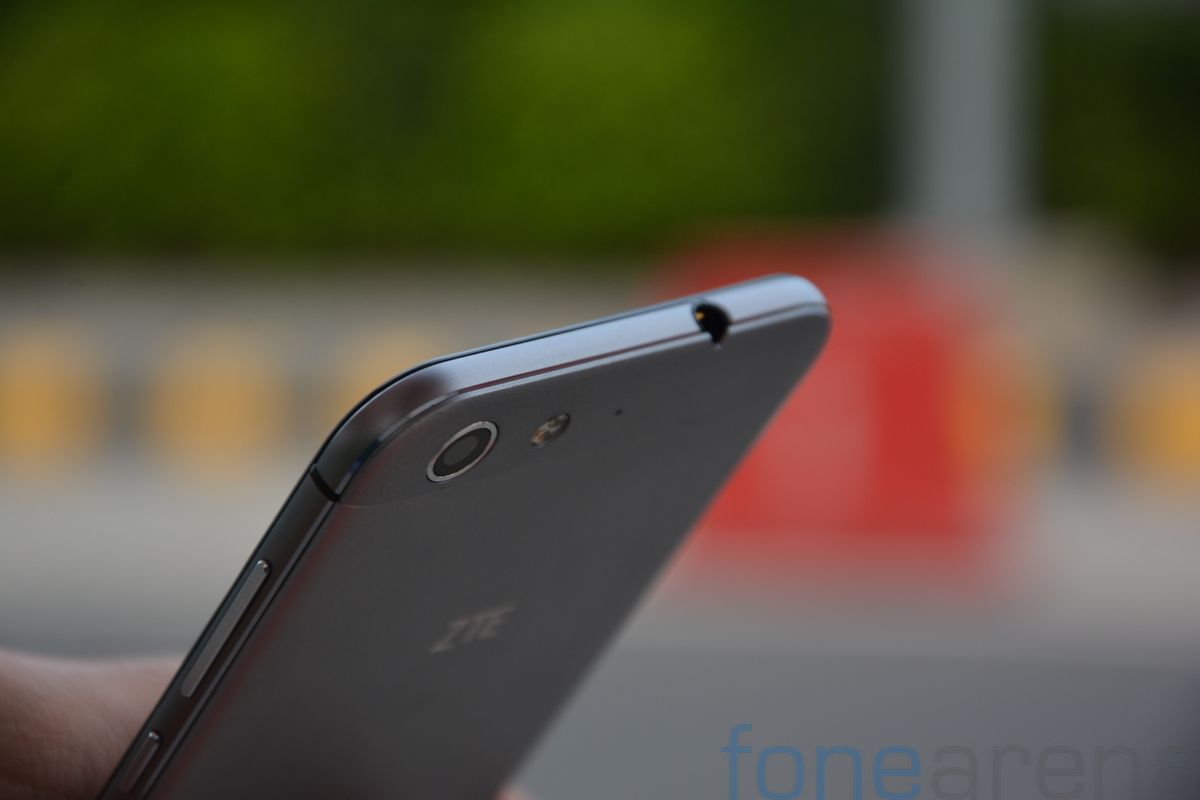 The top edge has got the 3.5mm audio jack while the bottom edge features primary microphone and the Micro-USB charging / data syncing port. 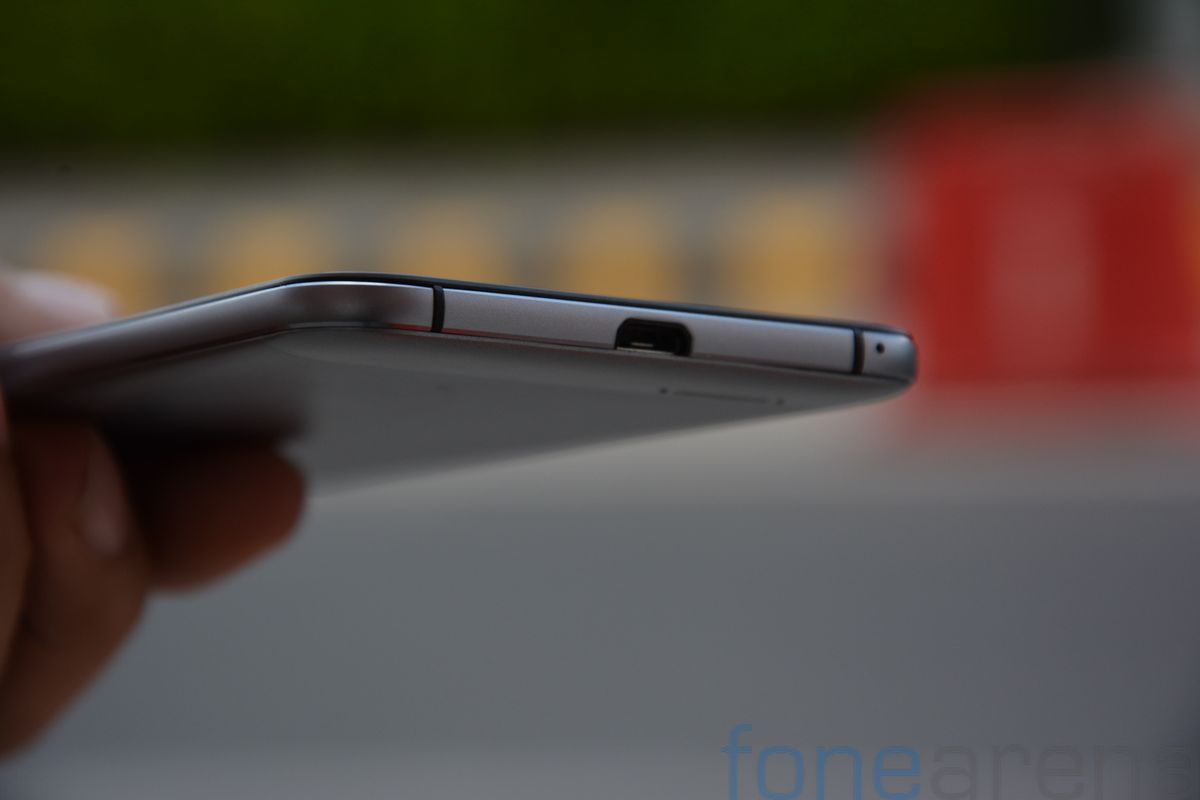 Overall, the ZTE Blade V6 is premium designed solid body smartphone that is really lightweight and compact at the same time. In our opinion, this might be the best designed for in this price range.

The Blade V6 features a 5-inch HD (720p) IPS display panel, which is glossy and attracts fingerprints easily. However, the touch accuracy and viewing angles are excellent.

The colour reproduction and sharpness levels of the Blade V6 are at par with any other smartphone in this price range or above.  It reproduces less saturated colours and are inclined more towards natural side. 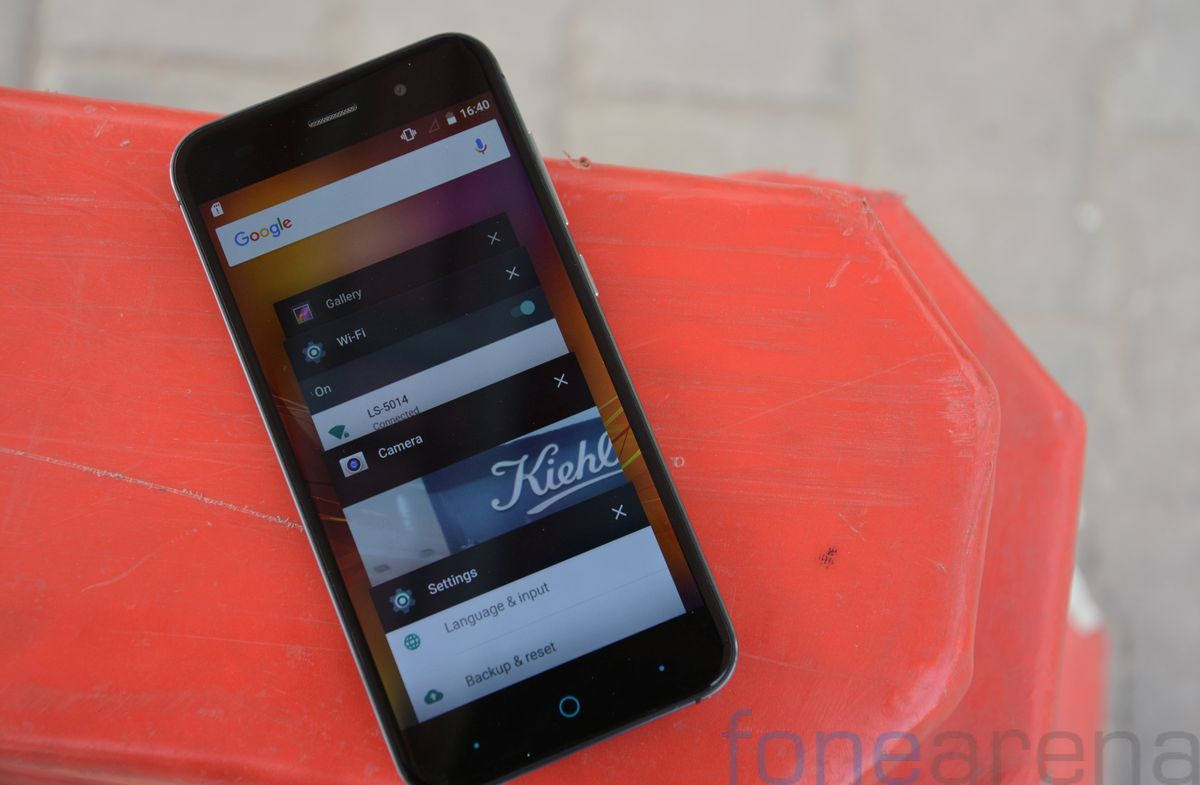 Talking about the sunlight legibility, the brightness levels are good enough for outdoor conditions. So overall, The ZTE Blade V6 might not have a full-HD panel like the other competitors but it is still not a poor quality display, but having said that ZTE could have had easily included a full-HD 1080p panel because the competitor brands like Xiaomi, LeECo, Lenovo, Motorola etc provide full-D displays and consumers and it’s a need for consumer.

The ZTE Blade V6 packs an 1.3GHz quad-core 64-bit MediaTek MT6735 64-bit processor coupled with Mali-T720 GPU and 2GB of RAM. It runs dated Android 5.0 Lollipop OS with MiFavor UI out-of-the-box. We have no information about the update as yet.

The phone’s internal storage is 16GB, and you get about 10.5GB of free space on first boot. It also supports microSD card (up to 32GB). Additionally, you can easily move apps from phone to microSD card as well, and to do so you need to go to particular app in Settings>Apps and then you’ll see an option to move the app to SD card. But in case if you don’t see that option, then probably the card is not mounted or not installed in the device and it is only visible after you’d put in microSD card and mount it. Unfortunately, the phone misses out on USB-OTG support. 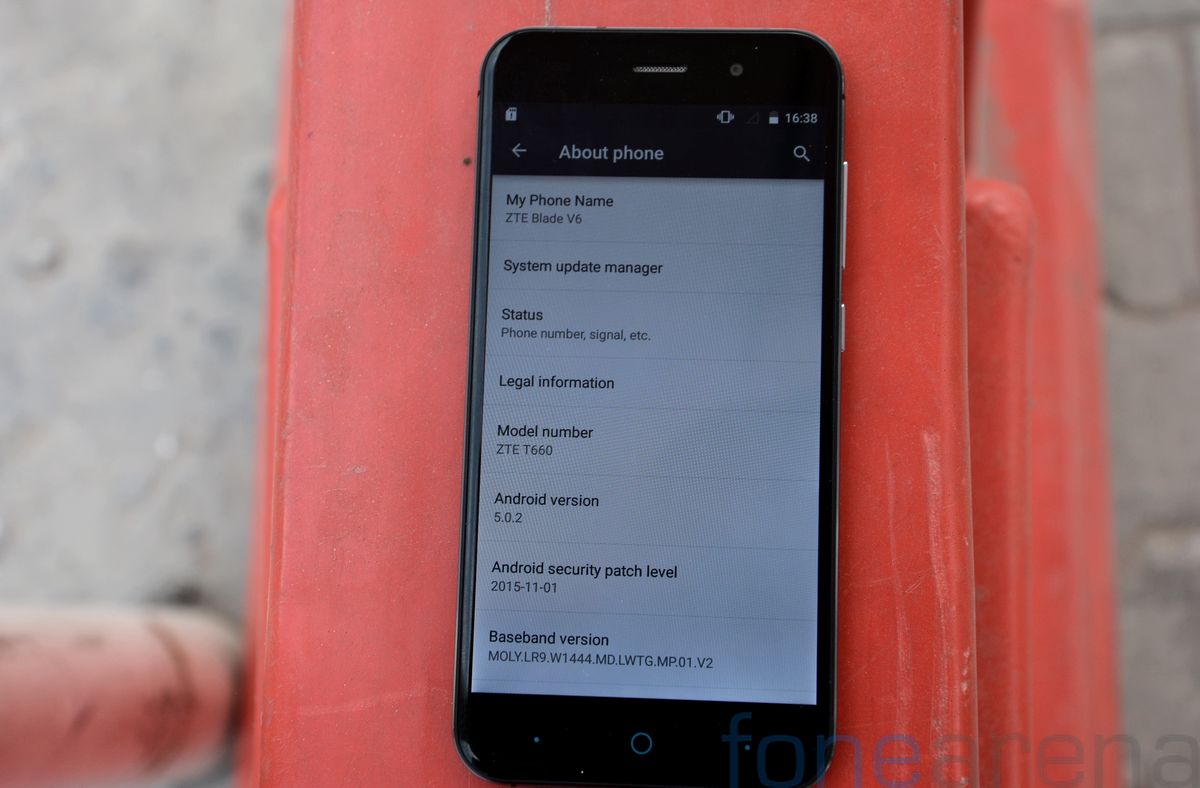 In our review time, we found out that the ZTE Blade V6 is just an average performer and lacks the competition big time. However, the MiFavor UI, animations and multitasking works fine. The phone does tend to heat a little at times while navigating or playing games, but the heating level is not much.

Talking about the gaming performance, the Blade V6 is really snappy for lighter games like Subway Surfer, Temple Run etc. But the problem comes with heavy games like the Asphalt 8.

The loudspeaker output from the bottom right back corner grill is decently loud, but quality of speaker could have been better. The headphone output is great, although ZTE doesn’t ship headphones in the retail box. So our verdict is based on the testing via two-three different brand headphones. 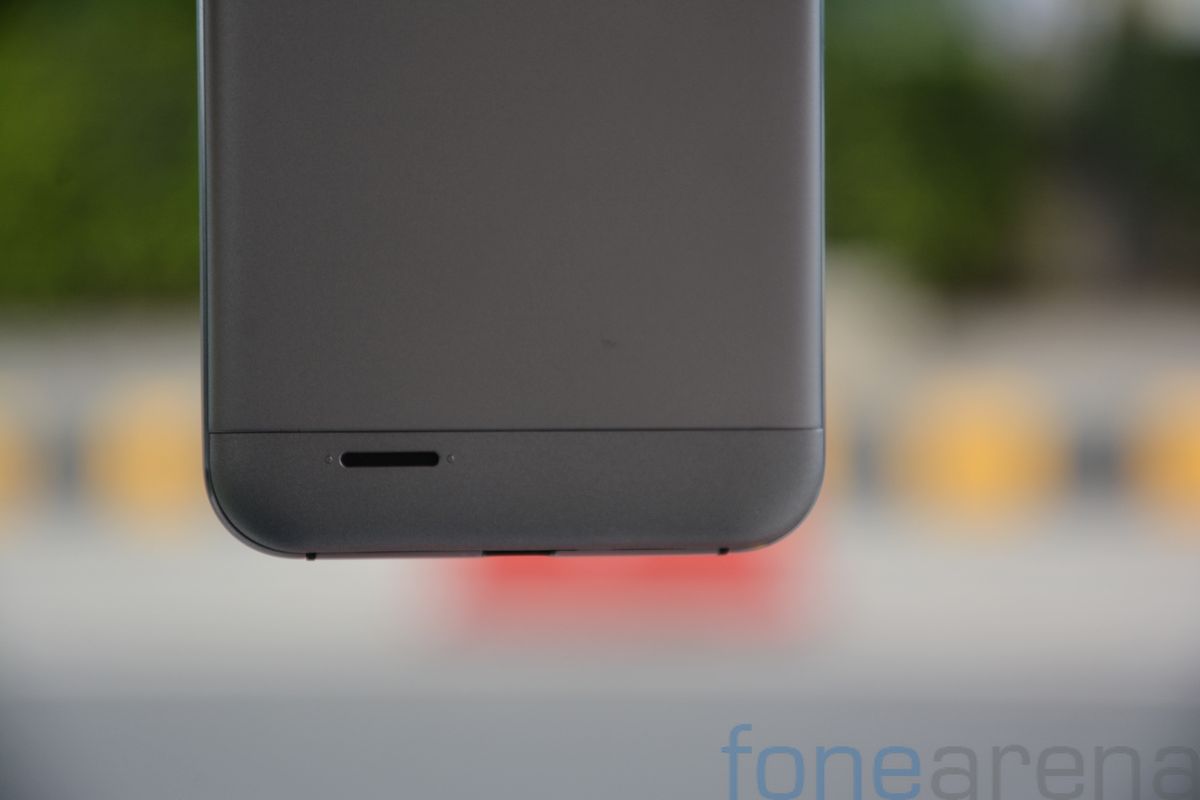 Overall, the ZTE Blade V6 is not a stunner in the price segment under 10K, and you have many other smartphones that can easily beat the V6 in all departments. 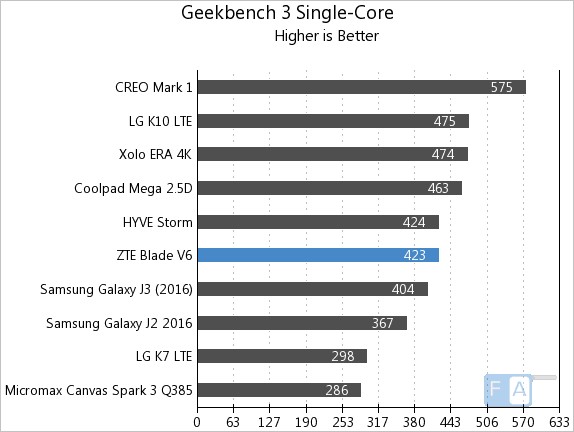 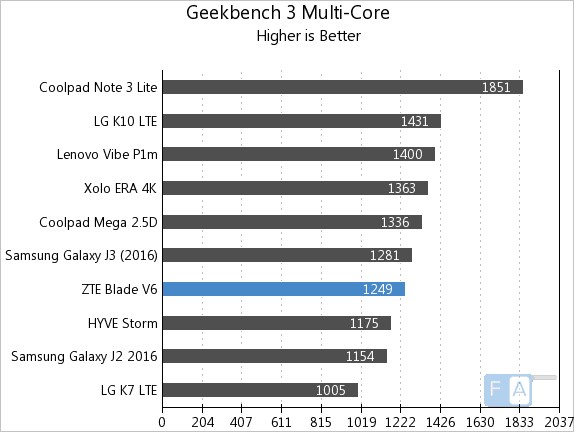 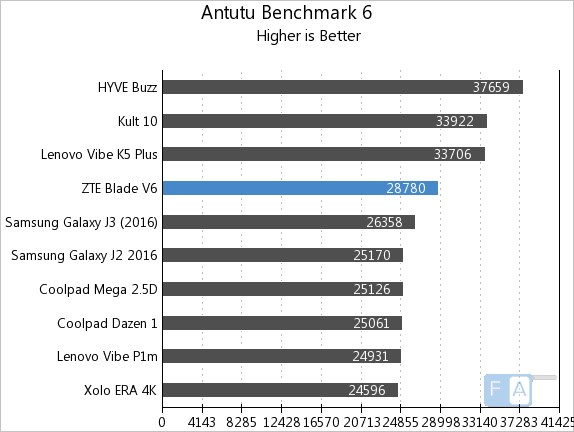 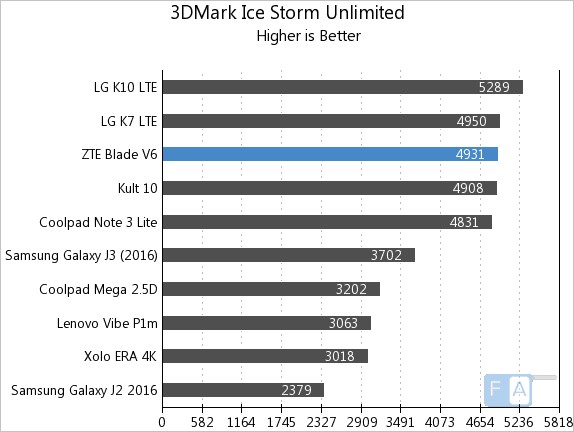 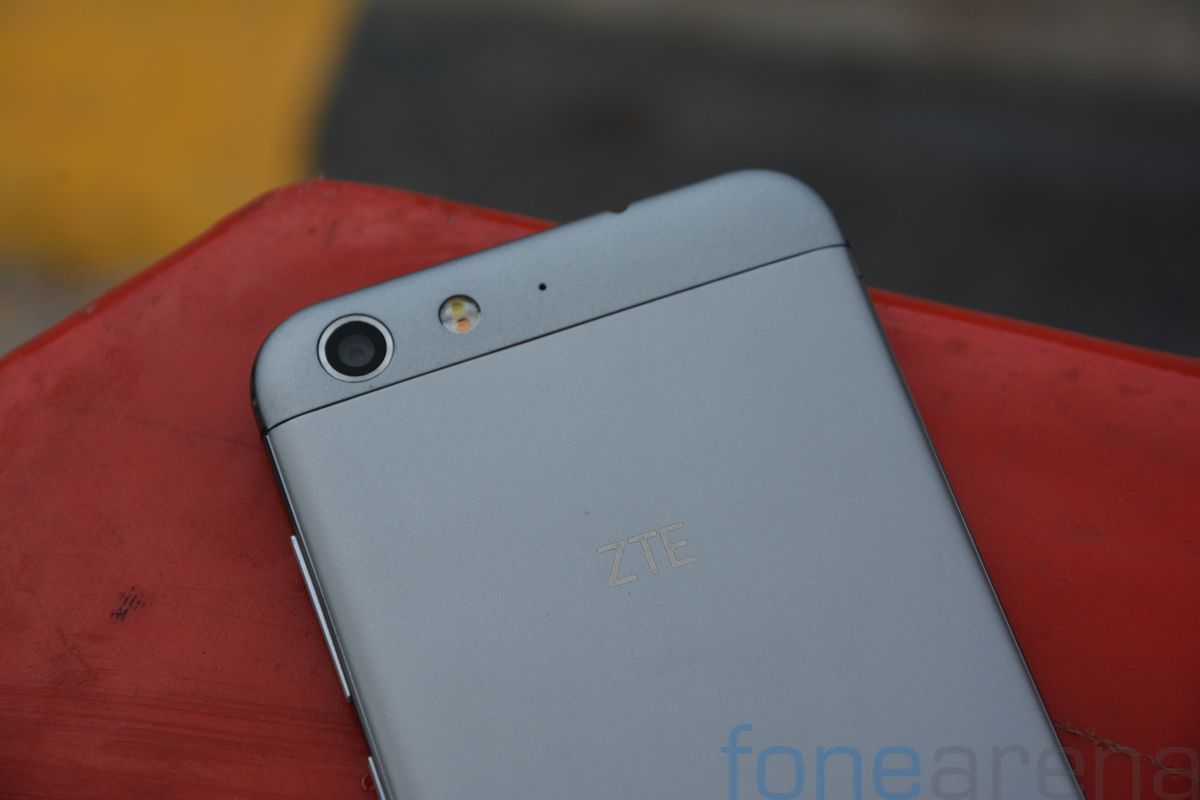 The rear camera captures almost instantly, but then the autofocus and tap-to-focus is really slow. Daylight shots reproduce close to natural colours but are very inconsistent, such as the shots were either washed out or overexposed. The HDR-mode tend to increase brightness and sharpness a little, but the shots were below average. Also, the low-light or night shots were really bad in auto mode, but at the same time the HDR mode in similar condition helped a little but the images were not sharp and had too much noise. 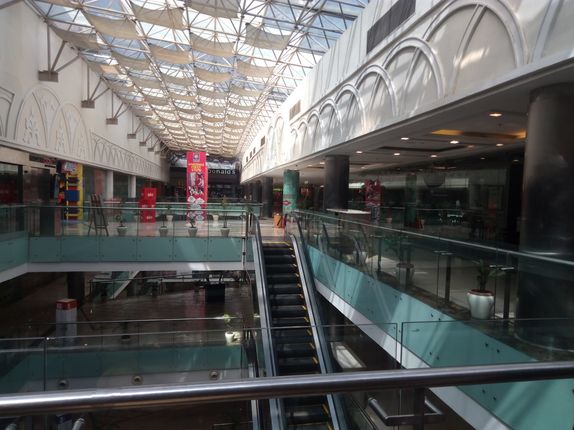 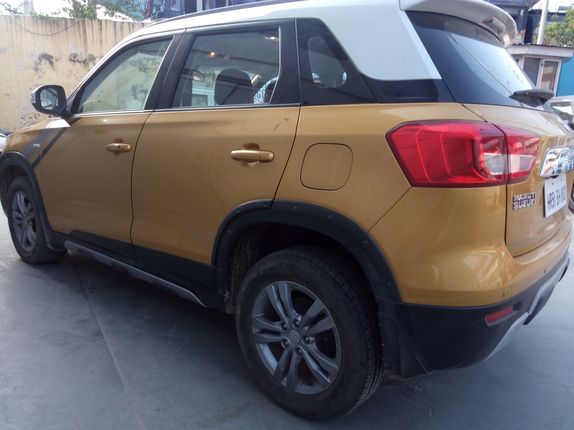 You can either have two SIM cards installed or a SIM card and a microSD card at one point of time. The phone supports microSD card up to 32GB. The SIM card tray can be poped-open on the left edge with the help of a pin or SIM ejector tool. 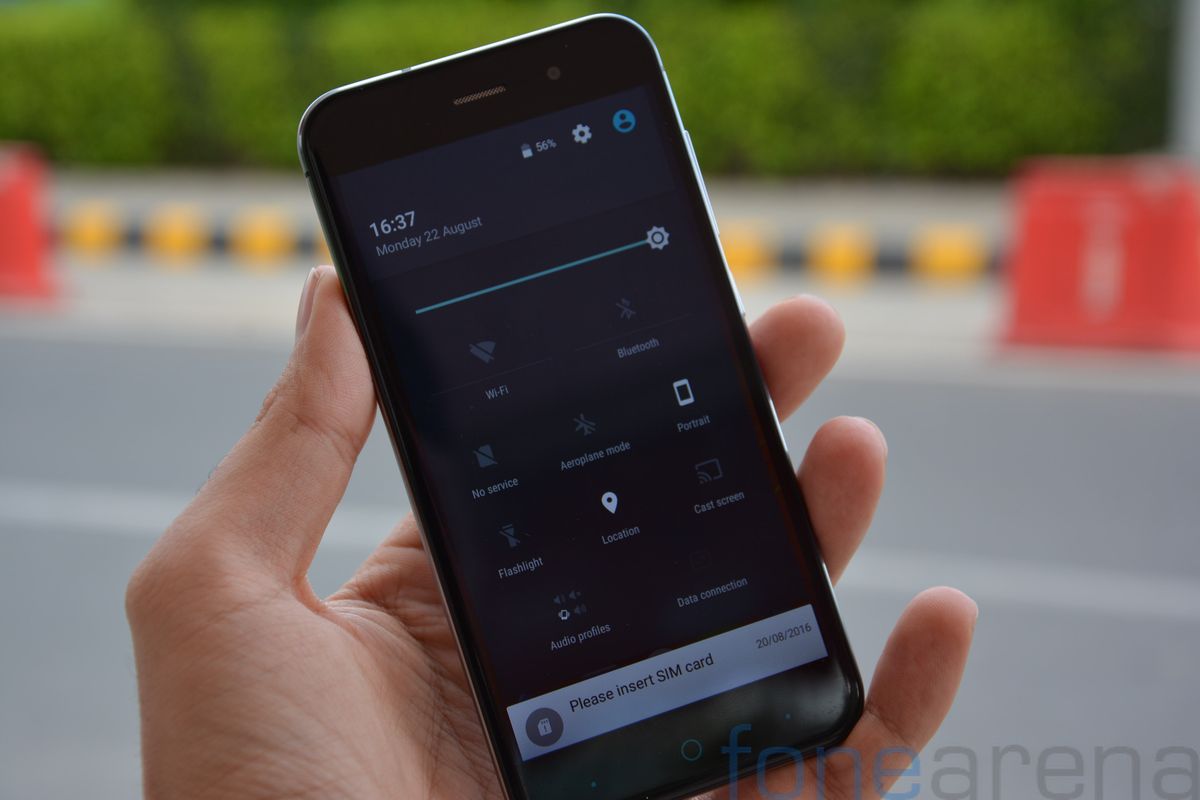 The handset is backed by a noon-removable 2200mAh battery, that is sufficient enough for 10-12 hours of average use on a single charge. While with multiple email accounts, social media apps and GPS navigation, the battery only lasted for about 6-7 hours and the phone tend to heat a little too.

The ZTE Blade V6 is no competition for any of the existing online smartphones (e.g. Redmi Note 3) at this price point. The only good part about this smartphone is that it boasts of a really good and premium design that no other competitor is offering. One more thing goes in the favour of Blade V6 and that is its availability in offline retail, where consumers prefer having a look at the phone. But then of course it is average on performance and all other aspects.

So if you are looking to show off a really premium looking smartphone and doesn’t care about the competition at all, then the ZTE Blade V6 is for you. Otherwise, there are at least 10 better smartphones than Blade V6 available online right now.