ACT (Atria Convergence Technologies Pvt. Ltd.), popular for its Fiber Optic broadband has launched ACT Fibernet finally launched its services in Delhi. This should solve Delhi’s internet woes at least in areas such as Safdarjung, Green Park, Kalkaji, Malviya Nagar, GK Part II and Okhla  where it has launched initially. 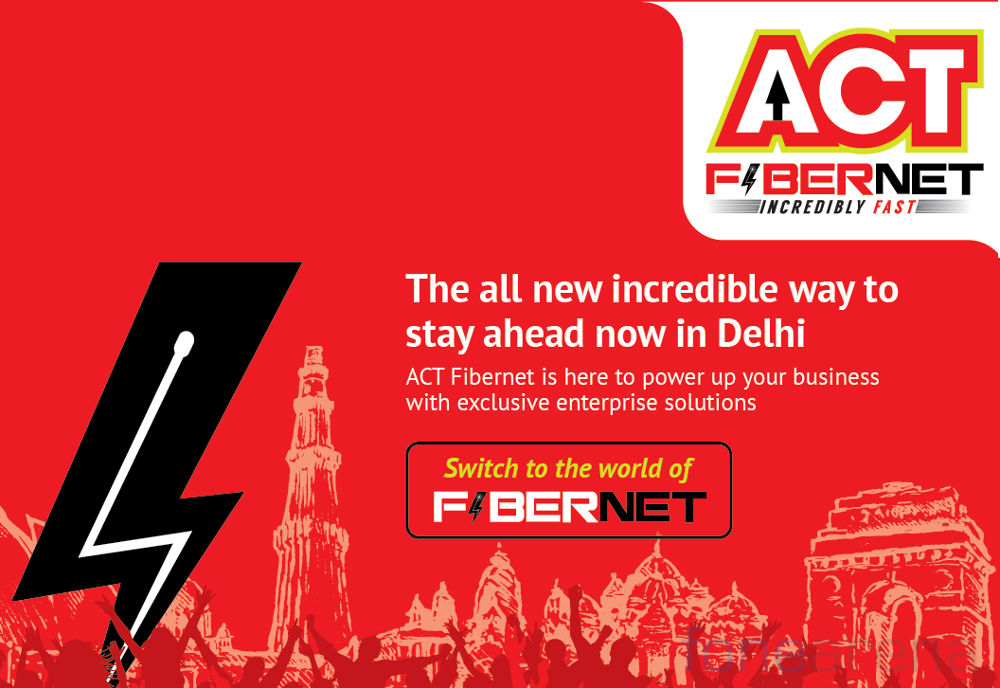 It offers four plans starting from Rs. 999 and it goes up to Rs. 1999 for the ACT Platinum plan that offers 100Mbps speed with FUP of 150GB per month.

Since ACT has just launched its services in Delhi, it might take the company sometime to offer SOHO and enterprise plans. It is also expected to increase the coverage area in the coming months.

Delhi is India’s capital city and biggest political as well as business hub. At ACT we see that it has huge potential with regards to high speed broadband wired connection. ACT wants the customers in Delhi to taste the high speed services through its innovative FTTH technology.

[Update: ACT also offers SOHO plans in Delhi. We have added the plans and quote from the company’s CEO Bala Malladi.]