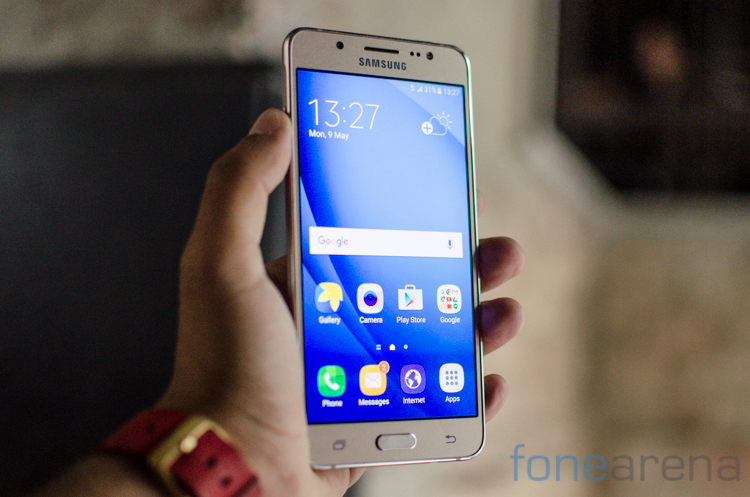 At an event in New-Delhi, Samsung introduced new devices to the very popular Samsung J series. Of these, the smaller one is the Samsung Galaxy J5 (2016). The device combines the high end design that takes cues from the A series with performance that is well, more befitting the price point. We spent some time with the devices and here’s what we thought.

The display on the Samsung Galaxy J5 (2016) is a 5.2 inch HD Super AMOLED panel. Owing to the nature of the screen, the display is bright, vibrant and has fantastic viewing angles. Below the screen you’ll find a center button flanked by capacitive keys on either side. Unfortunately there’s no fingerprint scanner hidden under that button. Up at the top is a 5MP front facing camera with an accompanying single LED flash.

Moving to the right side of the device, you spot a power button while on the left lies the volume rocker. The buttons offer good tactile feedback and are easy to reach out even when in the pocket. The top of the phone doesn’t have any port as the headphone jack has ben moved to the lower half wherein you’ll also find a USB port for charging and data transfer. 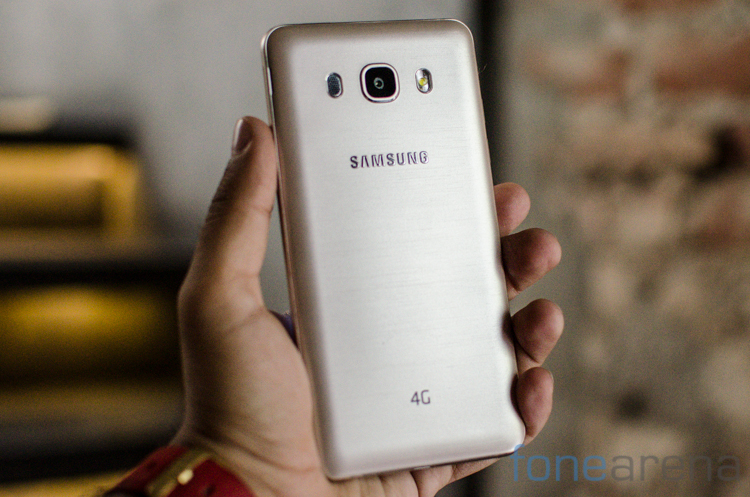 Turning the phone over you can spot the usual Samsung branding towards the center accompanied by a 4G logo at the bottom to denote that this device is capable of high speed data transfers. The phone is of course a Dual SIM device. Up above is the rear facing 13MP camera with a LED flash over on the right. A loud speaker is placed to the left of the camera. Under the backcover lies a 3100mAh battery. 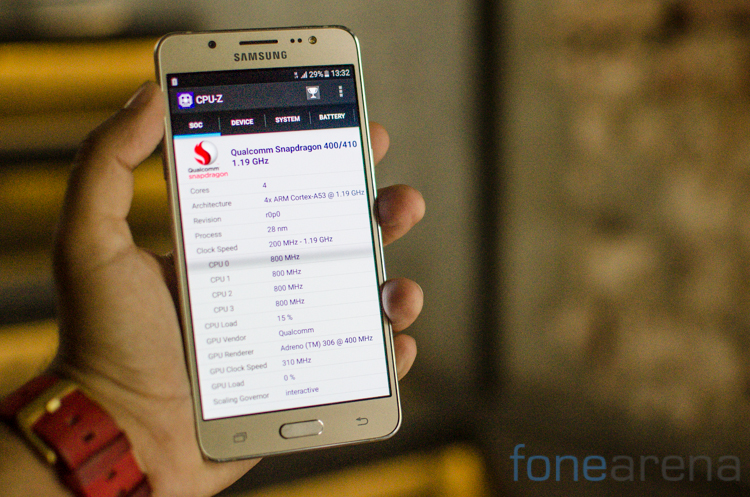 Powered by a Snapdragon 410 processor clocked at 1.2Ghz, the Samsung Galaxy J5 (2016) chugs along at a decent clip. We didn’t get too much time with the handset so it would be unfair to give a conclusion at this point. That said,the Snapdragon 410 is a fairly robust processor and is known to be a decent performer so we don’t see any issues on that front. The 2GB of RAM and 16GB of storage on the other hand are a bit disappointing and heavy multitasking could prove to be an issue. More on that in our full review though. 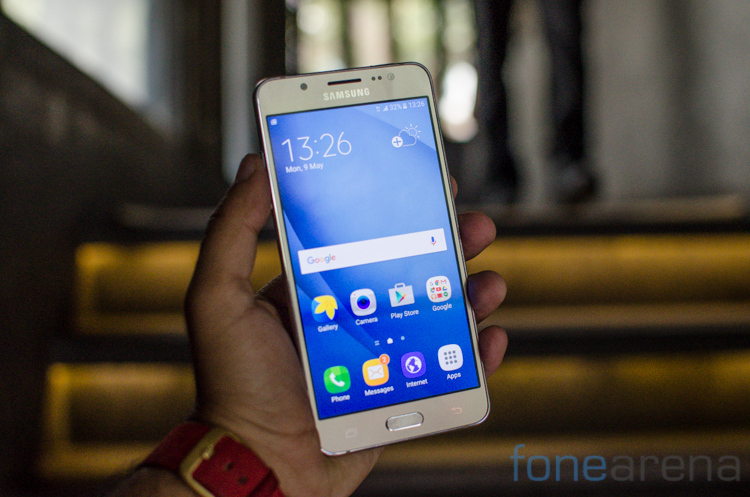 Priced at 13,990, the Galaxy J5 (2016) might sound like an expensive proposition given the myriad Chinese and Indian competitors that offer better specifications at similar or even lower price points. What you trade off in terms of power, you make up in the form of a better and wider support network and offline availability. Your choice will really come down to what’s more important for you. As for us? We’ll wait for the full review to give a verdict on the Samsung Galaxy J5. The phone is exclusively available from Flipkart.