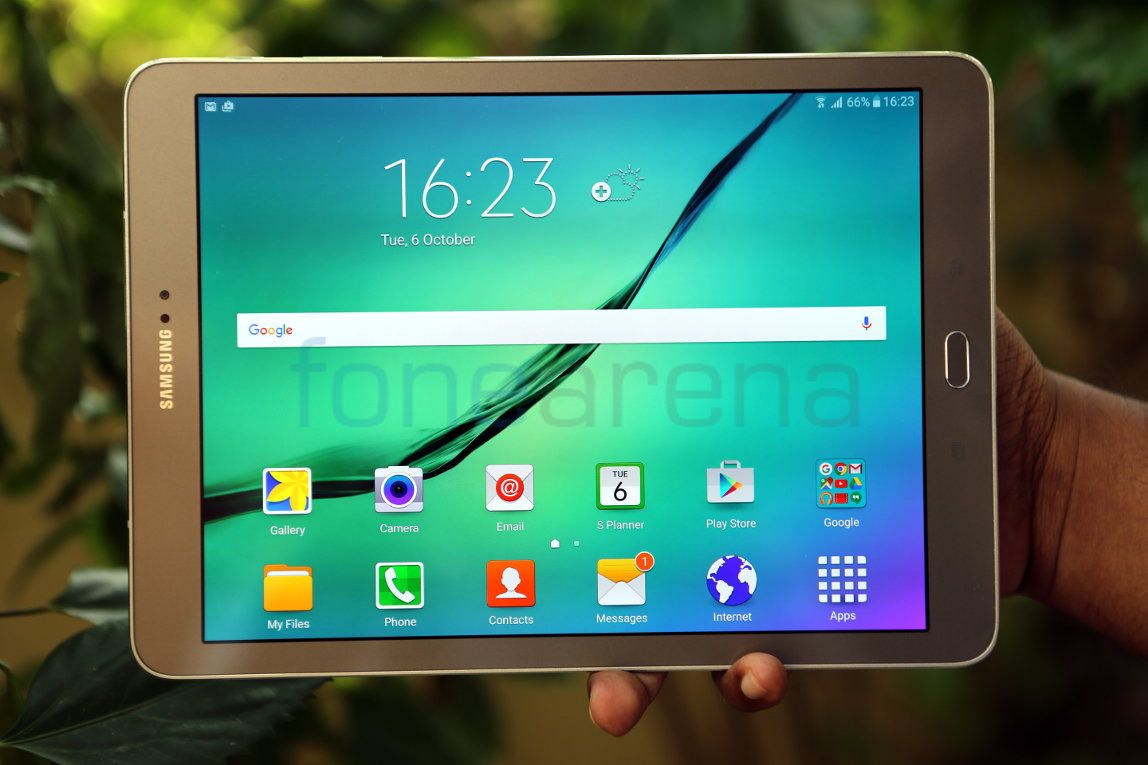 Worldwide PC shipments that comprises of desktops, notebooks, two-in-ones and tablets hit 101 million units in Q1 2016, according to latest report from Canalys. PC shipments volumes fell by 13% year-on-year to their lowest point since Q2 2011.

The report stated that all PC categories in Asia Pacific continued to show weakness, affected by improving quality and falling prices in the smartphone market.  In low-income markets, notebooks and tablets are no longer must-have products and multiple device ownership is becoming less common. PC shipments in Asia Pacific and Greater China dipped 14% as the Chinese market saw its third consecutive quarter of double-digit declines.

Giving insights about vendors, the report said Apple continued to lead the market into the first quarter of 2016 with shipments of just over 14 million units, despite falling 17%. Lenovo shipped about 25,000 units less than Apple, as its decline moved into double digits on the back of weakening sales in Greater China. Besides 2-in-1 devices, which grew just over 13%, shipments were weak across all categories, as vendors struggle with declines in global PC demand. Tablets continue to be the worst affected category, with shipments falling around 15% to just under 39 million units. 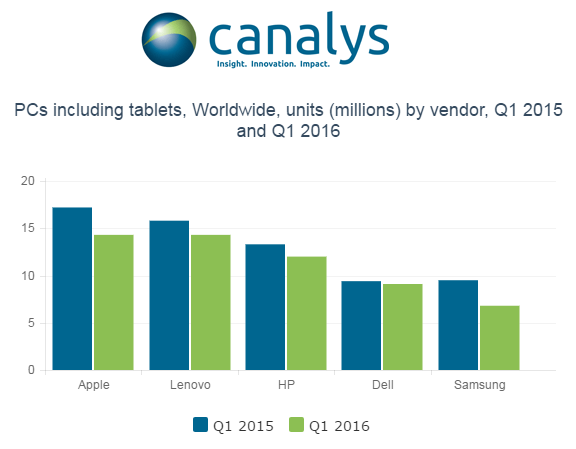 The tablet market in the US was aided by shipments of large screen detachable tablets such as the iPad Pro and the Surface Pro 4. Shipments of 2-in-1 devices and detachable tablets are expected to continue to do well in the US and will grow in high income markets. The research firm predicts that new form factors will trigger an increase in PC ASPs, benefiting 2-in-1 and tablet categories at the expense of notebooks.

The global PC market had a bad start to 2016 and it is difficult to see any bright spots for vendors in the coming quarters. The tablet boom has faded in the distance and the market is fully mature. Global shipments declines are expected to continue unless vendors bring transformational innovation to the market.

Apple and Microsoft are propping up shipments in established markets with their detachables, but price points make them less affordable in low-income countries. Although other vendors are coming to market with cheaper alternatives, they are unlikely to have a big impact on volumes in the short term. The number of people looking to buy their first PC is at an all-time low and 2016 is likely to bring yet more turmoil to global PC vendors.