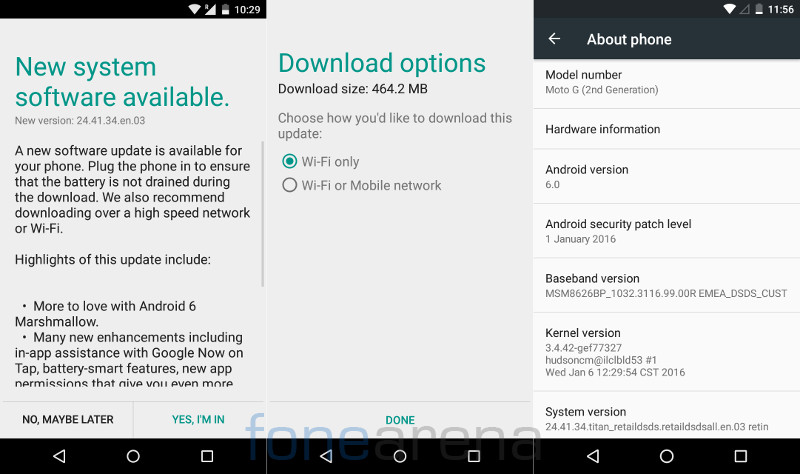 Motorola confirmed Android 6.0 (Marshmallow) update for a range of smartphones back in October last year. It recently added the Moto E (2nd Gen) 4G to list and said that it will get the Marshmallow update in some regions.