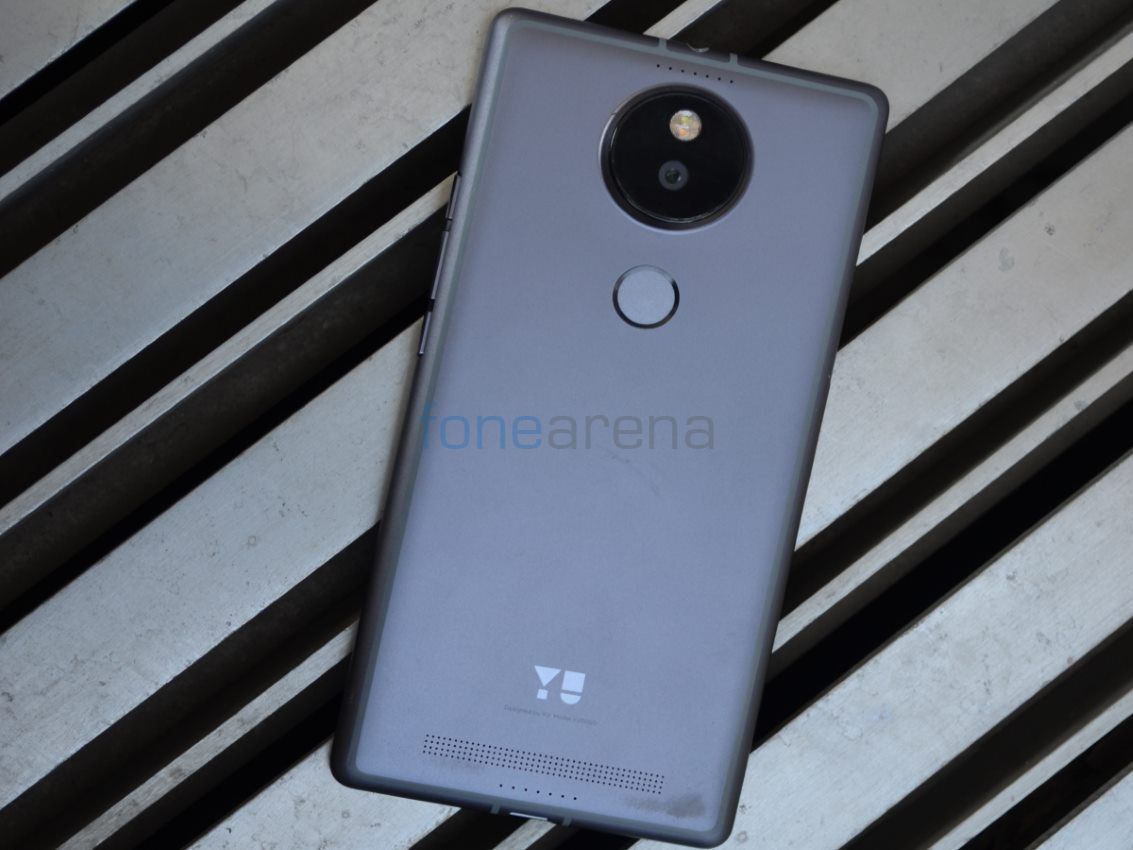 YU Televentures last month launched its first premium flagship smartphone the YU YUTOPIA at an event in New Delhi. Priced at Rs. 24,999, the phone is direct competition to OnePlus 2 with even better specifications on paper and seems very promising as well. But is it really worth? We find out in our detailed review.

Starting with the design of YUTOPIA, it follows similar design language as the other YU smartphones excluding their first launch – the YU YUREKA. The metal unibody YUTOPIA feels extremely solid and premium in hands. Unfortunately it only comes in a single grey colour. 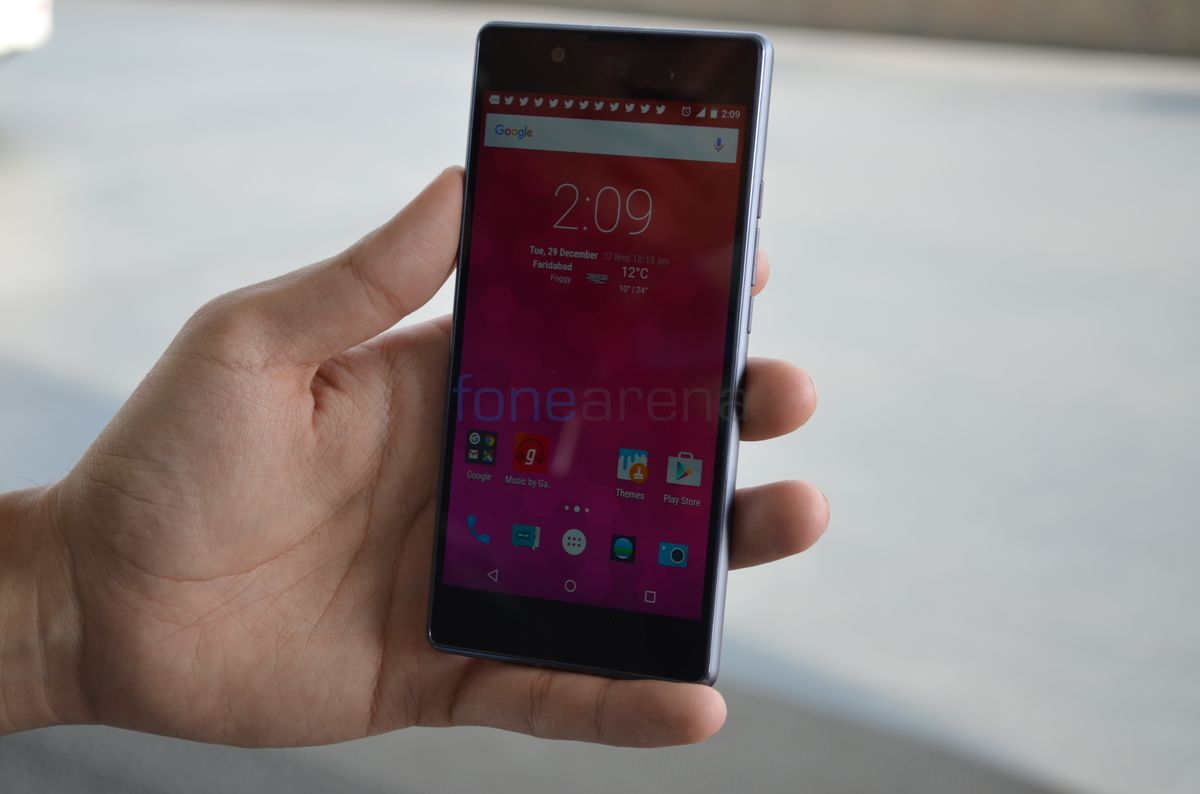 Upfront, the YUTOPIA features a 5.2-inch 2K display panel. The secondary 8-megapixel front facing selfie camera along with earpiece grill, and proximity and ambient light sensors sit above the display. 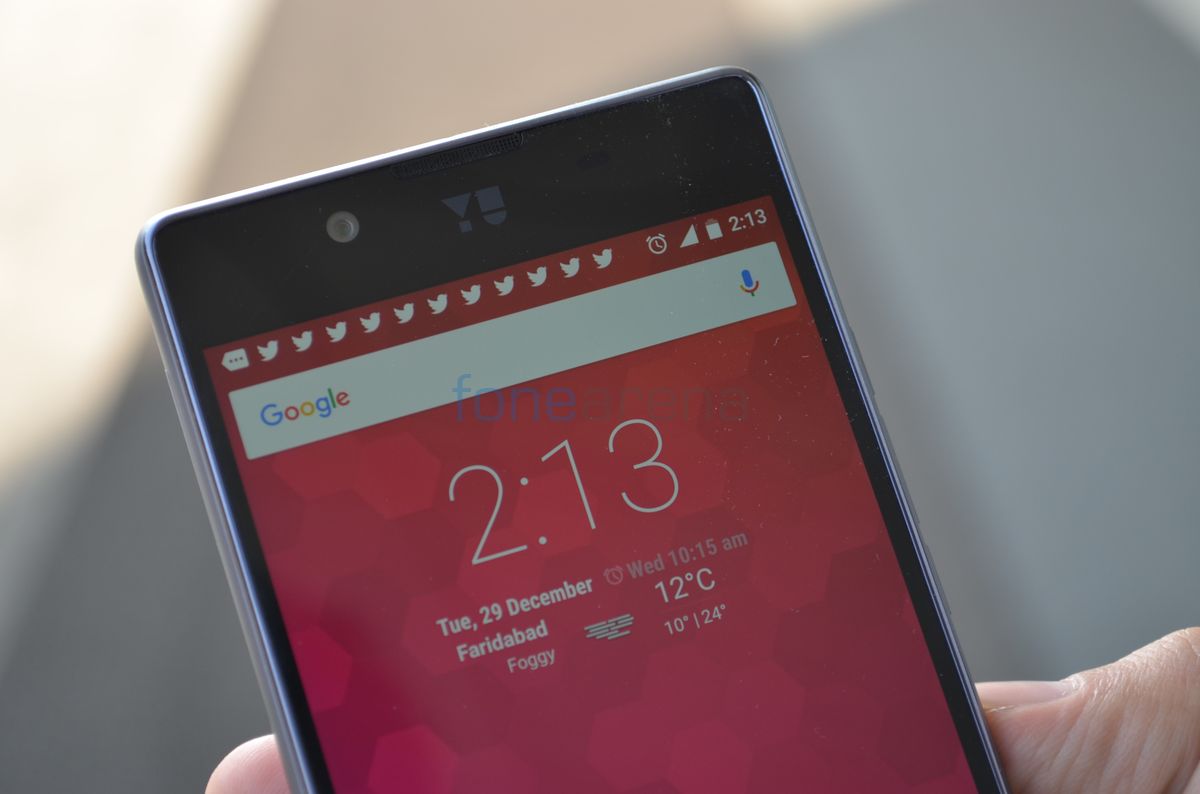 The three touch buttons (Back, Home and Menu) sit within the display. The notification LED is in the bottom center of the display. 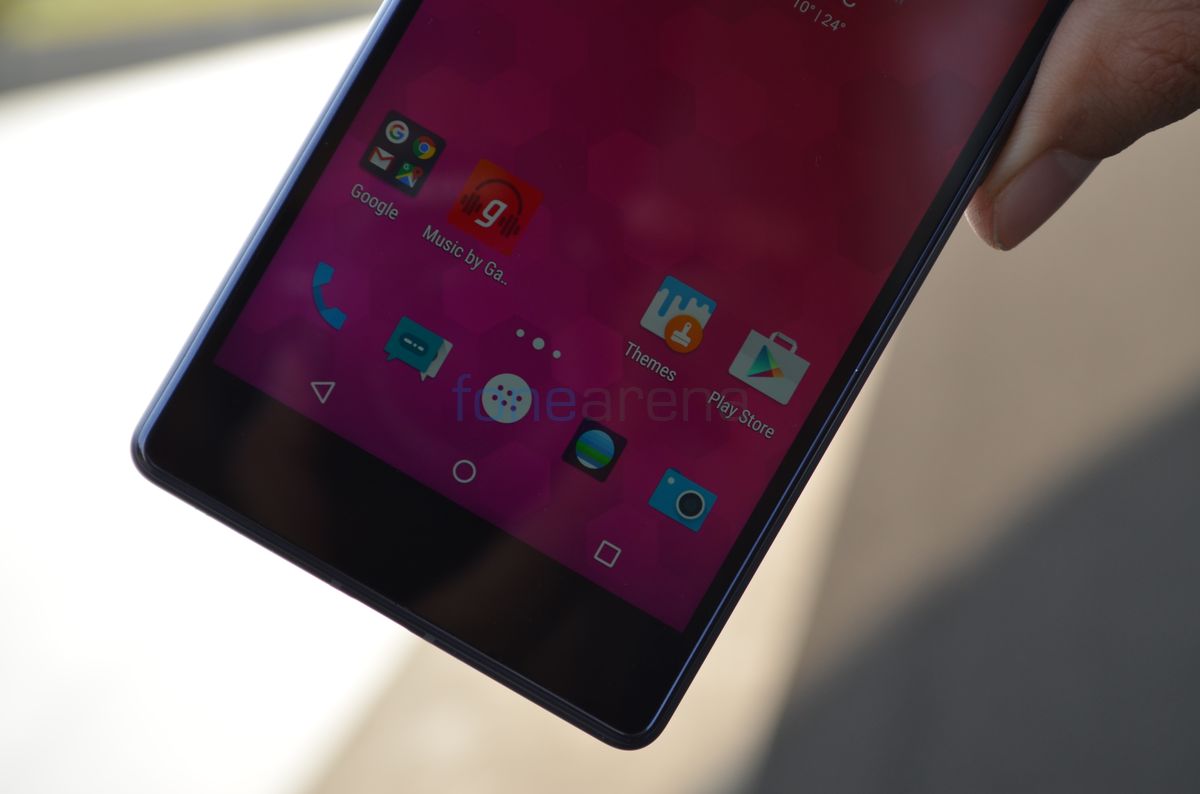 The power / lock button can be found sandwiched between two volume rocker keys on the right side, just like the YU YUPHORIA or YU YUNIQUE. The keys don’t have good tactile feedback. 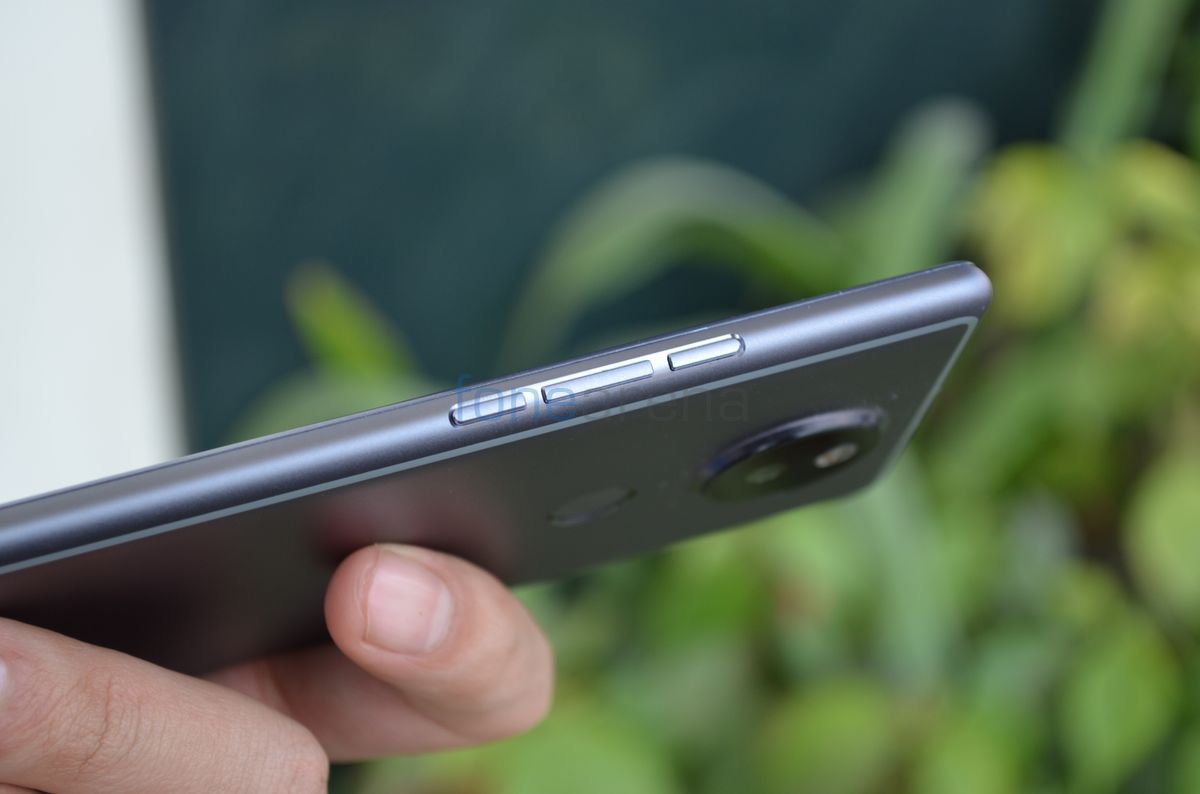 Left edge of the handset has the SIM card tray which is a hybrid slot, the secondary SIM slot doubles up as a microSD card slot. The top edge has got the 3.5mm audio jack. The bottom features the Micro-USB charging / data syncing port.

The metal back sports matte finish and doesn’t attract fingerprints/ smudges. The big 21-mgeapixel camera module along with the dual-LED setup sits in the center-top. The fingerprint scanner sits just below the camera followed by the YU branding and loudspeaker grill at the bottom. 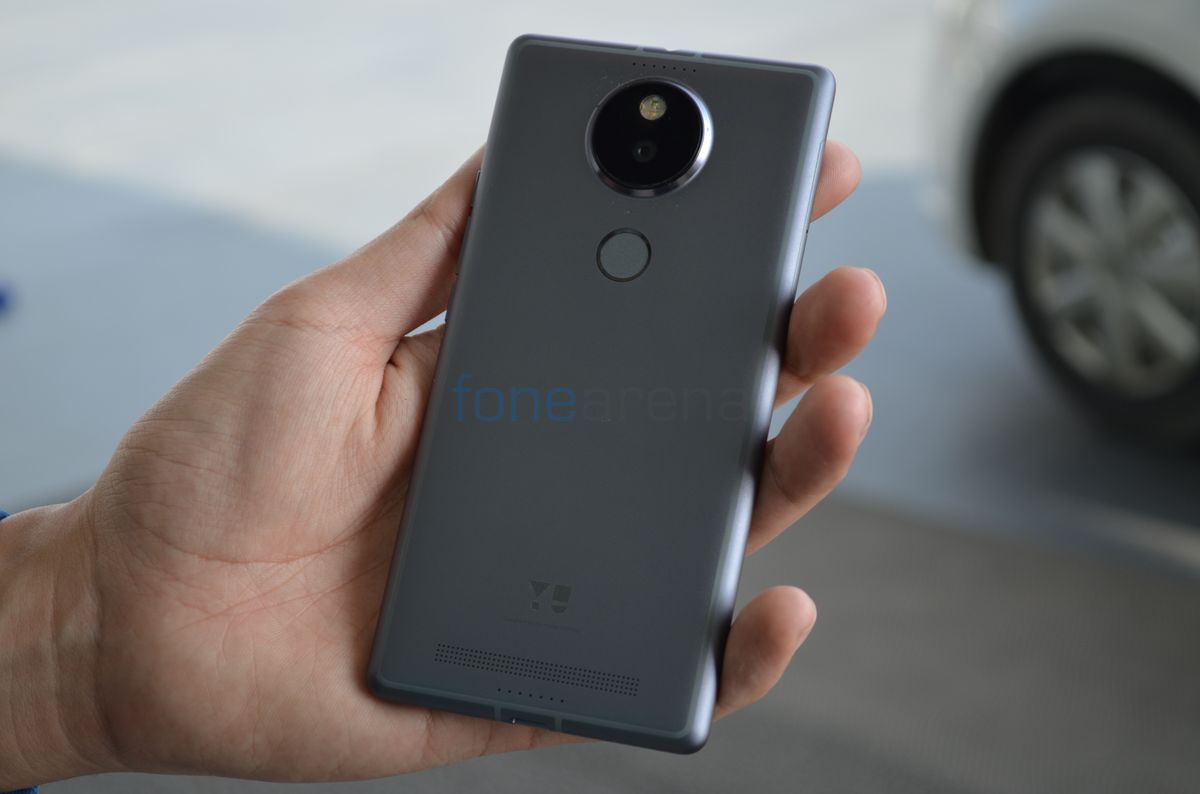 Overall, the handset is quite compact and measures 147 x 73 x 7.2mm. It weighs 159 grams. The phone is definitely solid and premium, but we personally didn’t like the single grey colour. 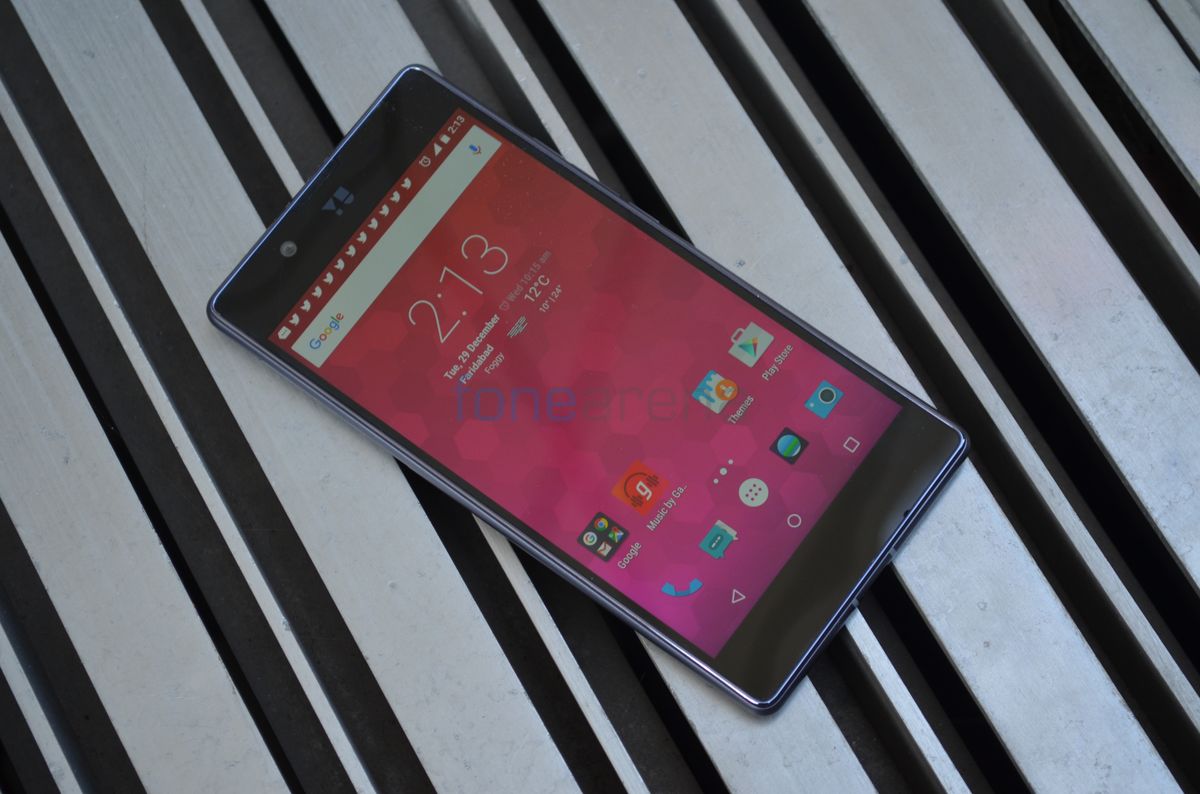 We found display to be very sharp and vivid. Though it is glossy and attracts fingerprints/ smudges, we still found it less reflective because of good screen brightness. The ‘bright sunlight mode’ makes the screen lit up a little more for viewing under direct Sunlight, though it would have been better if Auto brightness mode could do that without us having to enable it manually.

The 5-inch 2K panel appears less saturated and reproduces colours close to natural. The viewing angles as well as Sunlight legibility is excellent otherwise. So overall we found the display performance of YUTOPIA to be quite satisfactory for a smartphone in this price range.

Inside, the YUTOPIA packs an Octa-Core 64-bit Qualcomm Snapdragon 810 SoC (4 x 2.0GHz + 4 x 1.5GHz) coupled with Adreno 430 GPU and the best in class 4GB DDR4 RAM. The software on top is Android 5.1.1 (Lollipop) based Cyanogen OS 12.1 and YU promises that the device will soon get the Android 6.0 Marshmallow, which is already been tested by Cyanogen. 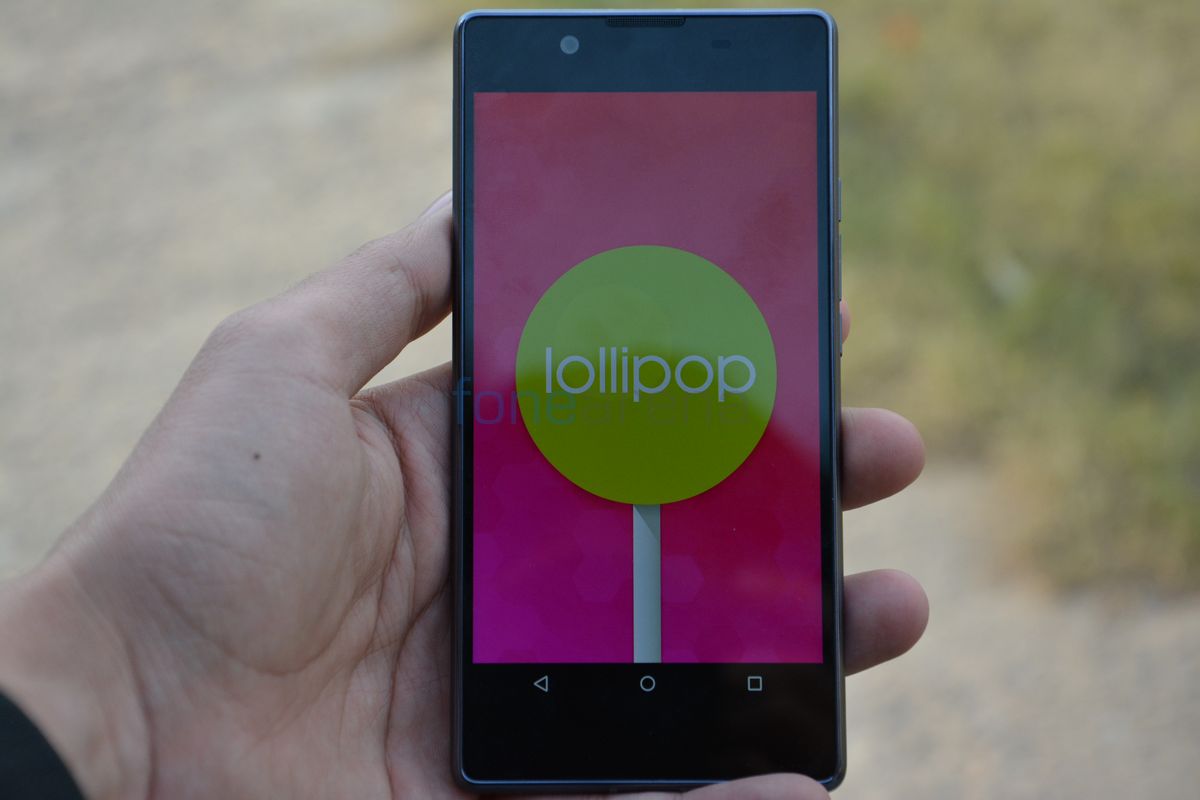 The phone’s internal storage on papers is 32GB, but users’ get about 22GB (22.21GB) free space upfront. It can also accommodate an additional microSD card (up to 128GB). Users get an option to move apps from phone to microSD card. The phone also supports USB-OTG.

The YU YUTOPIA on papers is a very strong device, but in real life performance the combination mostly lags because of sluggish software on top. The implementation of Android Lollipop based Cyanogen OS 12.1 isn’t smooth and will require update for a fix. The complete look and feel of the layer is different from stock Android. The app drawer is in alphabetical list form and can be swiped up/ down. 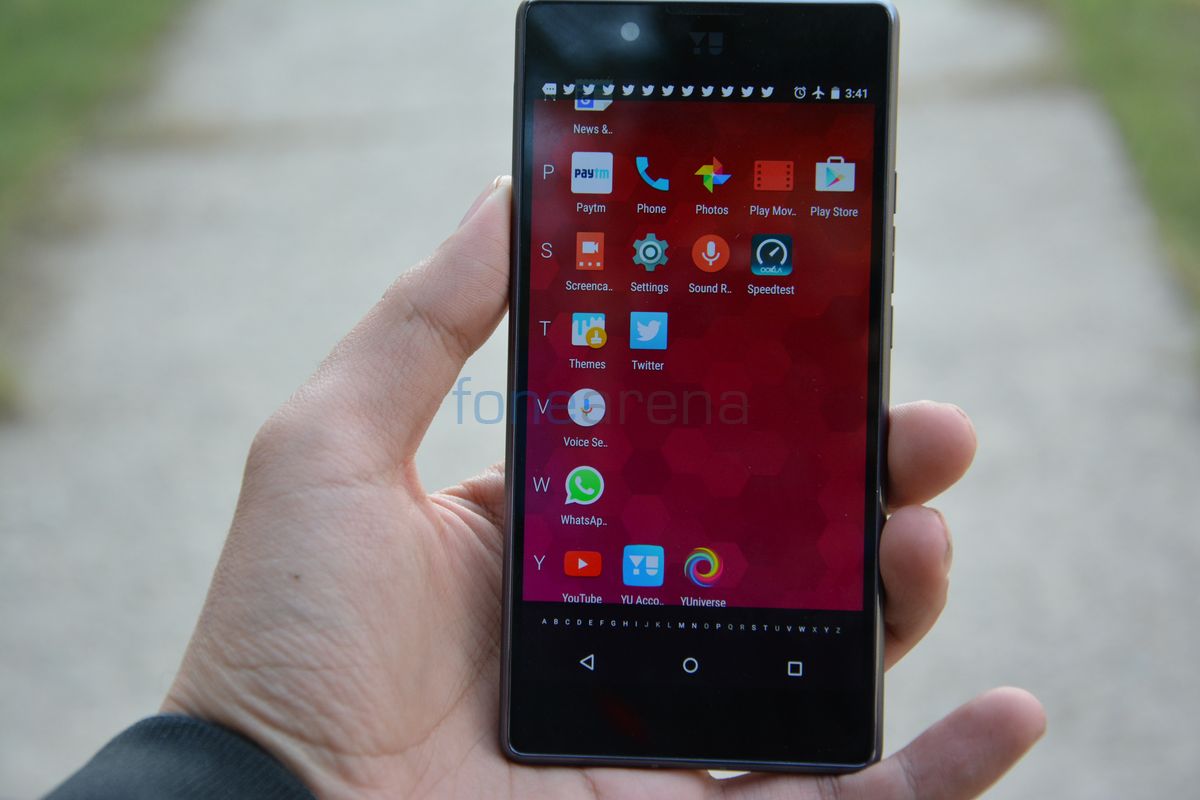 Talking about the gaming performance, the heavy games like ‘Asphalt 8’ had no problems at all. Audio output for the game or otherwise on loudspeaker is decent. YU ships a particularly good 9.2mm driver in-ear headphone from ‘House of Marley’ called the Little Bird in the box. Output on the headphones is extremely good, but doesn’t go loud enough. The phone also has FM radio. 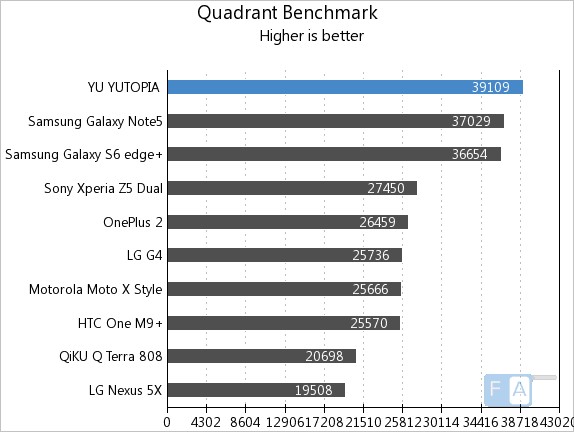 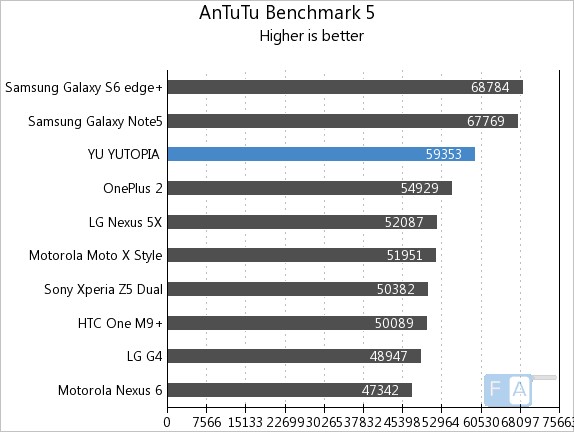 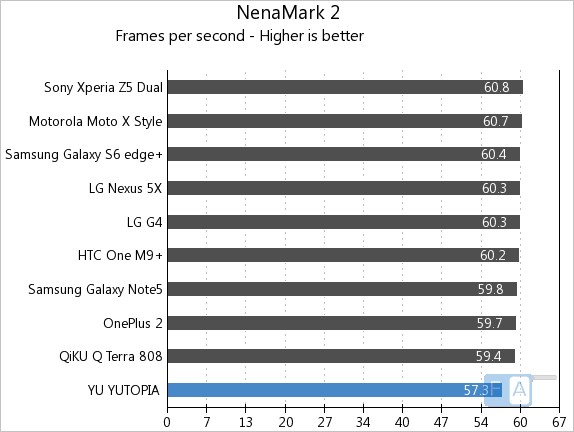 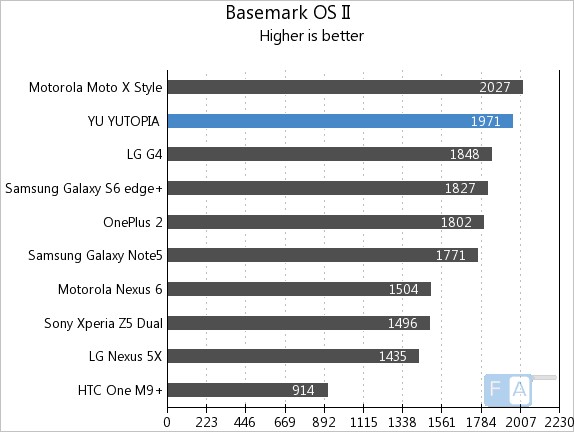 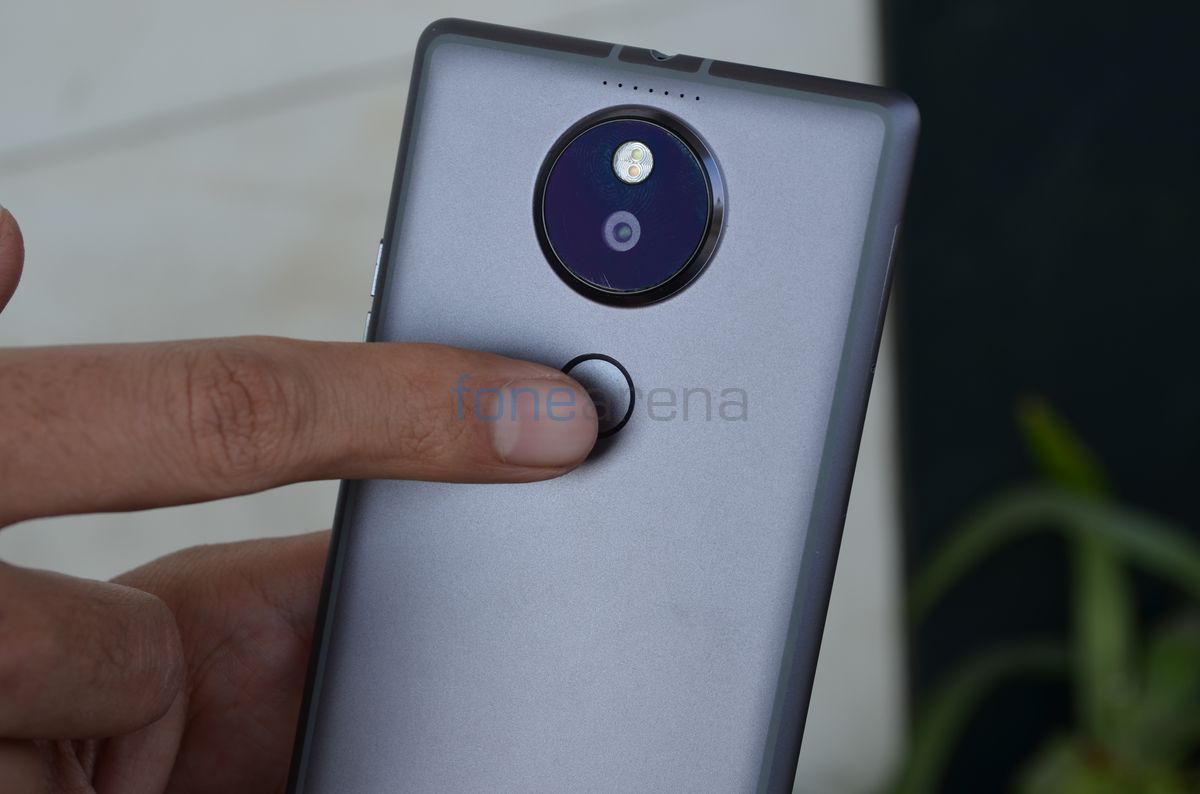 The fingerprint scanner at the back is very disappointing. It takes a little longer tap to recognize fingerprint, and most of the time it failed on first attempt. Unlike Nexus Imprint, the scanner doesn’t learn over time. But the only two good things about the sensor is that it doubles up as tap switch for taking selfies and can store up to five fingerprints. We were hoping that scanner could also be used as tap switch for taking images from the rear shooter, since you could always point it towards you to take selfies from the rear 21-megapixel camera, but unfortunately there is no option. 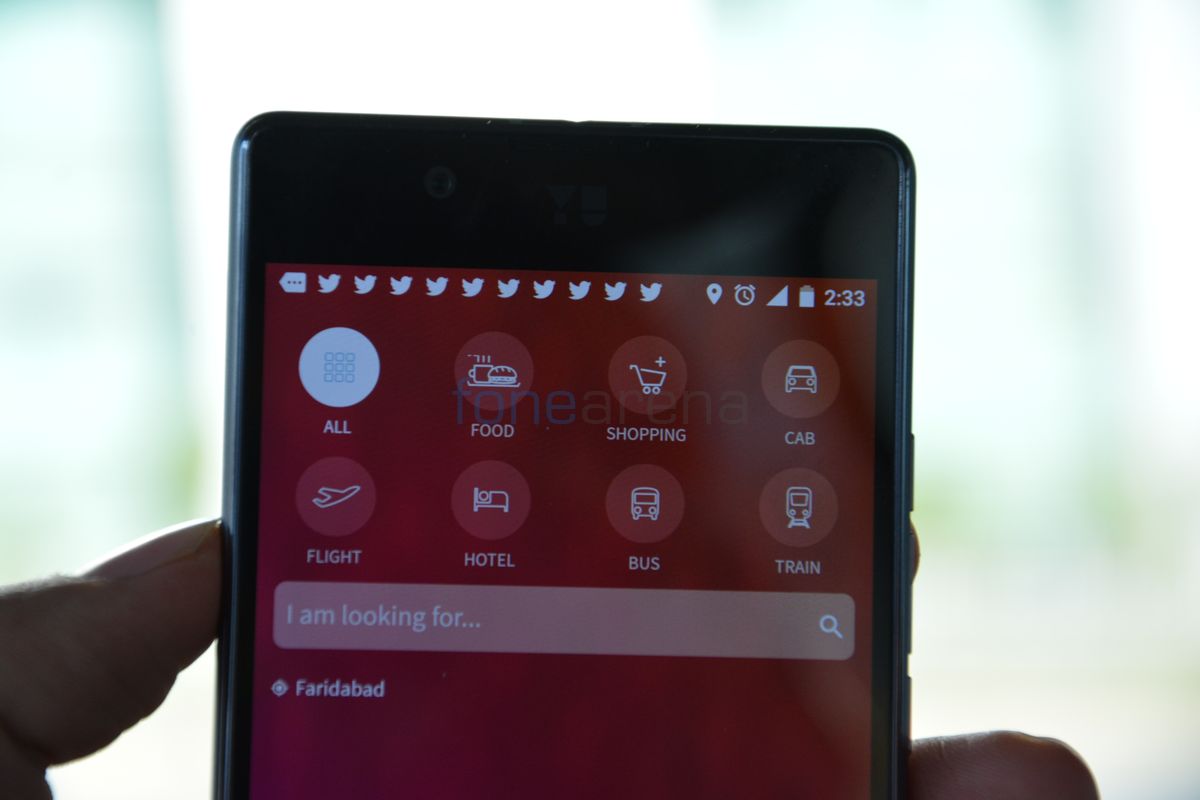 YU has integrated a new service called ‘AroundYU’ which basically is an aggregator service backed by iXigo and has partners like Ola for cabs, Amazon and Snapdeal for shopping, Zomato for food, and more. The service can be simply accessed by swiping left from home screen just like Google Now.

With AroundYu, users can either order food, shop, book a cab, flight, hotel, bus or even train. It uses your phone’s location and most things work based on that, in a form like Google Now cards.

YU claims that this service can replace dedicated apps like apps used for booking a taxi or flight or to order food, but we felt the service to be quite amateur at this stage and it couldn’t come anyway near to standalone app experience of any service per say. Maybe company will keep updating the service for good. 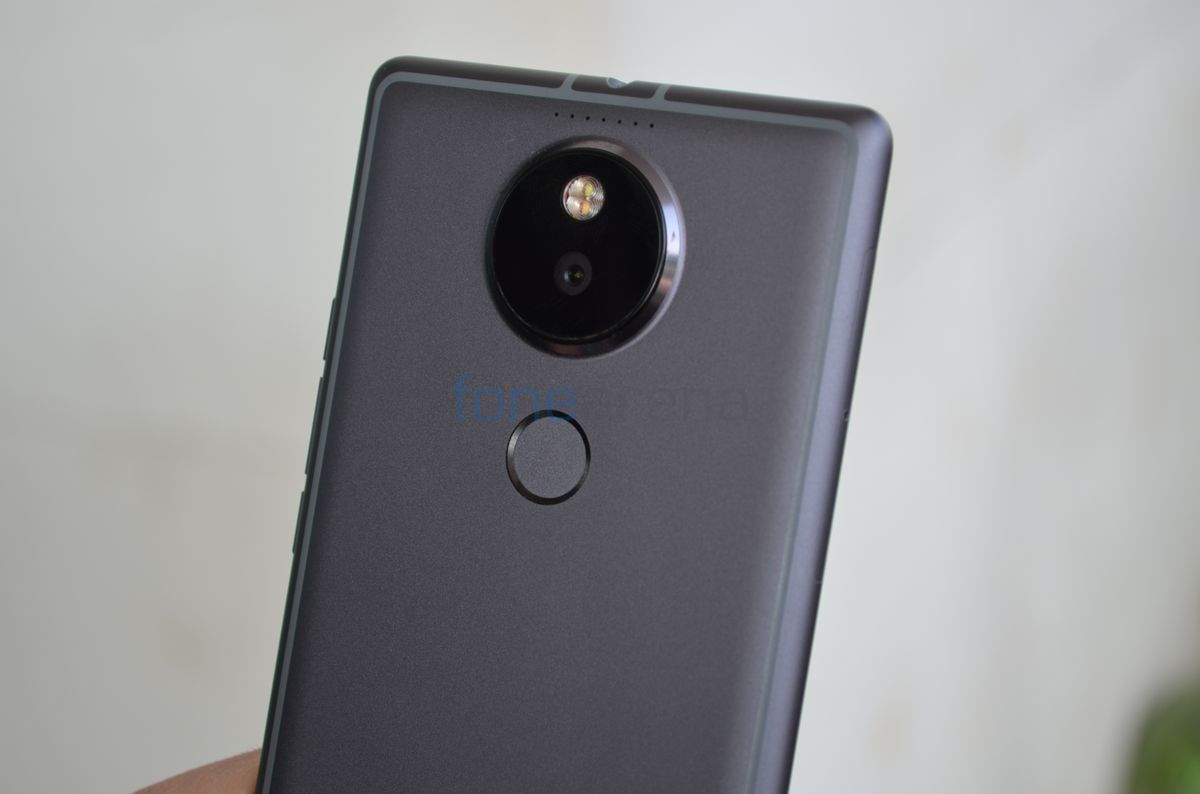 The rear 21-megapixel shooter can capture really good shots with precise details in daylight as well as artificial lighting conditions or at night. The colour reproduction in images appears close to natural and sharp. The rear camera can even record 4K UHD videos. Talking about the 8-megapixel selife camera, it had a lot of detailing, but sometimes we saw it behave oddly and produce more hazy images than rear.

The auto-focus and tap-to-focus is slightly slow in both cameras, and so as the shutter speed. Although there is a no delay mode in settings that you’ll need to enable if you want to capture images instantly. Changing camera modes just requires a simple swipe up and down, which is convenient. Other than that there are not many optional tweaks in the camera settings, so a third-party camera app would be a better workaround. Overall, we feel the cameras on YUTOPIA aren’t exceptionally great, but slightly above average.

Check camera samples below (Click the image for the full resolution sample). 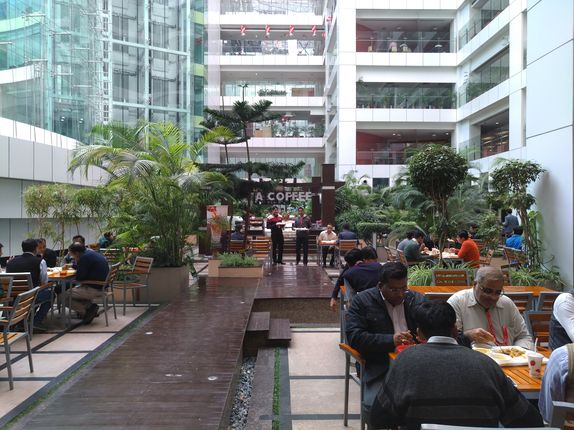 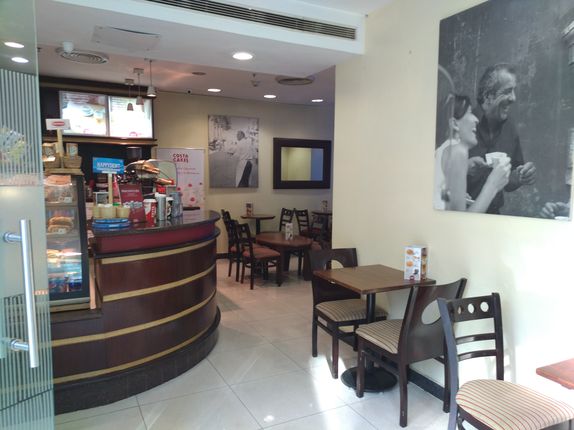 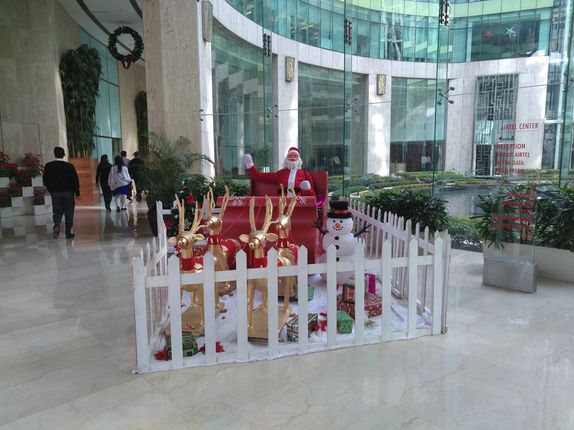 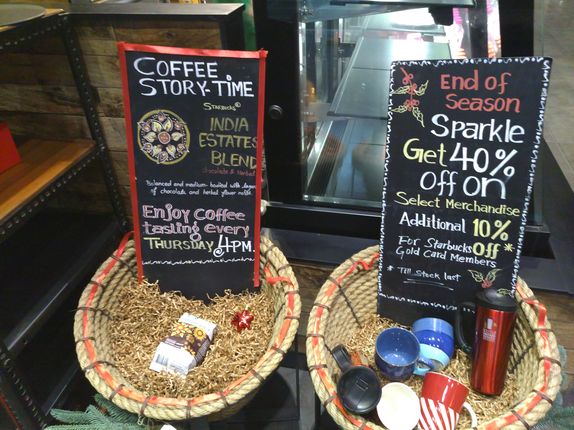 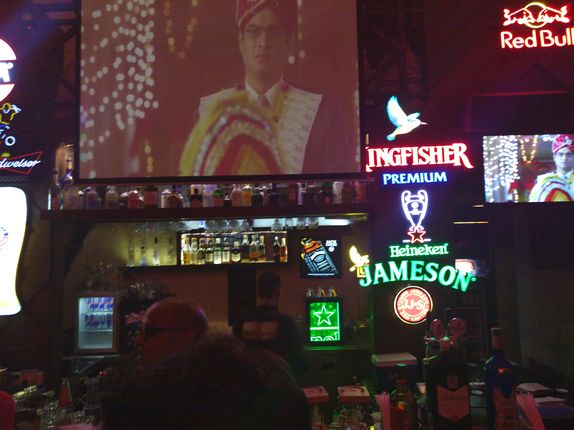 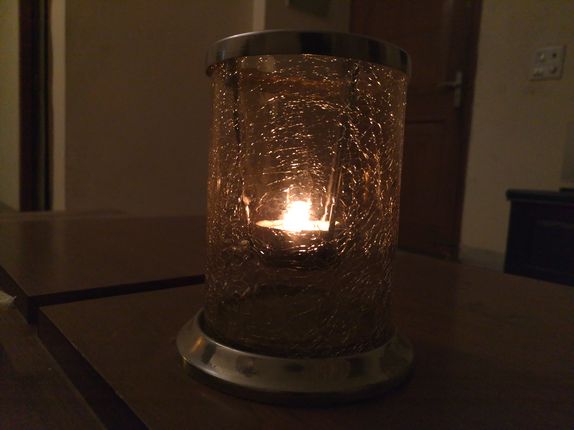 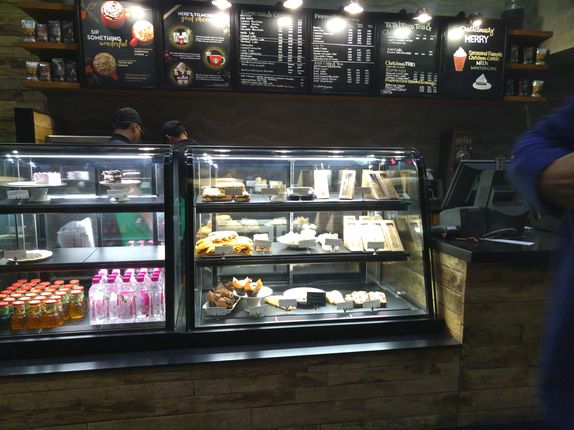 The YU YUTOPIA is a dual Hybrid-SIM device that can either accommodate a Nano-SIM card or a microSD card in SIM 2 slot, whereas the SIM 1 is standard Micro-SIM slot. Both SIM slots support 4G LTE for Band 3 (FDD-LTE 1800MHz) and Band 40 (TDD-LTE 2300MHz) in India. Other connectivity options include dual-band WiFi 802.11ac (Dual Band), Bluetooth 4.1 and GPS. The phone also includes quite a few sensors than a standard smartphone – such as G-sensor, L-sensor, P-sensor, 6- axis Gyroscope, Electronic compass, Barometer, Hall Sensor and Fingerprint sensor. 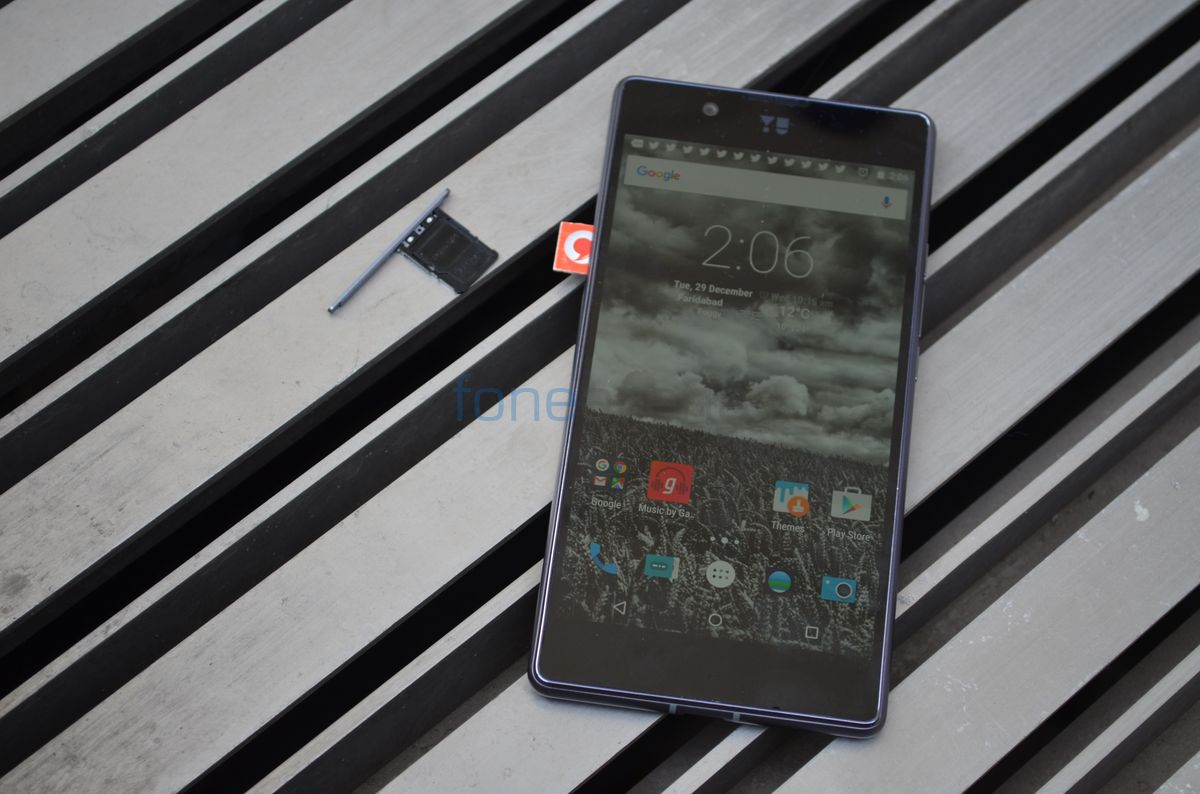 The handset is backed by a non-removable 3000mAh battery, which also supports Qualcomm’s Quick Charge 2.0 – claimed to charge the device from 0 to 60% in just 30 minutes. We also found that claim to be correct.

About the battery life, it could easily run through a full-day if you are a mild to average user, but for power users it’ll not serve as per expectations. Especially with the 2K display onboard, company should have used a bigger battery instead. One good thing is that the battery can quickly charge.

Overall, the YU YUTOPIA is a great attempt from an Indian smartphone maker. The smartphone is extremely solid and is quite a looker, although we hope YU gets more colours for the device. Now, in terms of why we think that the phone is not worth considering because of the price segment it belongs to. The great specifications on paper do not completely convert it to real life performance and it is sluggish after all. The phone has decent cameras overall and sports quick charge 2.0. Although, going forward we would have liked the smartphone with USB Type-C instead of Micro-USB.