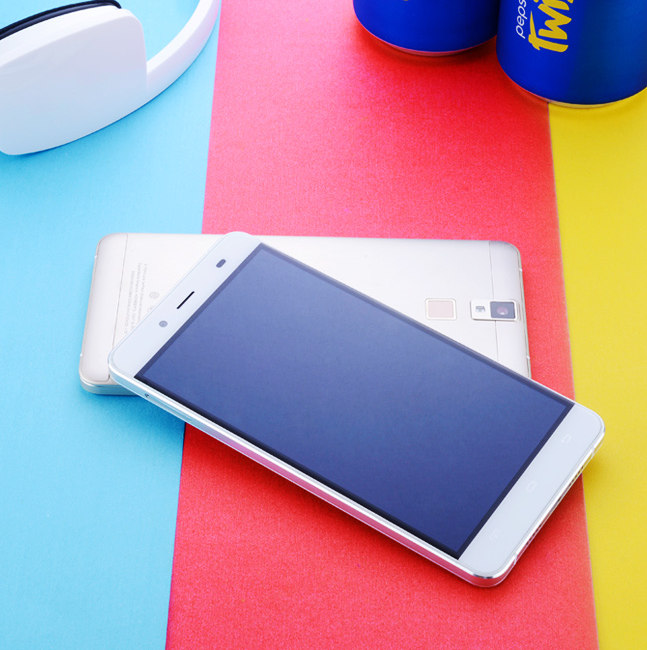 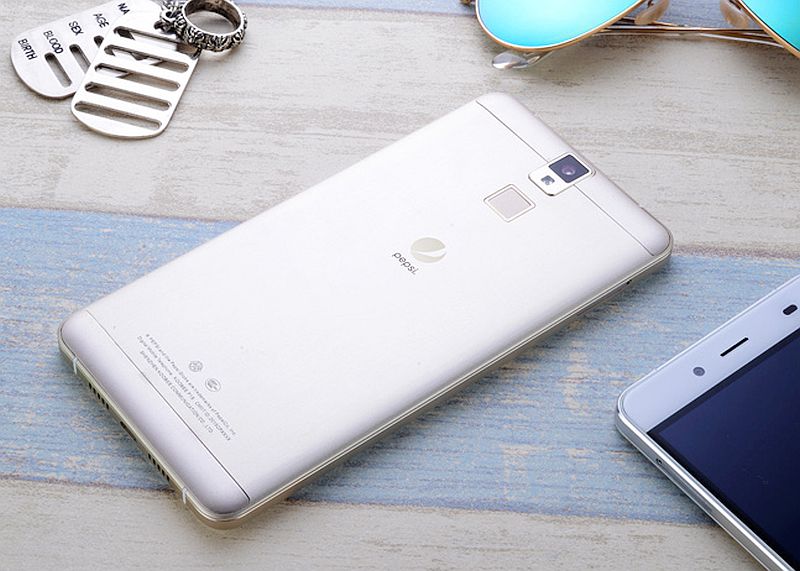 This week started with popular soft drink company’s first phone launch. After several leaks, Pepsi Phone P1s went official in China. Notably, the standard version of the phone is called P1 and the China Unicom version with FDD-LTE support is called the P1s.

Pepsi and Shenzhen Scooby Communication Equipment Ltd. in collaboration will produce the Pepsi Phone P1 / P1s. The smartphone features a 5.5-inch (1080 x 1920 pixels) 2.5D curved glass display, is powered by an Octa-Core MediaTek MT6592 processor and runs on dido OS based on Android 5.1 (Lollipop). It has a aluminum unibody design and even has a finger print sensor on the back. It has a 13-megapixel rear camera on the back and 5-megapixel front-facing camera. 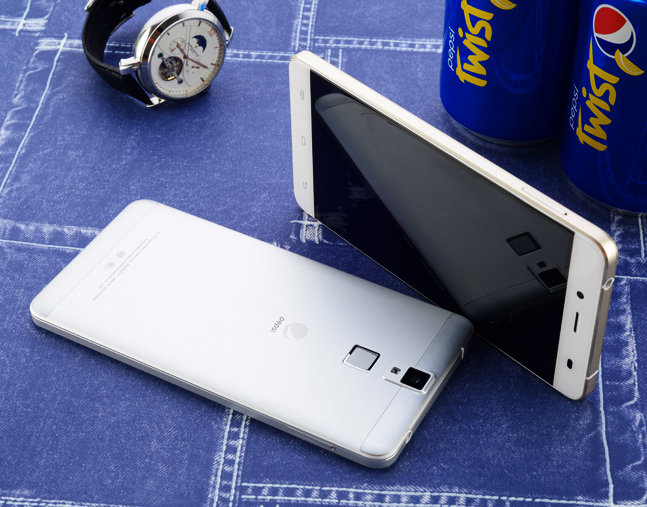 The Pepsi Phone P1s comes in Blue, Gold and Silver colors and is available for order through crowdfunding campaign on jd.com in China. Read our full coverage here.

The Micromax Canvas Xpress 4G Q413 is company’s latest budget 4G smartphone in the Canvas Xpress series. It packs a 5-inch HD screen, is powered by a quad-core 64-bit MediaTek MT6735P processor, runs on Android 5.1 (Lollipop) OS, comes with a 8-megapixel rear camera and a 2-megapixel front-facing camera. Micromax has partnered with Flipkart to sell the smartphone. At the launch event Micromax said that all the future Xpress series phones will be exclusive to Flipkart. Check Photo Gallery and Hands On video below.

The Canvas Amaze Q395 surfaced on the official website and is available for purchase on ebay.in. It packs a 5-inch HD screen, is powered by a quad-core MediaTek MT6580 processor, runs on Android 5.0 (Lollipop), has a 13-megapixel rear camera with LED flash and a 5-megapixel front-facing camera. It has dual SIM support and 3G connectivity. 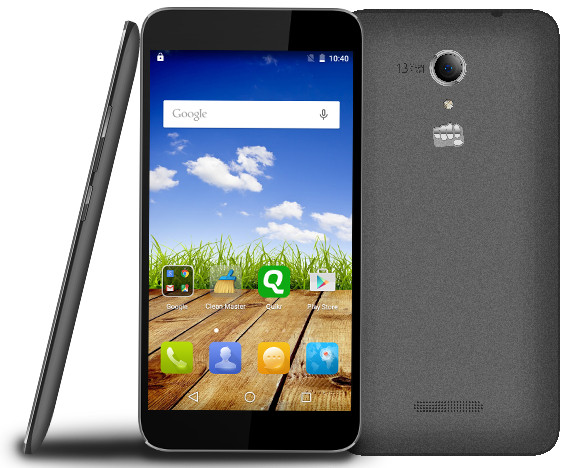 The Canvas Nitro 3 E352 is also available for purchase from eBay.in. It has a 5-inch HD screen and runs on Android 5.1 (Lollipop) OS, similar to the Canvas Xpress 4G, but this is powered by an Octa-Core MediaTek processor, has a 13-megapixel rear camera with LED flash and a 5-megapixel front-facing camera with LED flash. It has dual SIM support, but it comes only with 3G connectivity. 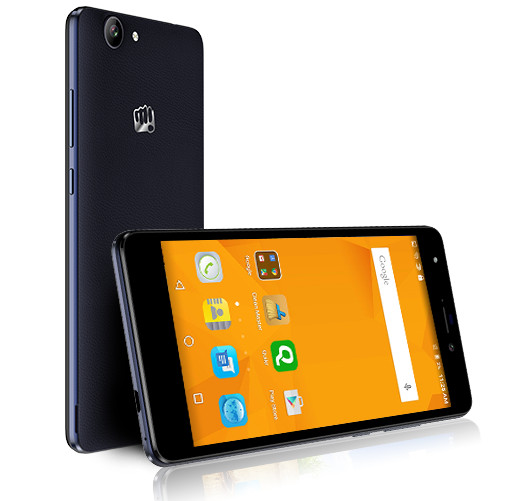 Samsung finally introduced its most rumored Galaxy J3 (SM-J3109Z) smartphone in China. It packs a 5-inch HD Super AMOLED display, compared to 4.7-inch qHD AMOLED screen on the Galaxy J2 that was launched in India in September. It is powered by a 1.2GHz quad-core processor, runs on Android 5.1 (Lollipop) OS with Samsung’s own UI on top, comes with a 8-megapixel auto focus rear camera and a 5-megapixel front-facing camera. 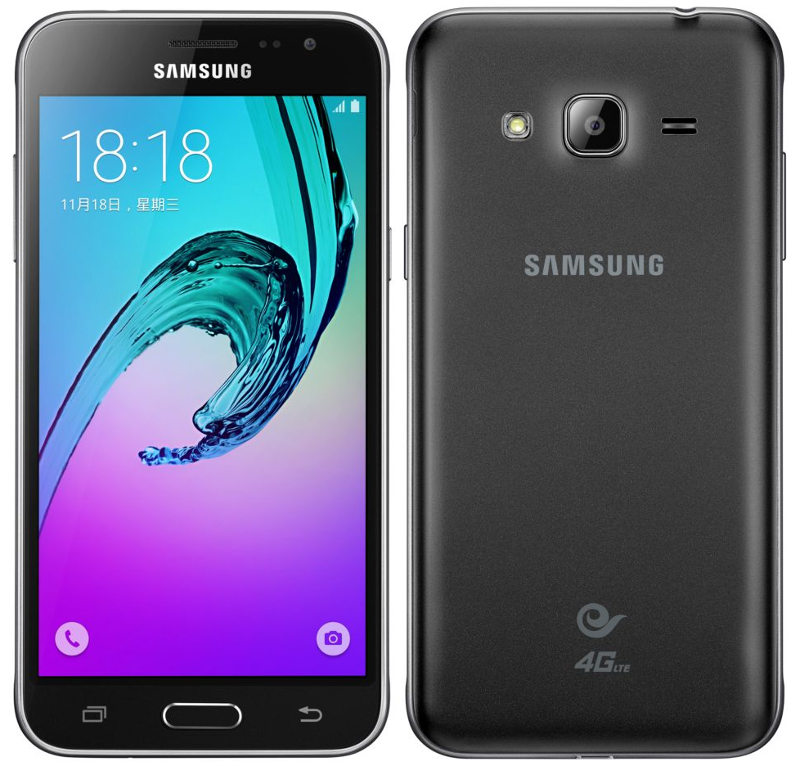 The Samsung Galaxy J3 comes in White, Black and Golden colors, but there are no details about the pricing or roll out details yet.

Gionee announced its latest USB Type-C smartphone this week in China. The Gionee S6 went official without the Elife branding however. The device is just 6.9mm thick at its thickest point and 4mm at its thinnest point. While that is thicker than the S5.5, it does seem to pack in more power and features than before. The device which has a primarily metal construction houses a 5.5-inch 720p AMOLED display but manages to have a relatively smaller footprint. 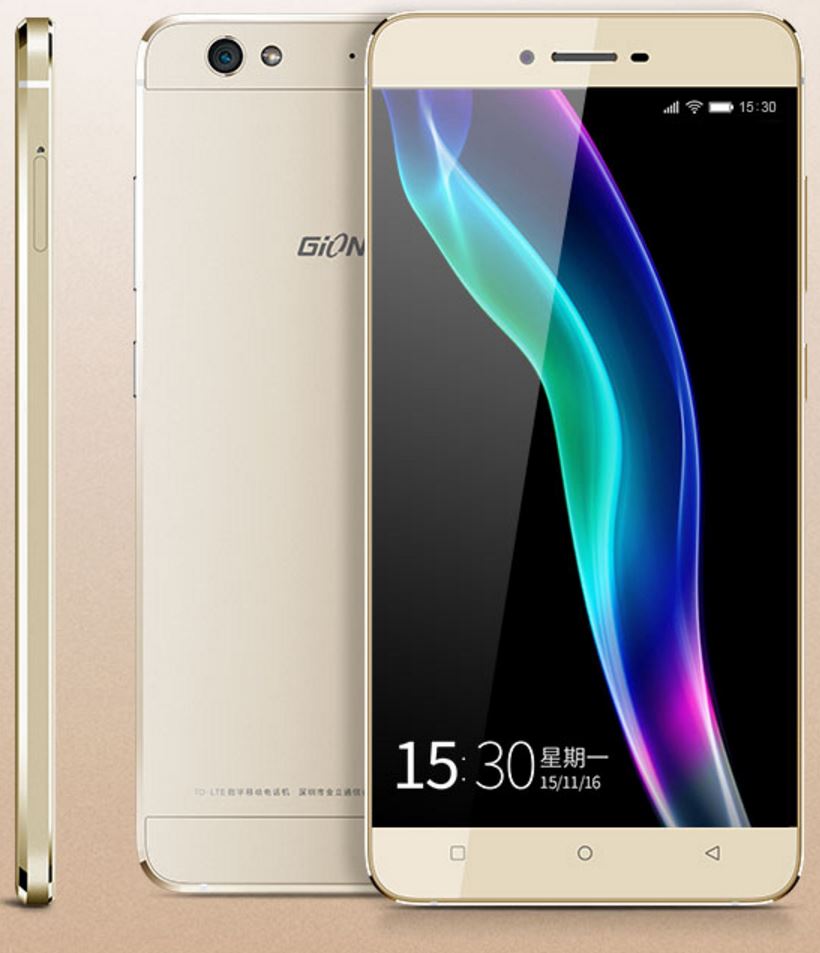 Gionee claims that the smartphone has a screen to body ratio of 77.8% which is one of the best on any smartphone at the moment. It also features the USB Type-C, making it the second USB Type-C smartphone from Gionee, The smartphone will be available in both Gold and Platinum colours in China starting from 22nd November at a price of 1699 Yuan (Around Rs 17500 or US$ 266.58)

HTC introduced the One M9s in Taiwan, which is the version of One M9e that was introduced last month in China. It packs a 5-inch 1080p display, is powered by an 2.2GHz Octa-Core MediaTek Helio X10 (MT6795T) Octa-Core 64-bit processor and runs on Android 5.1 Lollipop with HTC Sense UI on top. It has a 13-megapixel rear camera with dual LED flash, optical image stabilization (OIS) and a UltraPixel front-facing camera. It has dual front-facing BoomSound speakers and Dolby Audio. 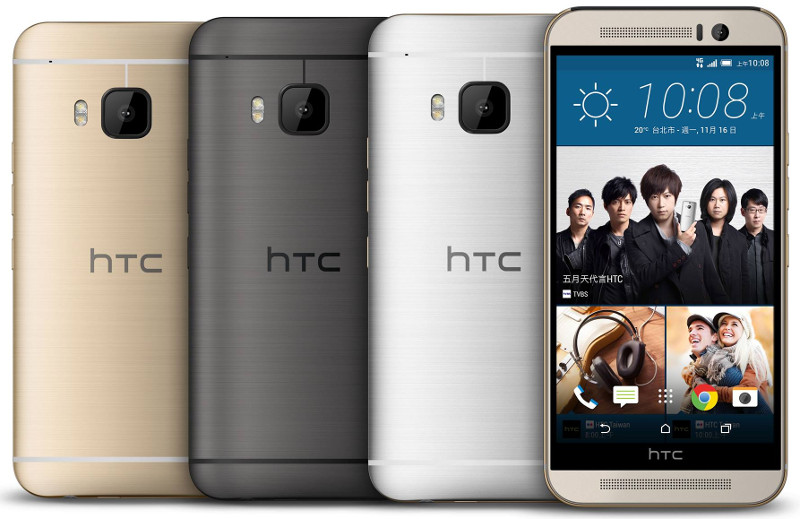 It has unibody metal build, has 4G LTE support and single nano SIM slot. It could come with dual SIM support in future depending on the market. The HTC One M9s comes in Gold, Gunmetal Grey and Silver colors, is priced at NT$ 12,900 ( U$ 394 / Rs. 26,000 approx.) and will be available purchase in Taiwan from HTC stores, online and few other stores starting from 20th November.

Lenovo announced the Vibe X3 this week, which is the successor to the Vibe X2 from last year. The device will be available in two different variants with one end having better features and high-end specifications.

While the Vibe X2 had a flat rectangular layered design with rounded edges, the Vibe X3 opts for a totally different design that is curvier and more ‘palm-friendly’ than its predecessor. Like we mentioned earlier there are two different variants and while the design doesn’t change much, the internals do change quite a bit. The variant with slightly inferior specs will likely be called the Vibe X3 Lite. However the display on both units remains the same. Both the models will have a 5.5″ Full HD Display with Corning Gorilla Glass 3 protection. Checkout complete specifications and pricing here. 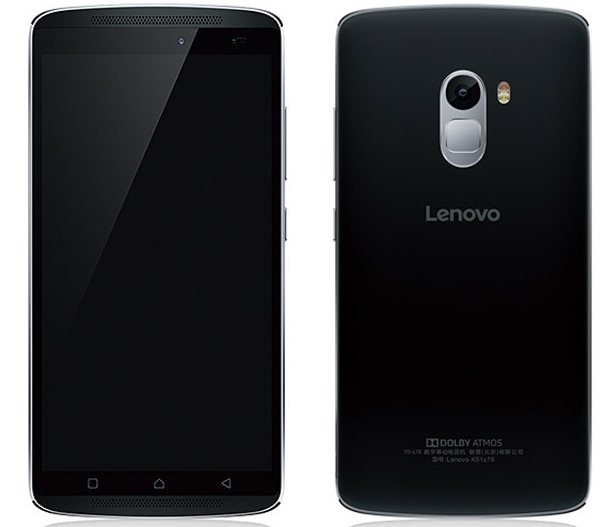 OnePlus introduced new cases for the OnePlus X smartphone that comes in five versions – Rosewood, Sandstone, Black Apricot, Bamboo and Karbon version, back in October. It also introduced Silicone cases in Black, Blue, Red and White colors at the time. This week, the company launched Sandstone, Bamboo, Karbon and Silicone cases in India, along with new Translucent and Clear cases. These cases are available in India from Amazon.in, but the company did not say when it will launch the remaining two Rosewood and Black Apricot cases in the country. 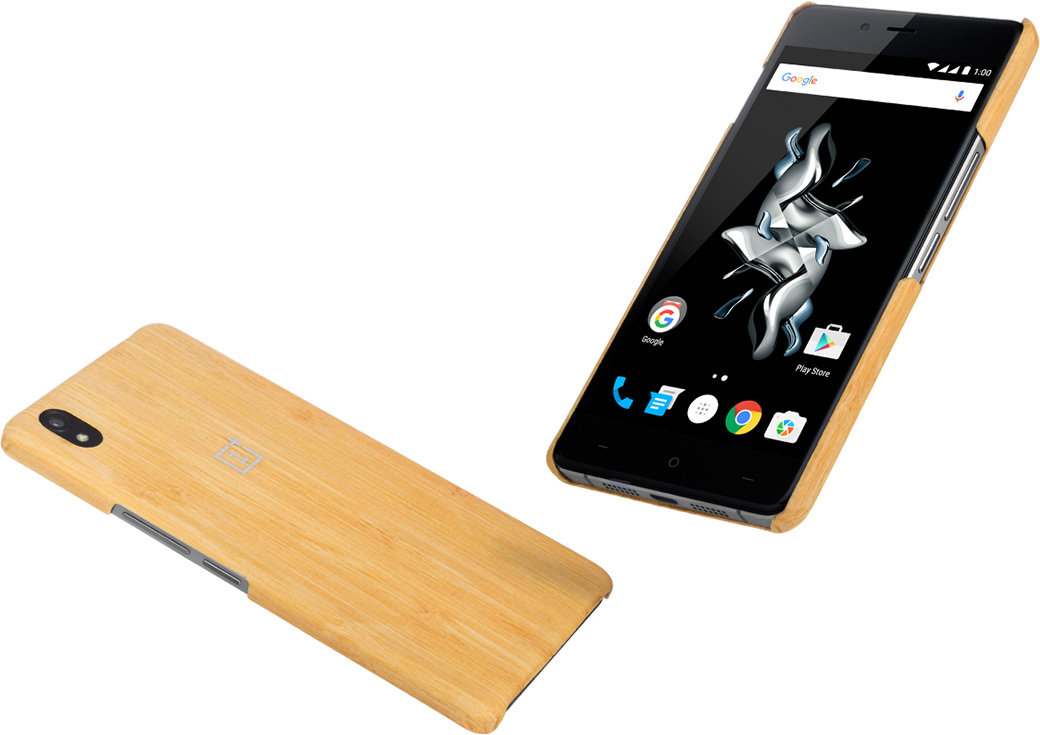 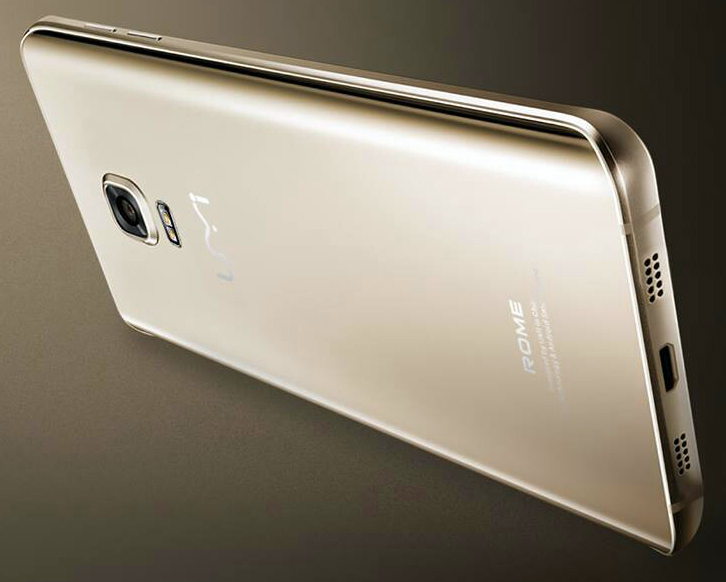 The smartphone has a design that almost clones the Samsung Galaxy Note5. It has the same curved back as well. The Rome packs a slightly smaller 5.5-inch display compared to the 5.7-inch display on the Note5 though. It has 720p AMOLED display with curved 2.5D curved glass. It is powered by a 64bit octa-core Mediatek MT6753 processor that’s clocked at 1.3GHz and backed by a 3GB of RAM. There’s 16GB of internal memory but the microSD card expandablity details isn’t yet available. The primary camera is a 13-megapixel Sony IMX164 sensor while there is a front facing 2-megapixel camera onboard with selfie LED flash.

Meitu, which is a relatively unknown brand from China, launched a selfie-centric phone the Meitu V4 this week. The biggest highlight of the V4 is its 21-megapixel front as well as back camera. 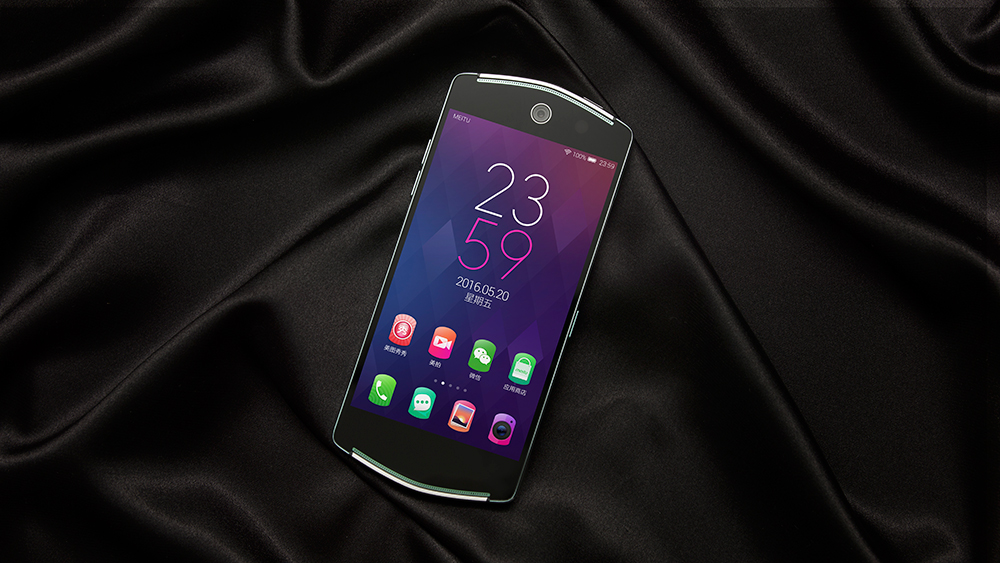 The design of the smartphone closely resembles the Micromax Canvas Selfie, however it is not identical. The V4 packs a 5-inch 1080p AMOLED display, is powered by an octa-core Mediatek MT6795 processor and has PowerVR G6200 GPU. There is 3GB of RAM and 64GB of onboard storage. The device will run on Android Lollipop 5.1 out of the box with MeiOS 2.5 on top. It is priced at 3,499 Yuan (around $548 or Rs 36,000).

Other Weekly Launches and Announcements

Apple this week officially launched its Magnetic Charging Dock for the Apple Watch, after recent leaks. The dock lets you charge the Apple Watch in a flat position with its band open, or on its side, since it has a small adjustable ring in the center. “When docked on its side, your watch automatically goes into Nightstand mode, so you can also use it as your alarm clock,” said Apple. 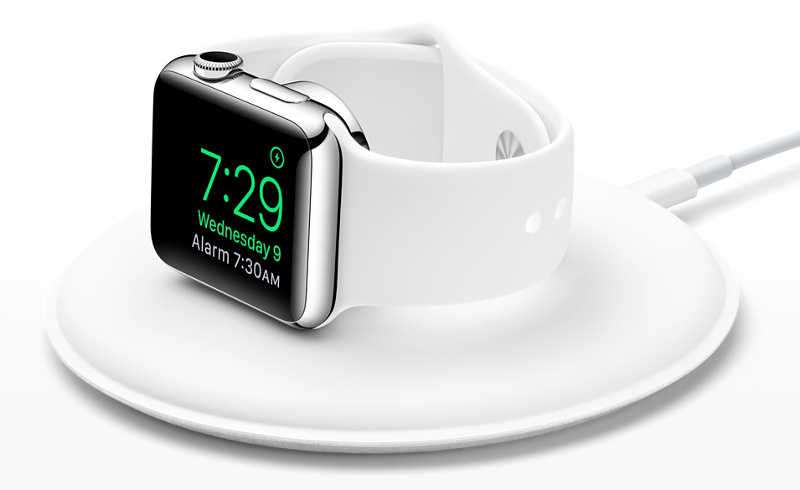 The Apple Watch Magnetic Charging Dock is priced at $79 (Rs. 5230 approx.) and is currently available in the US through Apple Stores and Apple’s online store.

Google introduced Asus-made Chromebit dongle, a compact stick running Chrome OS back in April. This week. both companies in partnership launched the Chromebit. It plugs directly into the HDMI port on a TV or monitor to turn it into a desktop PC offering 1080p output. It has a fan-less design, but if it gets too hot (over 35-degrees), Chromebit will shut down automatically to prevent overheating, according to Asus. 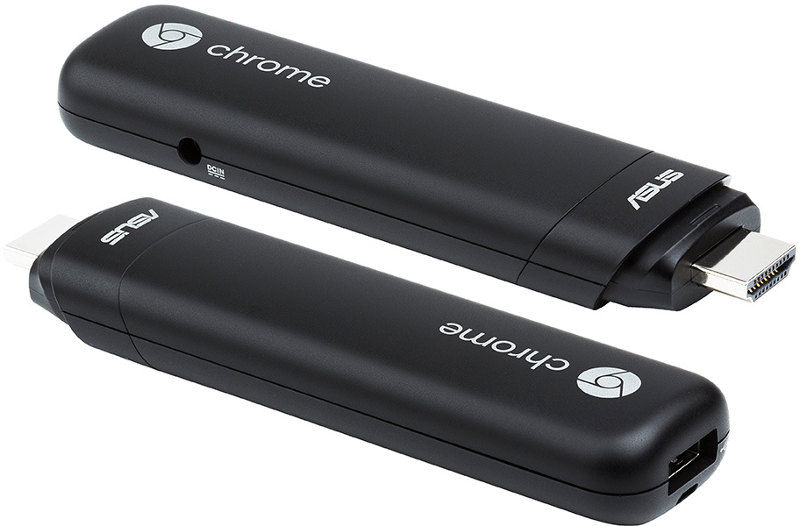 The Google Chromebit comes in Cacao Black, Tangerine Orange colors, is priced at $85 (Rs. 5610 approx.) and will be available in the U.S.

Pantel Technologies launched Penta T-Pad WS802X, the company’s first Windows 10 tablet. It comes in white color and is priced at Rs. 5,499. It is available exclusively on HomeShop18 and comes with a free keyboard and Bluetooth mouse worth Rs. 2000. 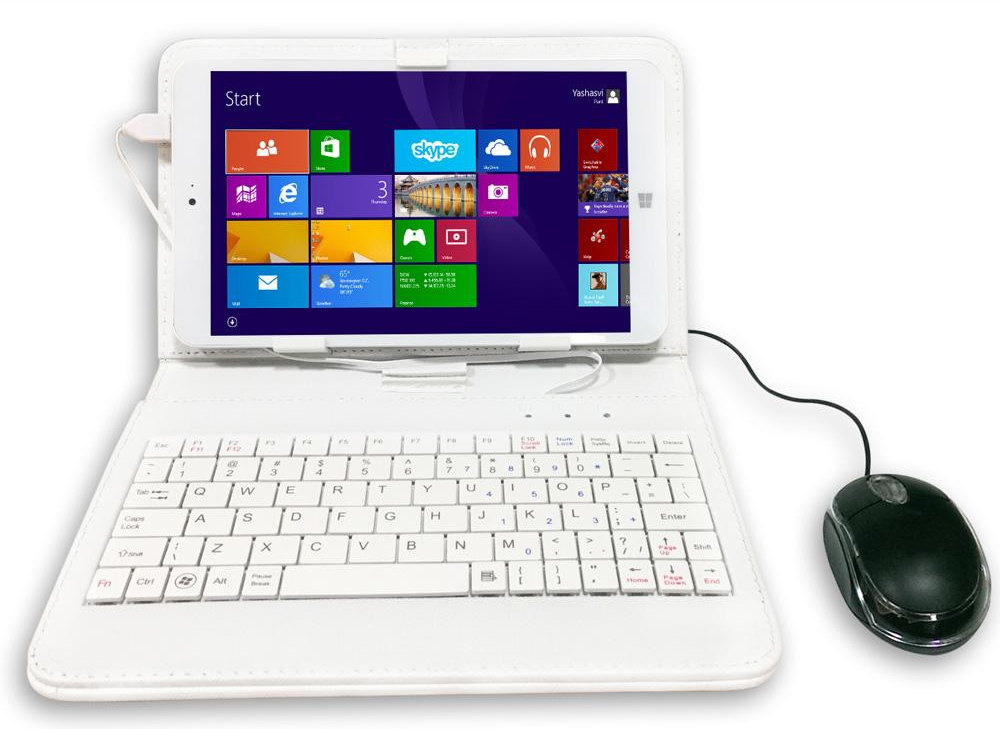 The Pantel Penta T-Pad WS802X has a 8-inch (1280 x 800 pixels) display, is powered by a 1.3 GHz quad-core Intel Atom processor, has a 2-megapixel rear camera and a 2-megapixel front-facing camera. It has 1GB of RAM, 16GB of internal storage with expansion slot and a 4000mAh battery that promises 6 to 8 hours of usage.

TP-LINK launched Archer D20 (AC750) Wireless Dual Band ADSL2+ Modem Router in India. It has a clam shell design with two external antennas, comes with Wi-Fi 802.11ac standard and has wireless data transfer rate of up to 750Mbps with 300Mbps over 2.4GHz and 433Mbps over 5GHz. It has USB slot that lets you connect and access hard-disk or printer wirelessly. Additionally, the TP-LINK Tether app lets you access and manage your router with your iOS or Android devices. 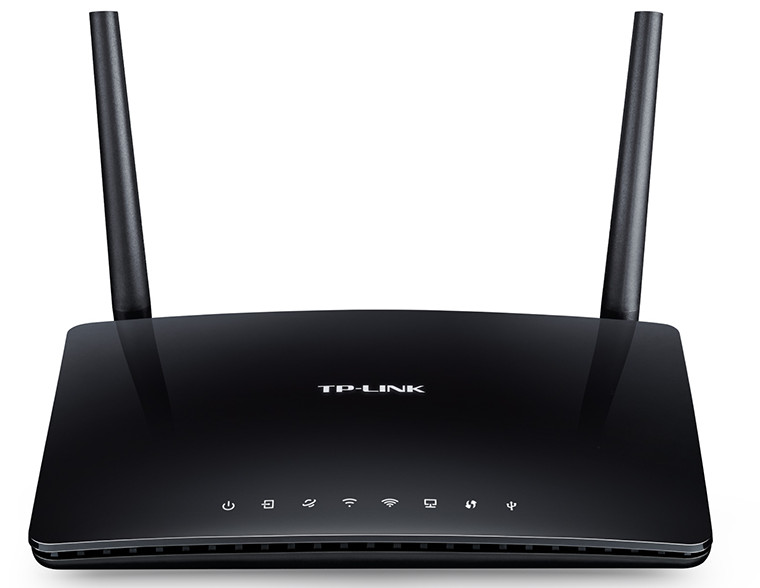 It has a Robotic 6th sense technology that reduces the interaction between it and humans as well as extra dirt sensors that help it to prioritize cleaning based on the level of dirt in a particular area. The cleaning brush has a width of 256mm and the dustbin has a capacity of 1 litre. It has special health cleaning features such as UV bulb and HEPA filters.

HyperX, a division of Kingston Technology recently introduced HyperX Savage USB Flash drive, which joins the HyperX Savage family of products that includes, DRAM and SSDs, replacing the DataTraveler HyperX 3.0. It has USB 3.1 Gen. 1 (USB 3.0) support that promises read speed of up to 350MB/s and write speed of up to 250MB/s. 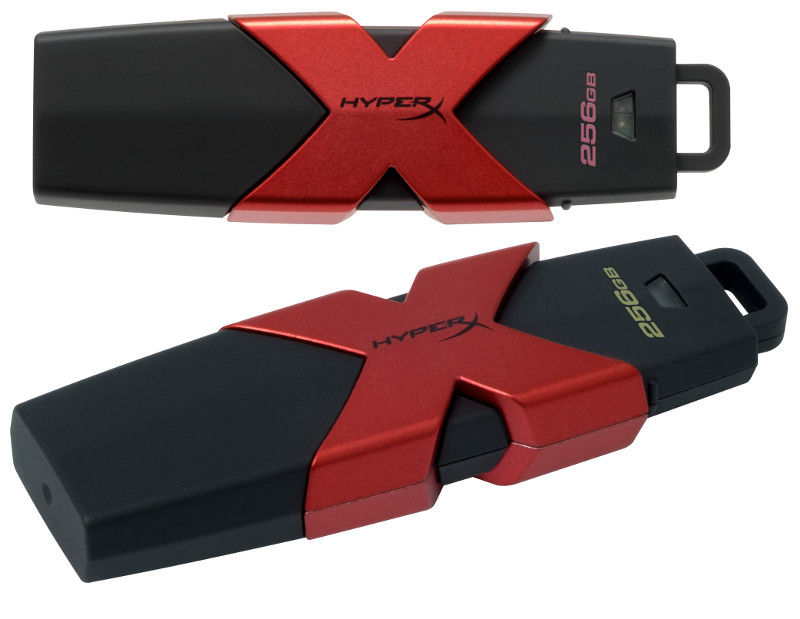 The HyperX Savage USB Flash Drive is backed by a five-year warranty, free technical support and will be available across India by Mid-December, 2015. Pricing will be announced closer to the launch.

The FZ1000 is a ‘prosumer’ level camera that has a 1 inch 20.1 Megapixel sensor. There is a 5 axis HYBRID Image Stabilizer as well as 16x optical zoom. The FZ300 on the other hand does pack in quite a nice set of features but is a rugged camera that is both splash-proof and dust-proof. It has a 12.1 Megapixel sensor with 24x optical zoom. The lens has a maximum aperture of f2.8 and extends all the way upto 600mm (in 35mm equivalent).

Zebronics has launched new Happy Head Bluetooth wireless headphones. It has lightweight, durable and a stylish design, comes with soft sponge cushioned ear pads and adjustable soft padded headbands for a comfortable fit even for long hours of audio listening. It promises up to 6 hrs of playback time and also comes with 3.5mm input with a stereo cable, which can be used when the battery runs out. 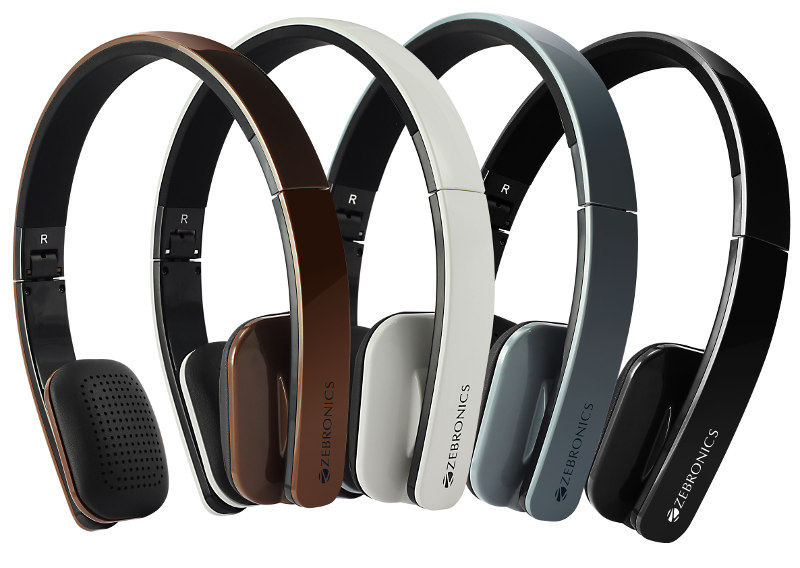 The Zebronics Happy Head comes in white, black, brown and grey colors, is priced at  Rs. 1499 and is available at leading retail stores across India.