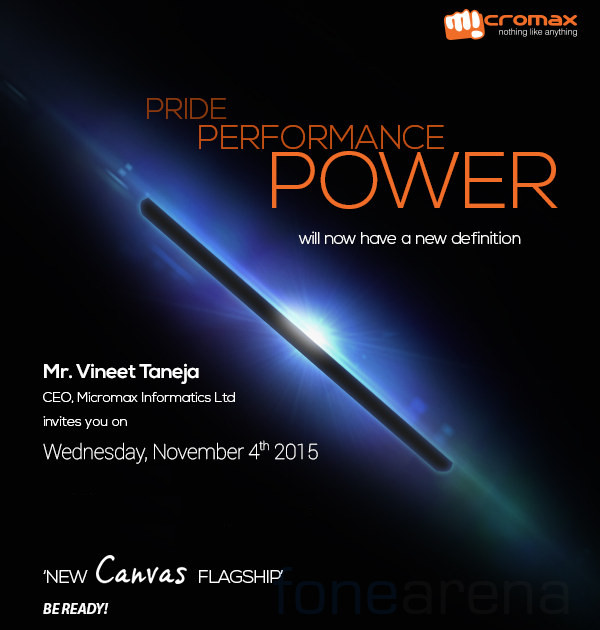 Micromax has sent out invites for the launch of its new flagship Canvas smartphone on November 4th. The teaser image shows the side profile of the upcoming Canvas smartphone. It reads Prime, Performance and Power will now have a new definition.

A recent report from the Times of India said that Micromax is planning to launch an affordable 4G smartphone priced under Rs. 13,000 before Diwali. Since the invite says that it will be a flagship, it might not be the same phone.

Looks like we will have to wait for couple of days for the launch to find out what Micromax has to offer.