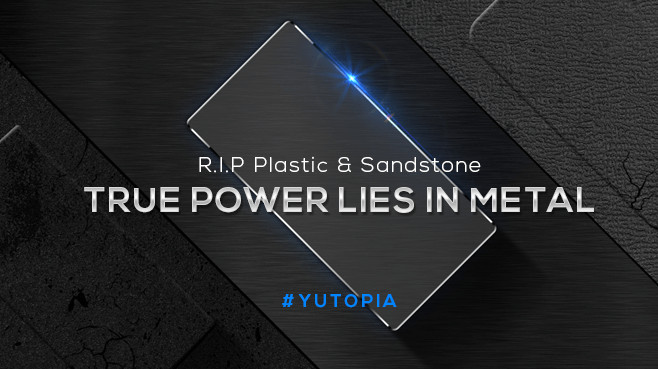 YU is expected to launch its flagship YU YUTOPIA smartphone later this month. Rahul Sharma, Co-founder and CEO of YU recently confirmed the YU YUTOPIA smartphone and the Cyanogen Inc. recently confirmed that the smartphone will come with Cyagnogen OS 12.1 based on Android 5.1.1 (Lollipop). Now YU has confirmed that the smartphone will come with a metal body, as rumored earlier. It also shows with chamfered edge. The caption says R.I.P Plastic & Sandstone. True Power Lies in Metal. The tweet reads “The Real Beast is metal. “Flagship” rivals may now become immaterial.” taking a dig at the Xiaomi Mi 4, OnePlus 2 and others. 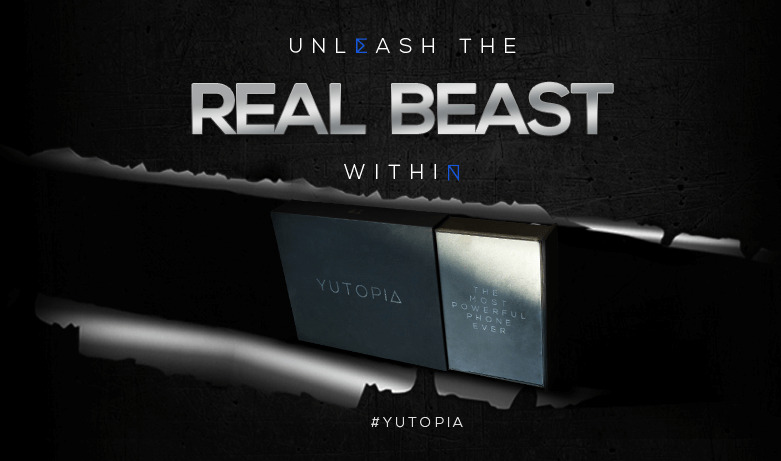 Another image shows the box of the smartphone with the wordings The Most Powerful Phone Ever that was leaked earlier. Specifications of the smartphone were already leaked through Geekbench and AnTuTu, check out the rumored specs of the high-end smartphone.

We should know the complete specifications and the pricing of the smartphone at the launch in the next few weeks. We will let you know once YU sends out invites for the launch event.