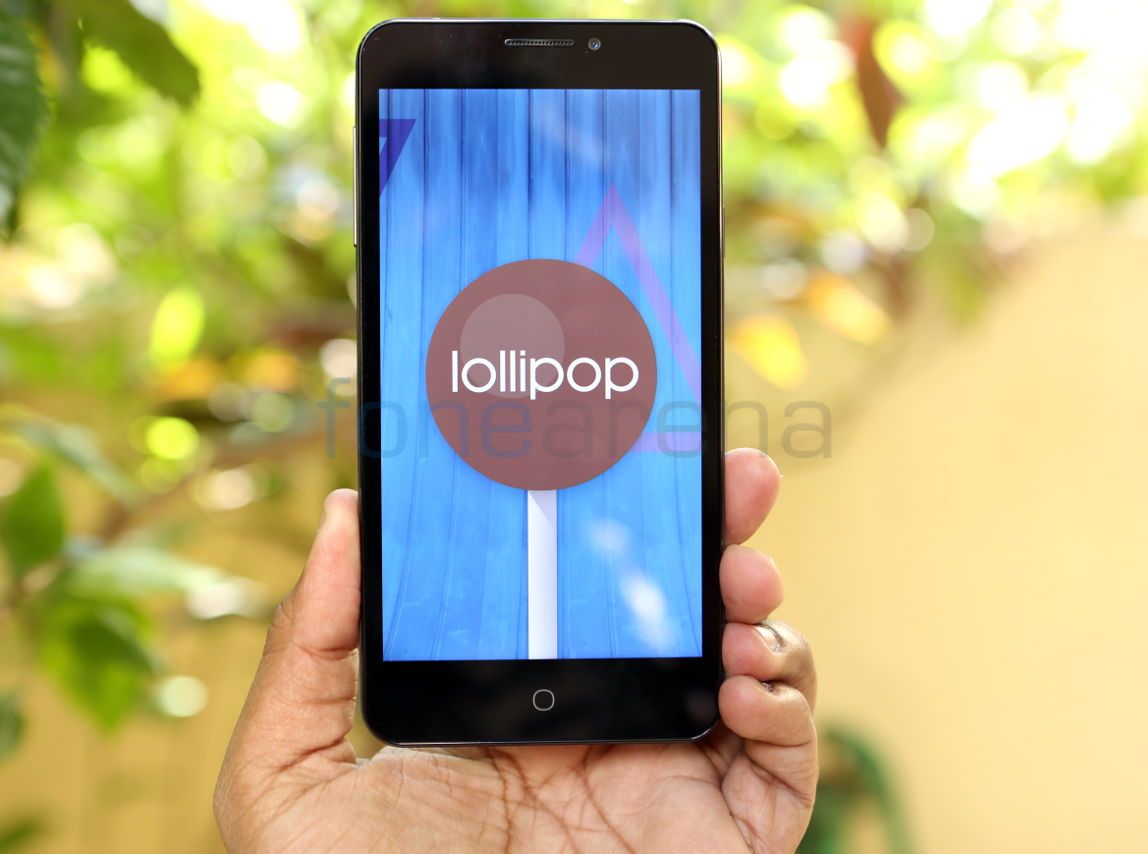 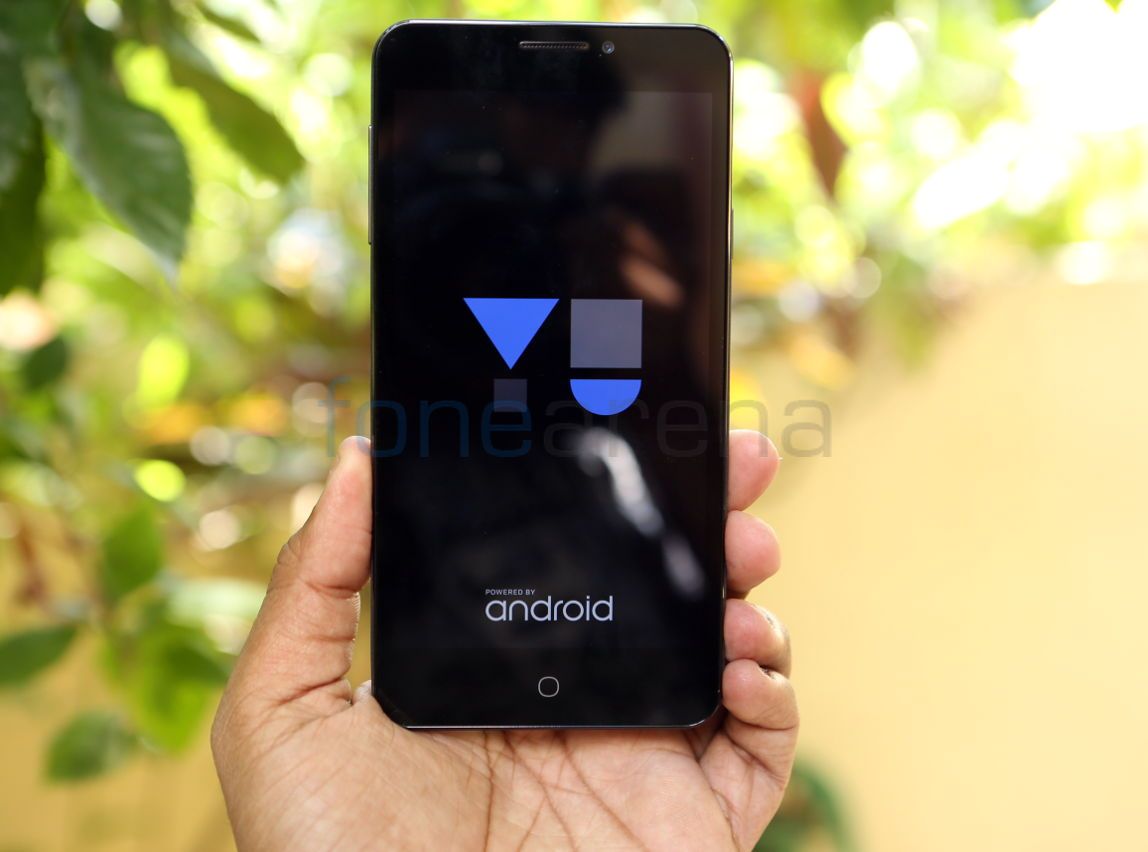 YU launched the YU YUREKA, its first smartphone back in December for Rs. 8,999, which went on sale in January. It quietly launched the YUREKA PLUS with a 1080p display and a better camera at a price tag of Rs. 9,999 in July, which even got a price cut to Rs. 8999 earlier this month to compete with other smartphones in the similar range. Is the YUREKA PLUS worth the price? Let us find out in the complete review. 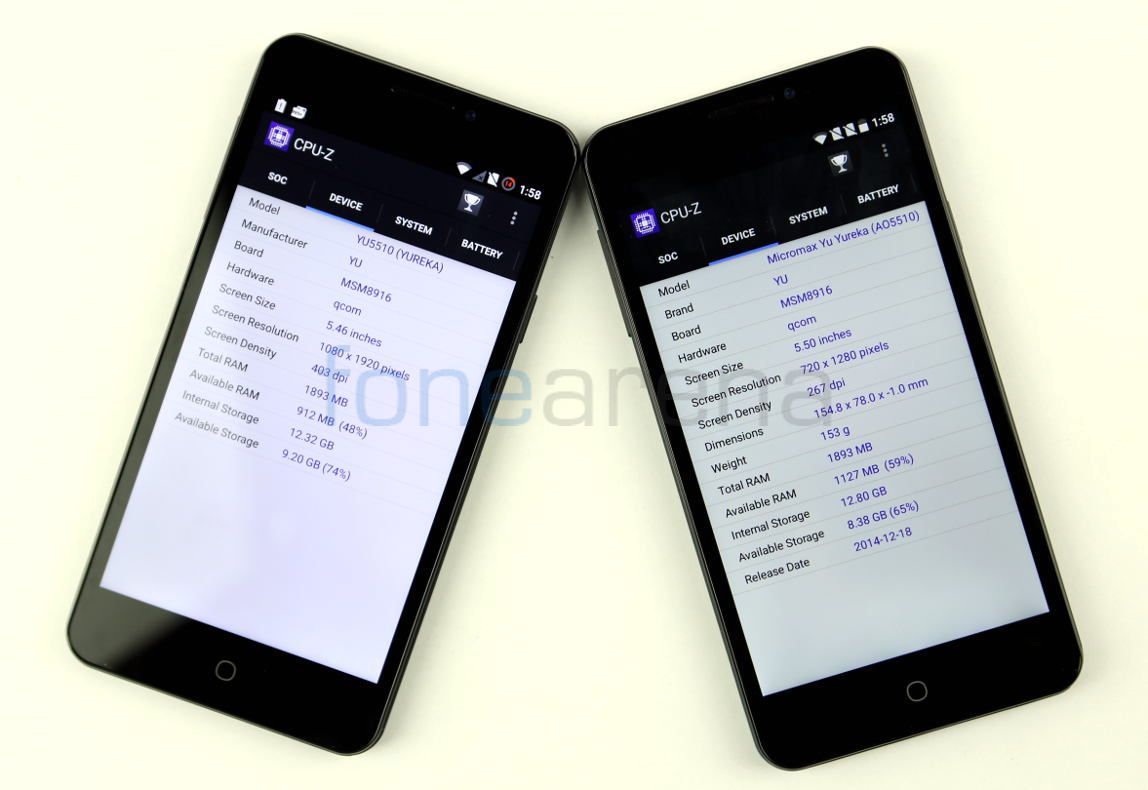 There is no change in the design of the YUREKA PLUS compared to YUREKA. The 5.5-inch 1080p display at a resolution of 1920 x 1080 pixels and a pixel density of about 400 PPI is better compared to the YUREKA’s 720p display. The display is brighter with vibrant color output compared to YUREKA. Sunlight legibility and the viewing angles are good too, but the display is glossy and is prone to fingerprints. It also has Corning Gorilla Glass 3 protection on top. 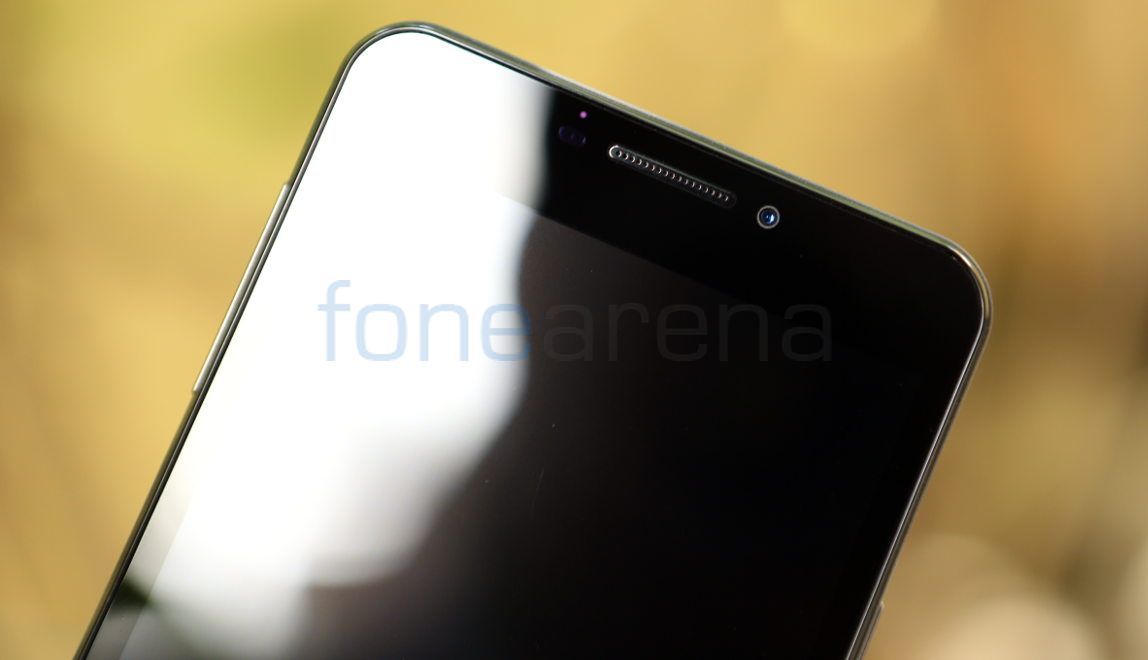 It has the same 5-megapixel camera with OmniVision 5648 sensor, 4P lenses and 71-degree wide-angle lens, similar to the YUREKA. It can record videos at 720p HD resolution and is good for video calls and selfies. It has proximity and ambient light sensors along with a small LED notification light and earpiece, above the display. 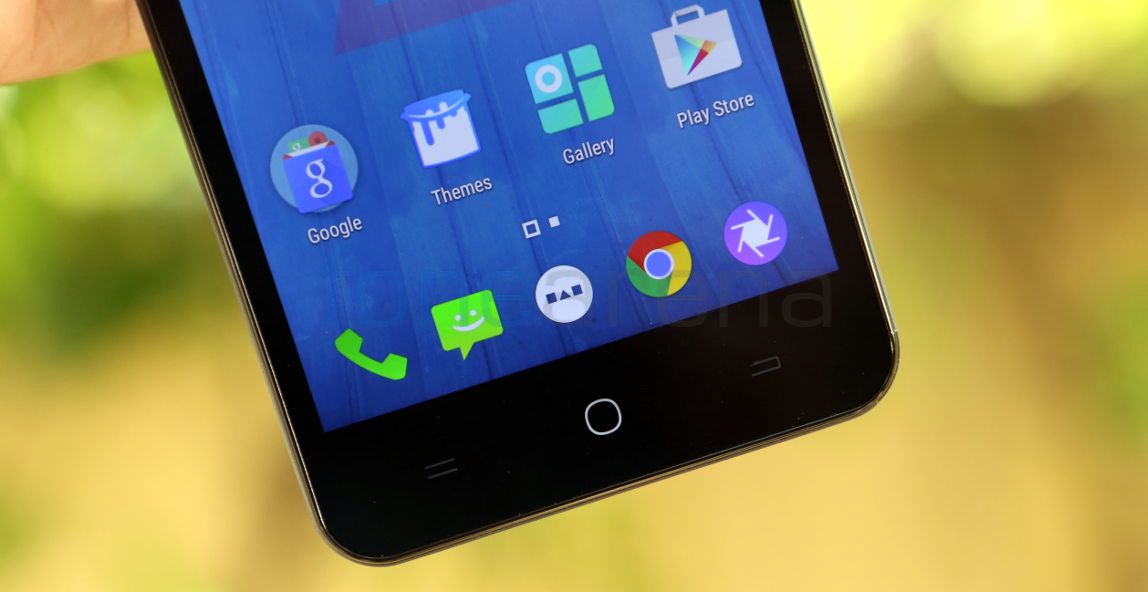 It has the usual set of capacitive touch buttons with colored home button, below the display. These are backlit and also offer haptic feedback when pressed. Since the design of the YUREKA PLUS and the YUREKA are similar, placement of hardware keys such as power button and volume rockers, and slots like micro USB and 3.5mm audio jack are the same. 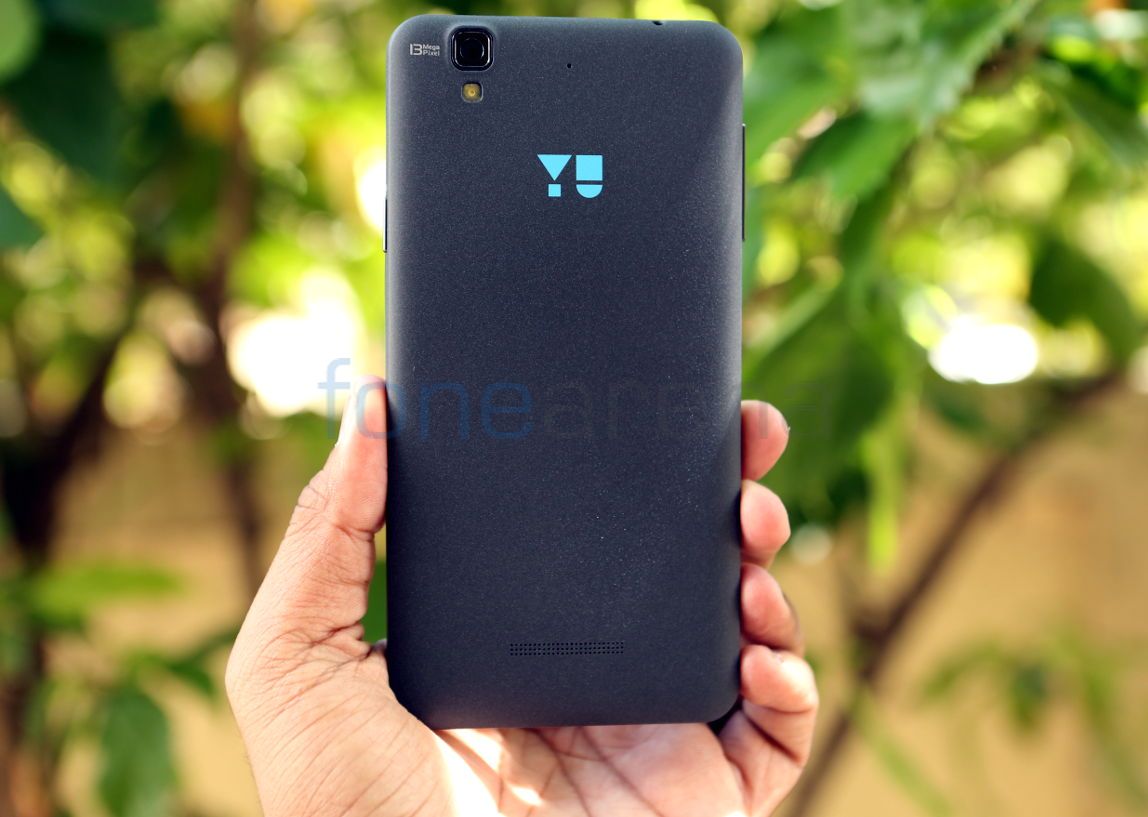 The removable back cover has matte finish, which offers a good grip. There is a 13-megapixel rear camera with LED Flash and a secondary microphone on the back. The loudspeaker grill is present on the bottom part of the back. It weighs 155 grams and feels solid to hold in hand. The build quality is good for the price. 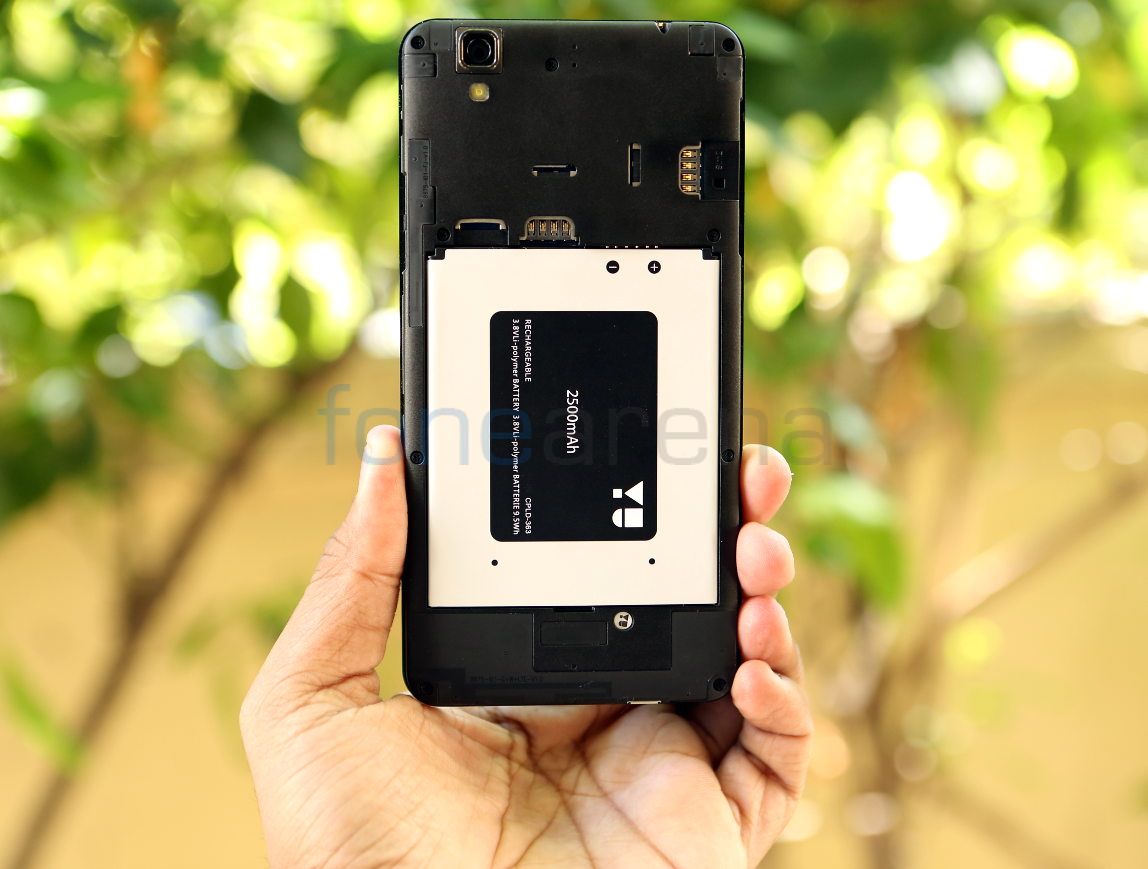 The 2500mAh removable battery from the YUREKA remains the same in the YUREKA PLUS. 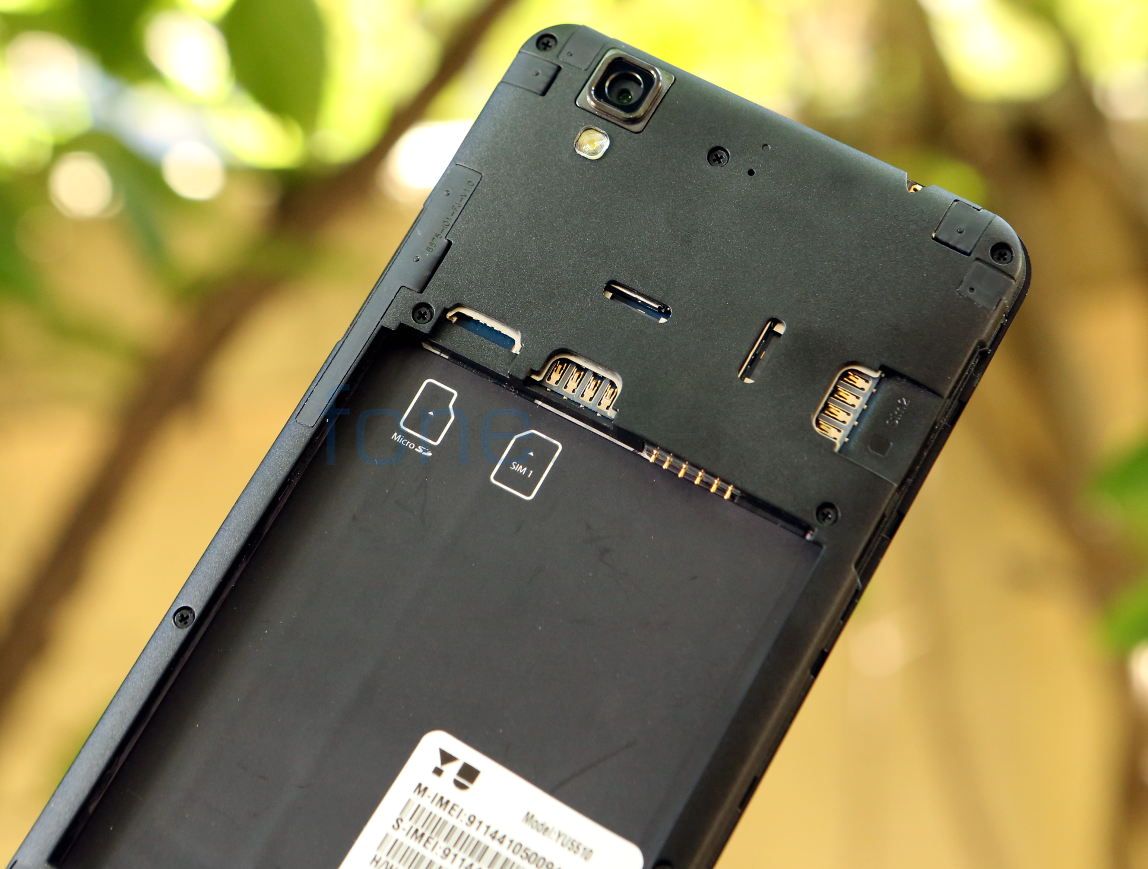 It has two micro SIM slots and a microSD card slot under the back cover. Second SIM card can be inserted easily, but you need to remove the battery to insert or remove the first SIM card and the microSD card. 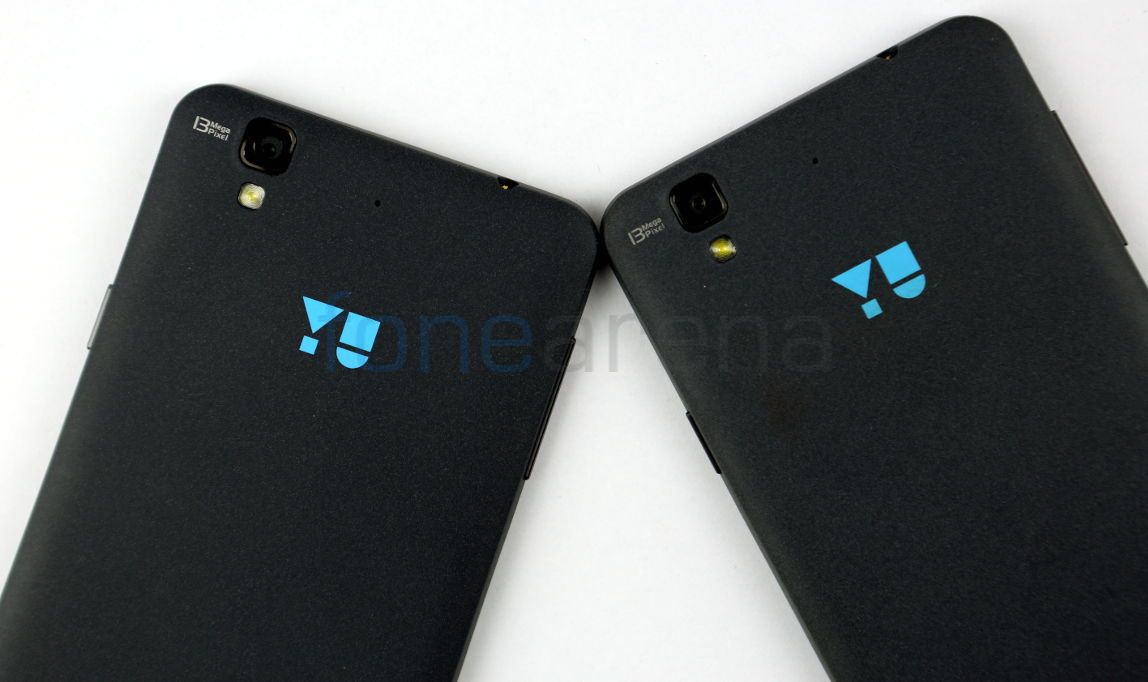 Coming to the camera, the YUREKA Plus has a 13-megapixel camera, which uses Sony IMX214 sensor, compared to Sony IMX135 sensor in the YUREKA. Since it runs on Cyanogen OS, it comes with Cyanogen camera app with several modes. You can select different modes of your choice from the settings and just swipe the screen to switch to different modes.

The YUREKA Plus has a considerably better camera, compared to YUREKA. Daylight shots are good with vibrant colors in sunny days, but the images are a bit dull if it’s cloudy. Macro shots are good, thanks to the f/1.8 aperture. HDR shots are decent. Low-light shots obviously had a lot of noise, but you don’t lose much details. Flash helps in poor lighting conditions and is not overpowering. 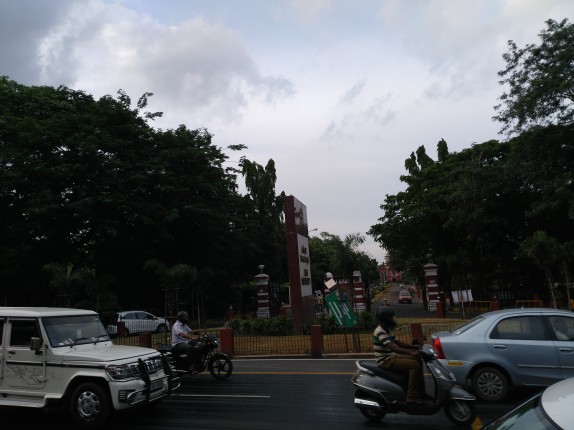 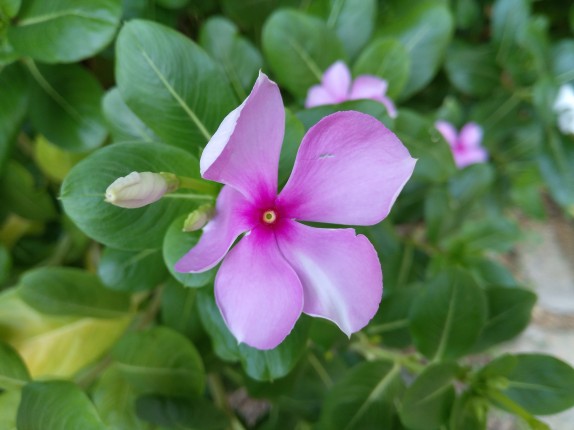 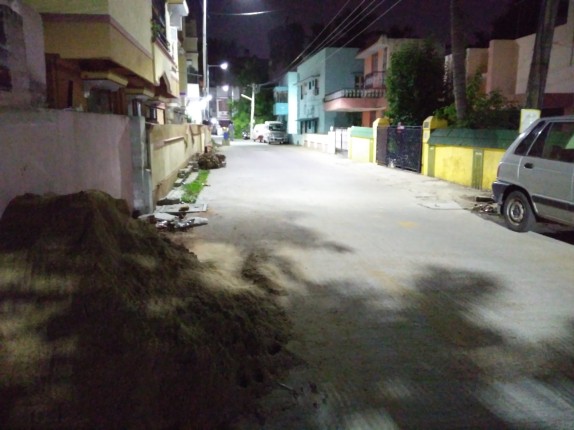 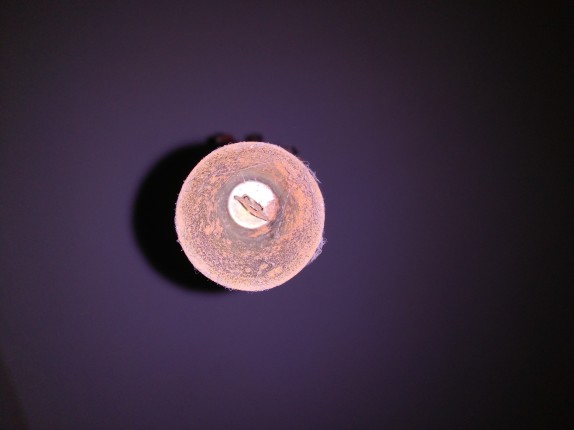 Check out the complete set of Yu YUREKA Plus samples here. It can record videos at 1080p resolution at 30 fps. Video quality is good. Since it has a secondary microphone, audio is crisp. Check out the 1080p video sample.

There is also an HFR option to record slow motion videos, which actually records videos at 60fps and reduces the frame rate to 1/3rd from the original video to 20 fps. Check out the slow motion sample below. 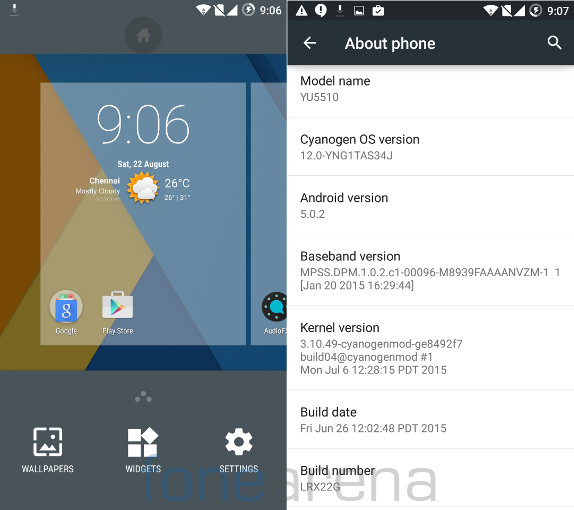 Cyanogen OS offers almost stock Android experience with several extra features and it is highly customizable. The Cyanogen OS 12.0 also brings highly customized extra theming options that can be applied per application level, new paid themes, and support for more Indian languages such as Bengali, Malayalam, Marathi, Tamil and Telugu. It also has Privacy Guard that lets you manage which apps can have access to your personal data. 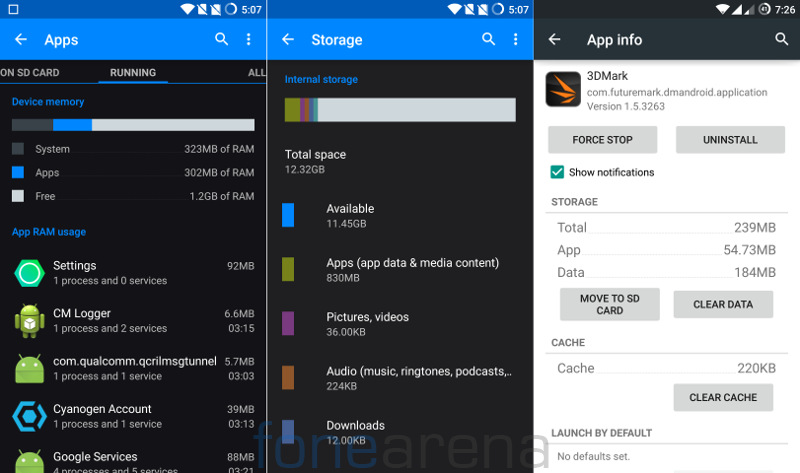 Out of 2GB of RAM, you get 1893MB of usable RAM. About 1.2GB of RAM is free when the default apps are running in the background. Out of 16GB of internal storage you get 11.45GB of usable storage. You can’t set the memory card as default write disk, but you can move compatible apps to the SD card when you insert one. 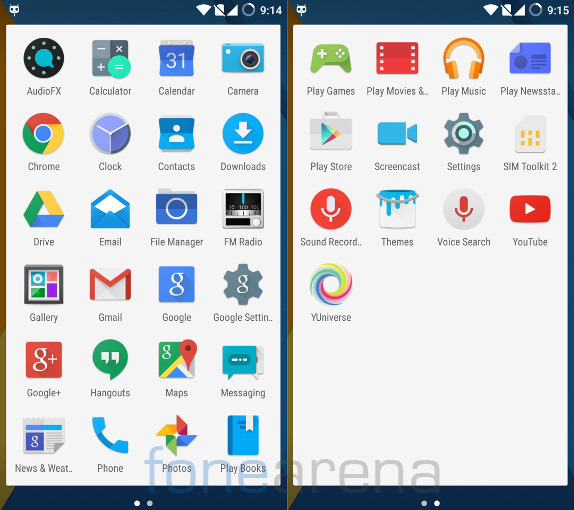 Apart from the usual set of Google Apps and utility apps, it comes with Themes app that lets you purchase new themes and YUniverse browser that is powered by Opera. Google Play Music is the default music player. Audio through the loudspeaker is decent and it is good through the bundled headset. The custom AudioFX app lets you set different equalizer presets, adjust bass, surround sound and reverb. It can play full HD 1080p videos smoothly. 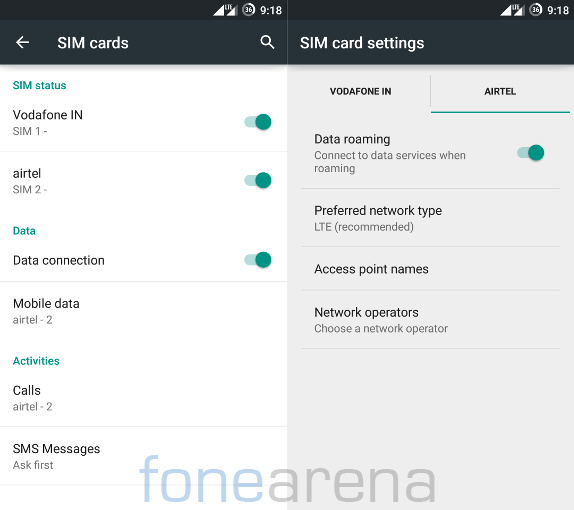 Both the SIMs support 4G LTE, but you can use 4G on only one SIM while the other is in 2G mode. The SIM manager option lets you set a default SIM for data, calls and SMS. Other connectivity features include, Wi-Fi 802.11 b/g/n, Bluetooth 4.0 with A2DP and GPS. It also has USB on-the-go (OTG) support.

It is powered by an Octa-Core Qualcomm Snapdragon 615 64-bit processor that has four ARM Cortex A53 cores clocked at 1.5 GHz per core and other four Cortex A53 cores are clocked at 1.11 GHz per core, similar to the YUREKA. The performance is smooth without lags and the Cyanogen OS is highly optimized to offer smooth performance. Thanks to 2GB RAM, multitasking is good. Check out some benchmark scores below. 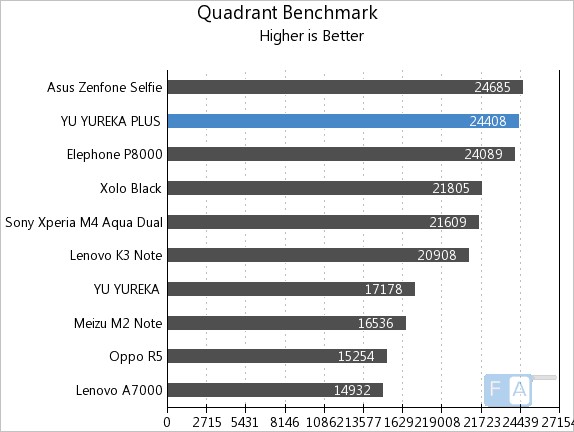 It scored 24408 points in the Quadrant Benchmark, better than the YUREKA. 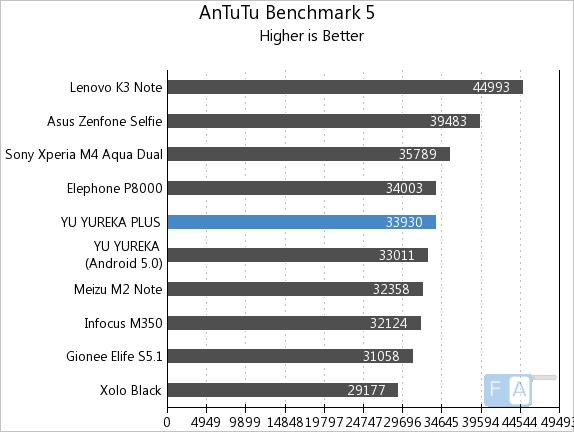 It scored 33930 points in the AnTuTu Benchmark 5, similar to the YUREKA. 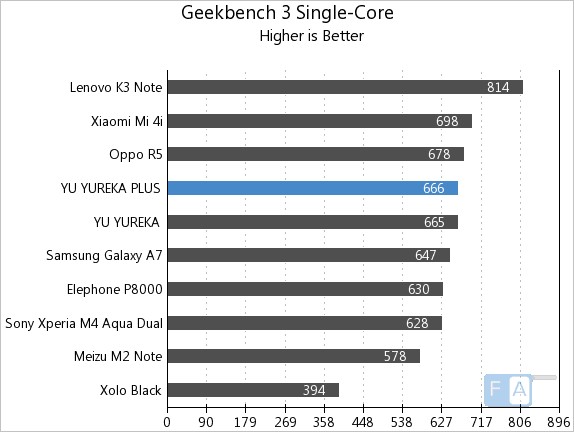 It scored 666 points in the Geekbench 3 Single-Core benchmark, again similar to the YUREKA. 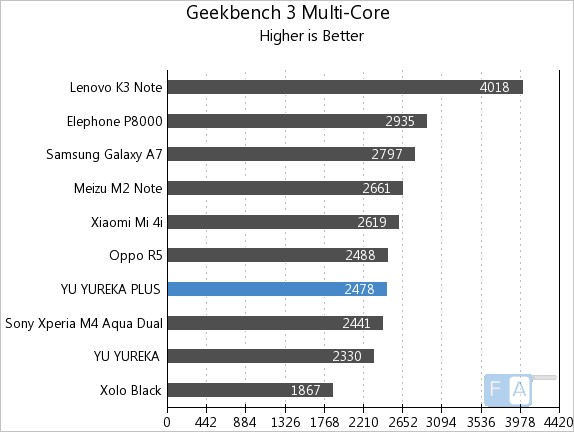 It managed to score 2478 points in Geekbench 3 Multi-Core benchmark. 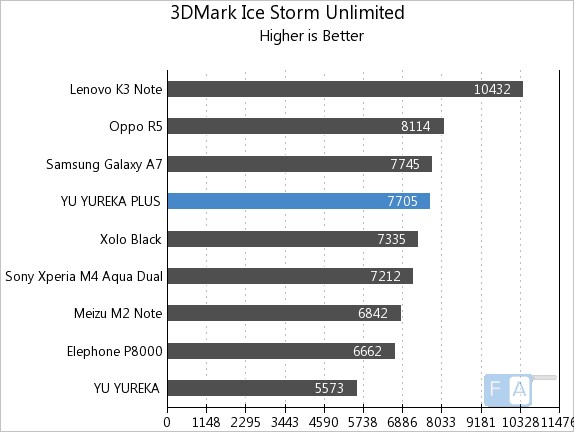 It scored 7705 points in the 3DMark Ice Storm Unlimited GPU benchmark. Since it has Snapdragon 615 SoC, it still has heating issues that the YUREKA faced. It gets heated quickly while using 4G and intensive tasks such as gaming. It has Adreno 405 GPU clocked at 550 MHz. We tried several games, which were good, but graphics could have been better. 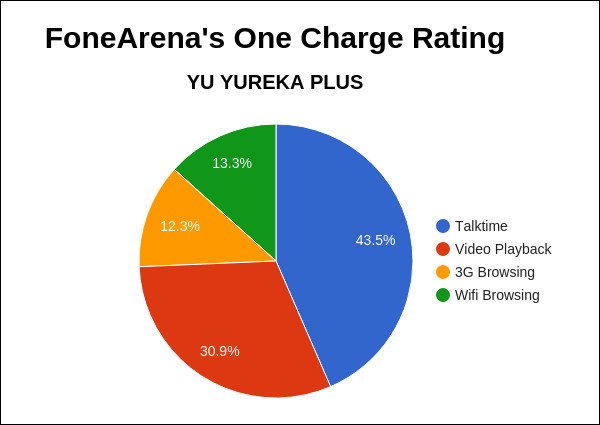 The 2500mAh battery, same as the YUREKA, lasts for less than a day even with average use with both the SIM cards enabled. With heavy use such as 4G or 3G use most of the day and gaming, battery drains quickly. In our battery test, the YU YUREKA PLUS achieved a One Charge Rating of 8 hours and 10 minutes, mainly due to good rating in talk time and video playback. This is almost same as the YUREKA that achieved a rating of 8 hours and 8 minutes in the battery test. Check out the complete set of Yu Yureka Plus’ battery test results here.

Priced at Rs. 8,999, the YU YUREKA PLUS is a good 4G smartphone for the price, even though it is not a major upgrade over YUREKA. It directly competes with the Lenovo K3 Note, which costs Rs. 9,999 that has an edge when it comes to performance and battery life. YU has improved the camera and offers a 1080p display, but the battery life is average and heating issues still exist. Those things aside, the YUREKA PLUS runs on Cyanogen OS with a lot of customization options and security features, compared to other smartphones in the price range. The smartphone is only available through flash sales on Amazon, which is common these days. To summarize, here are the pros and cons of the smartphone.