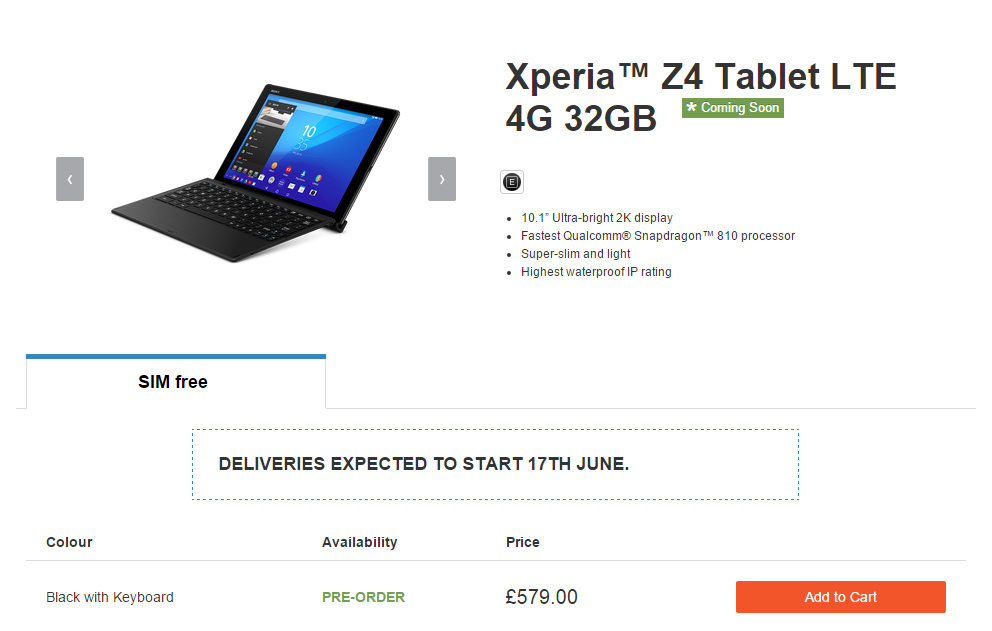 Sony was planning to launch the XPERIA Z4 Tablet today in the UK. But now it has pushed the launch date back to June 17th.

The Z4 Tablet is expected to cost GBP 579 (Aprroximately US$ 884) upon launch for the 32GB variant which is LTE enabled. The reason behind the delay hasn’t been mentioned but it is probably due to issues with logistics.

There was a product page for the Wi-Fi version as well but now it seems to have been taken down. We aren’t sure if this is because they’ve cancelled the plans to bring it to the UK or whether they will launch it at a later date.

The 10.1″ waterproof tablet has an IPS display with a resolution of 2560×1600 pixels. It is powered by a Snapdragon 810 processor and has 3GB of RAM. There’s 32GB of on-board storage that can be expanded by another 128GB using microSD cards.