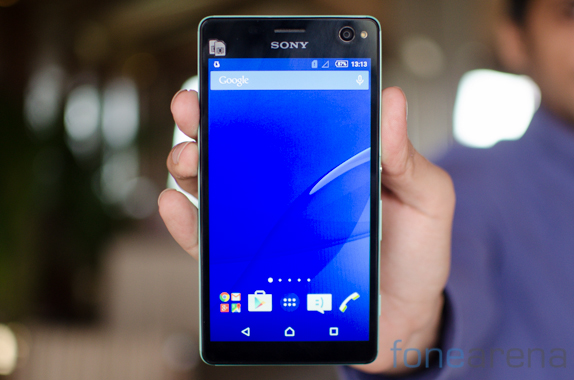 Sony on Tuesday announced the Xperia C4 Dual in India alongside the launch of water and dust proof mid-range Xperia M4 Aqua Dual smartphone. The Xperia C4 is the successor of last year’s Xperia C3 and was quietly unveiled earlier this month.

Pricing of the Xperia C4 in India will be revealed later, when the smartphone becomes available in mid-June, said company during the launch event at New Delhi. We spent some time with the device and here’s some information that you may need to know before making a choice. These are not our final impressions/ verdict for the Xperia C4, and we can’t even suggest you to consider it unless we know the price, because that factor will make or break it for Sony.

Upfront, the Xperia C4 Dual features a 5.5-inch full-HD (1080×1920 pixels) IPS display backed by the company’s own Bravia Engine 2 technology, which to our liking is pretty impressive but a little reflective as well. 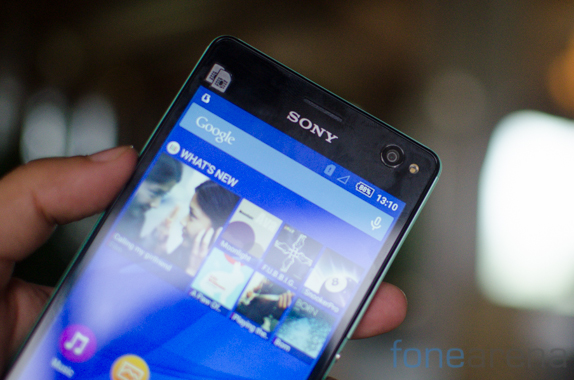 The Xperia C4 Dual is powered by a 64-bit 1.7GHz octa-core (Cortex-A53) MediaTek MT6752 processor coupled with Mali-T760 GPU and 2GB of RAM. As the name suggests, the smartphone supports dual-SIM (micro-SIM) and dual 4G LTE. Sony also has a single-SIM variant of the smartphone but that’s not being launched in India.

On camera front, the smartphone boasts of a 13-megapixel autofocus rear camera with LED flash and a 5-megapixel front-facing camera that also includes an LED flash and Sony’s Exmor R sensor. 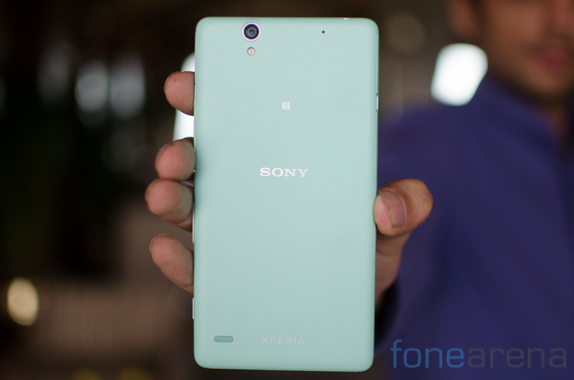 Sony is touting the Xperia C4 Dual as a selfie-focused smartphone, which can take superior images with both cameras in low-light or dark conditions without using the LED flash as well. Company has even put in a lot of filters for shooting. But keeping that aside we will try of find out what more the cameras on Xperia C4 can offer in terms of better imaging experience in our full detailed review.

The smartphone includes 16GB of inbuilt storage, which is further expandable via microSD card (up to 128GB). It measures 150.3×77.4×7.9mm and weighs 147 grams. The smartphone fits and grips well in hands. Over all, we found the device to be really premium, and it did impress us with its build quality. 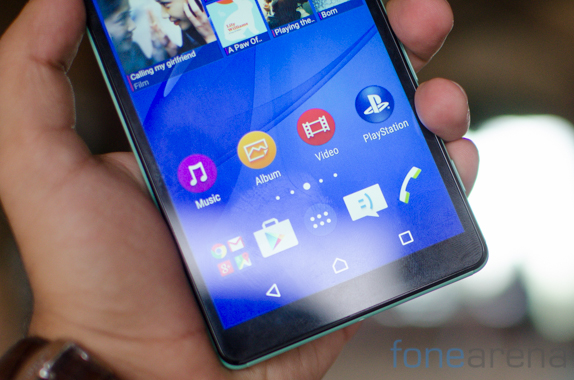 The three capacitive touch buttons (back, home, app switcher) at the bottom sits within the screen. Right side of the smartphone houses most of the things such as camera shutter button, volume rocker, power/ lock key (in center like Xperia Z3), and flap that has two micro-SIM slots and microSD card slot underneath. 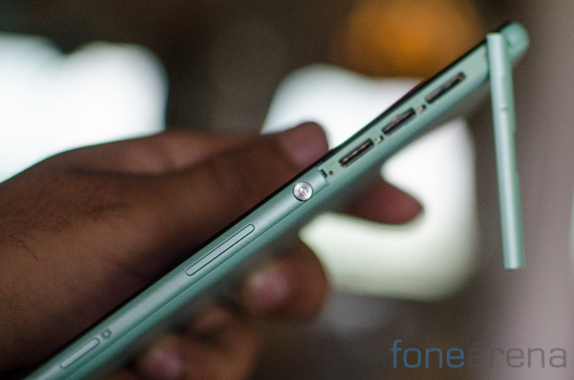 The Micro-USB charging point is located on the left edge, 3.5mm headphones jack is at the top, and small speaker out grill is on the left-bottom of the back. 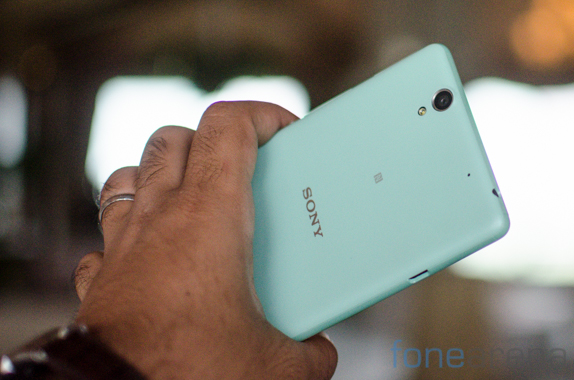 The smartphone is backed by a non-removable 2600mAh battery, which is rated to deliver up to 12 hours 47 minutes of talk time and up to 682 hours of standby time. The smartphone will be available in three colour options in India – Black, White and Mint. We have lot to tell you about the Xperia C4 Dual, so stay tuned for our final review coming soon.