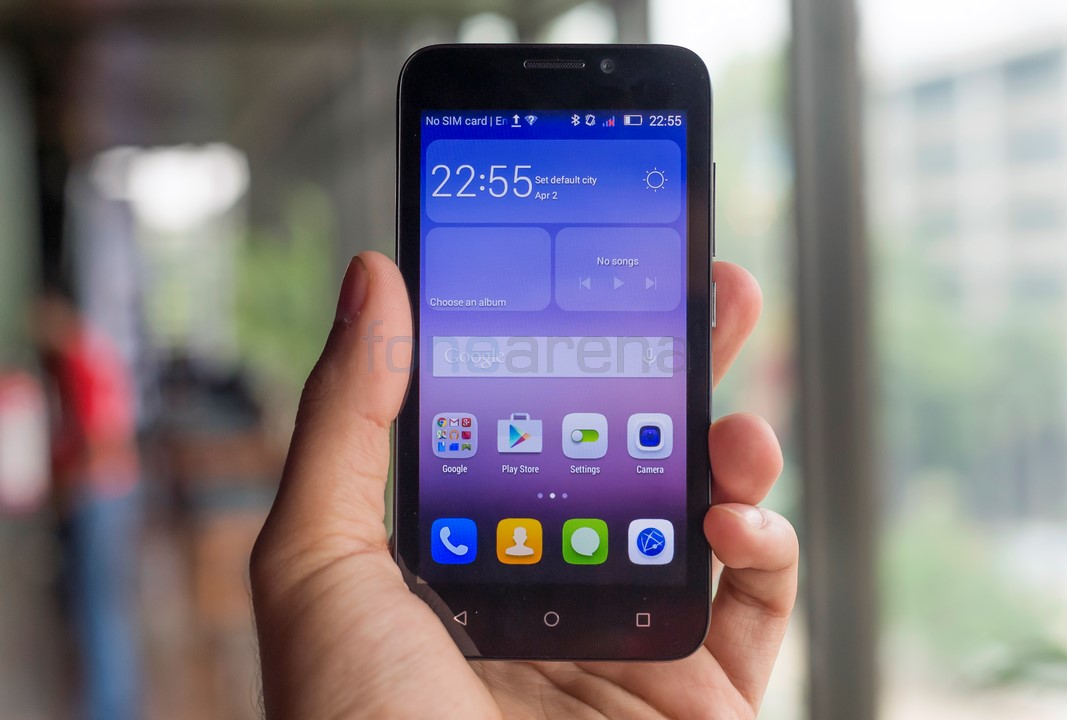 Huawei on Friday launched its cheapest Honor smartphone dubbed Huawei Honor Bee in India at Rs. 4,999. It is the first time that this smartphone has been launched anywhere in the world. 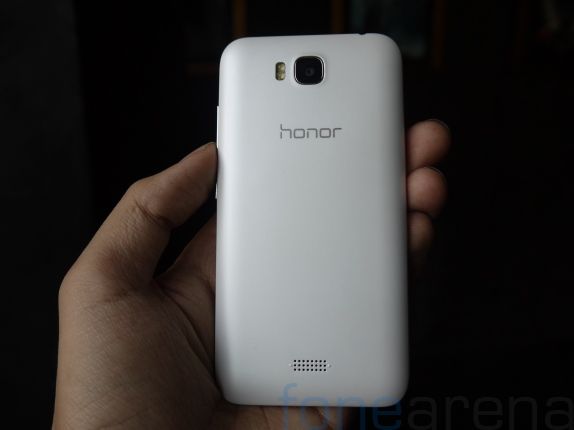 In the little time spent with the Honor Bee, we found the display to be very reflective and the sunlight legibility was poor as well, even at its full brightness. This also resulted in bad viewing angles outside, though indoors it was just about ok. 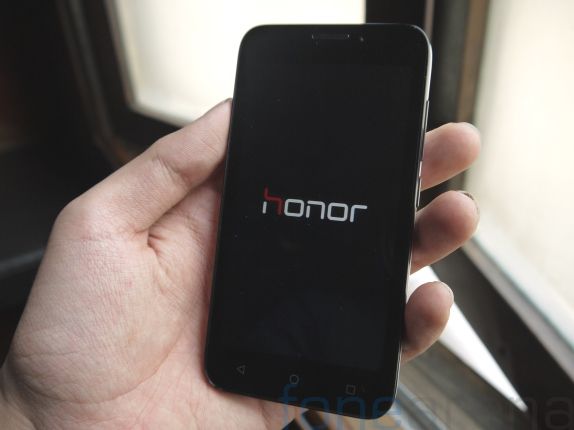 The Honor Bee is powered by a 1.2GHz quad-core Spreadtrum SC7731 processor coupled with 1GB of RAM. It sports an 8-megapixel rear camera with dual-LED flash and a 2-megapixel front-facing camera. We couldn’t thoroughly test the camera in such small time, so we will reserve our views about it until we grill it our final review. So do stay tuned for that. 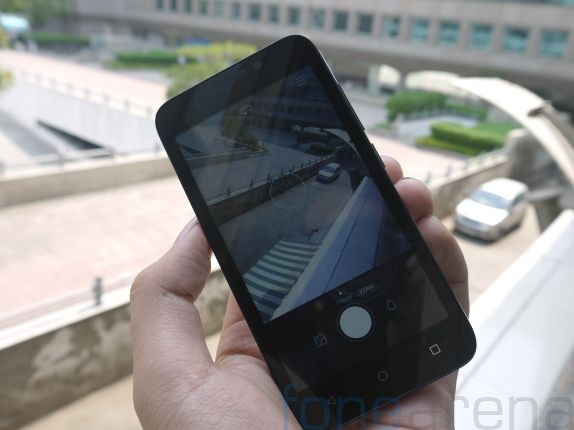 The Huawei Honor Bee runs Android 4.4.2 KitKat with company’s Emotion UI (EMUI) 3.0 skinned on top, and Huawei has promised Android 5.0 Lollipop update for the device as well. Talking about the 3G support, it supports 3G connectivity on both the SIM’s.

The 8GB internal storage is further expandable via microSD card (up to 32GB). The device is backed by a 1730mAh removable battery. 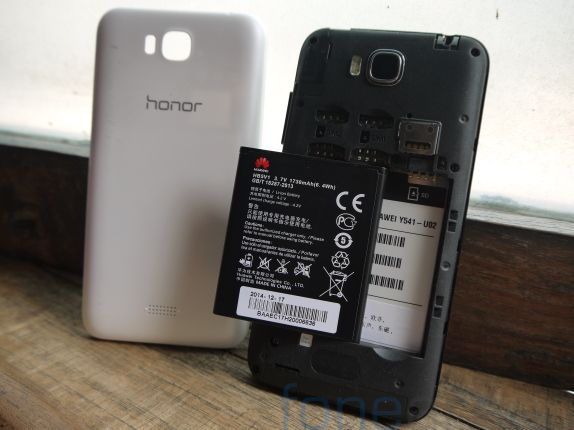 The three capacitive touch buttons sits below the display. The steel finished volume rocker and the power keys are located on the right side of the smartphone. 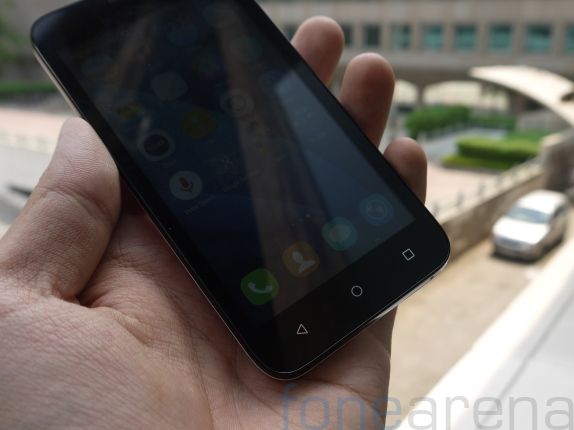 The 3.5mm headphones jack and the Micro-USB charging/ data port are located at the top. 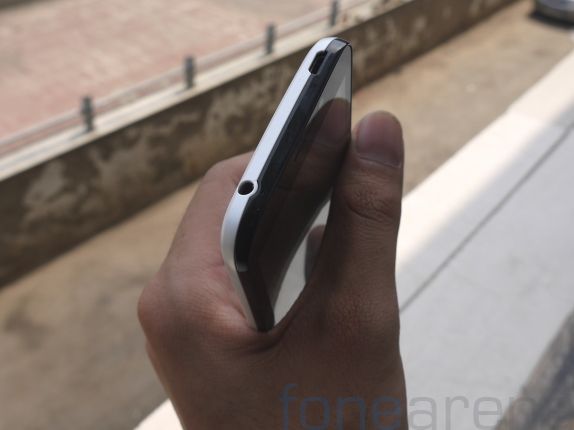 Huawei says that the pre-order for Honor Bee can be done through flipkart.com, and the sales will start from Monday, May 11. Additionally, the smartphone would be available at a discount of 10 percent extra on purchase via debit/ credit card as a limited period inaugural offer on pre-ordering.