Nubia, one of the popular Chinese smartphone makers under ZTE has announced that it is all set to enter the Indian market soon. It has also opened accounts on its social channels and also has a separate website for India, nubia.in. The website just shows a box with the caption Now, There is no limit to what you can achieve. This doesn’t give any hint about the smartphone that will launch in the country first. 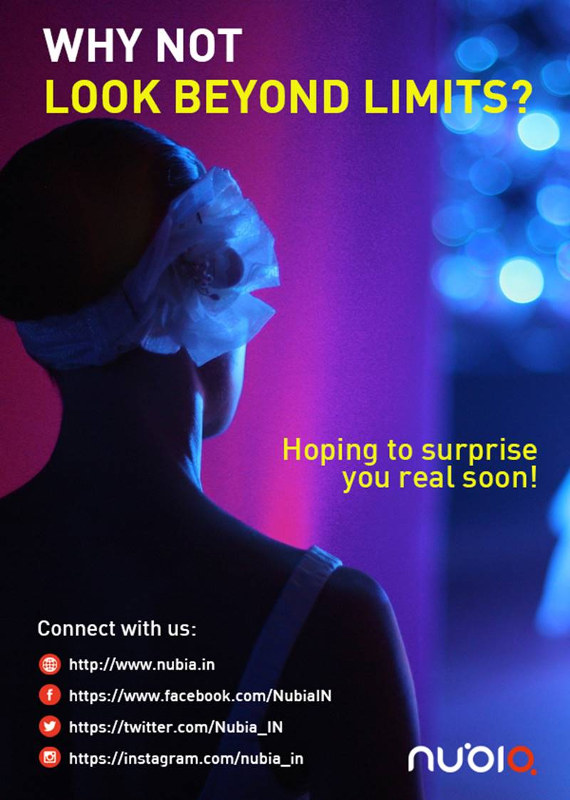 It is also yet to tease a smartphone on its social channels. The caption on the teaser says Why Note Look Beyond Limits? Hoping to surprise you real soon! The company unveiled the nubia Z9, its new flagship smartphone at an event in China yesterday. It has a 5.2-inch bezel-less design with 2.5D glass on the top. Even though it has bezel-less design, it has Frame interactive Technology (FiT) that offers grip and gesture-based control on the aluminum mid-frame.

It is powered by an Octa-Core Snapdragon 810 SoC and runs on Android 5.0 (Lollipop) with nubia UI 3.0. It introduced nubia Z9 Max and Z9 mini in China back in March. All the nubia Z9 series of smartphones have a 16-megapixel rear camera with Sony Exmor RS sensor, 6p lenses, LED flash and a 8-megapixel front-facing camera with 80-degree wide-angle lens.

The company will join recent Chinese entrants Xiaomi and vivo in India. Recently Meizu announced its plans to enter the Indian market with the M1 Note smartphone. LeTV also plans to launch its smartphones in India earlier this year.