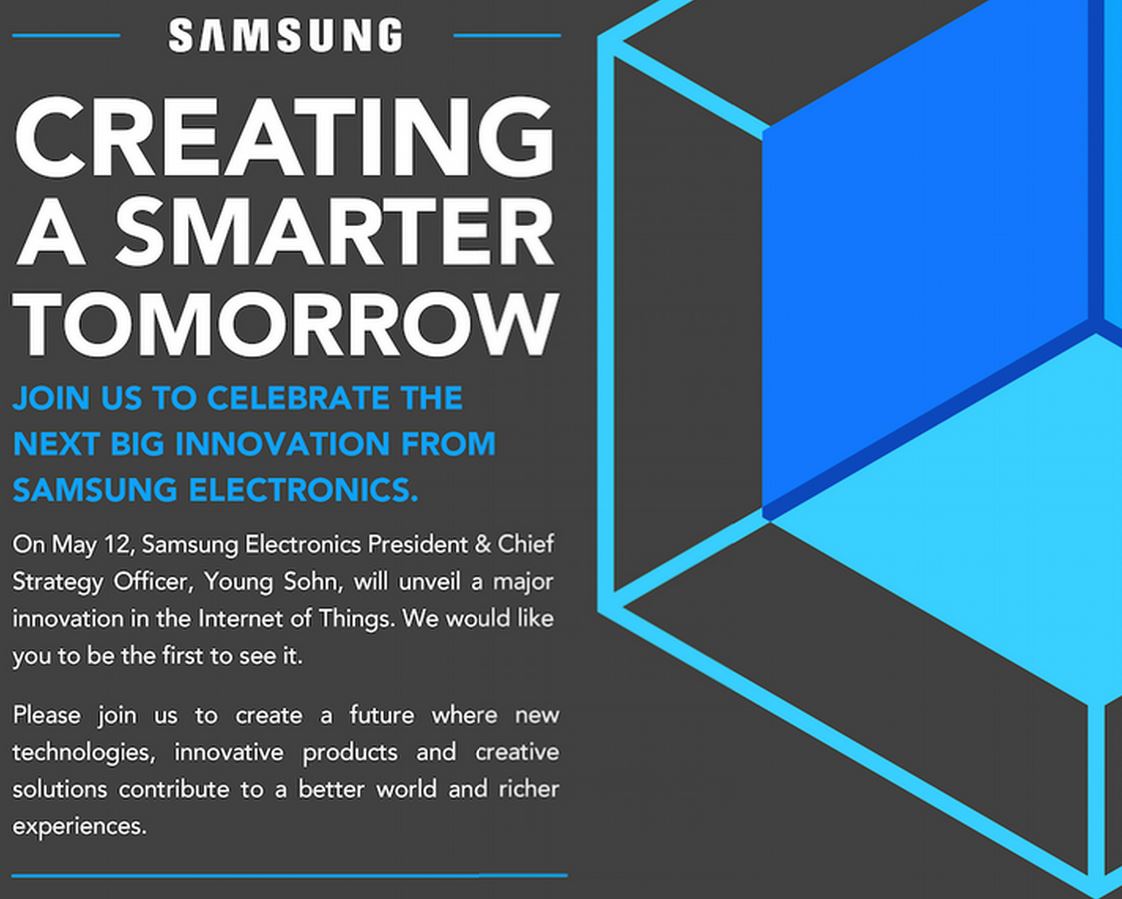 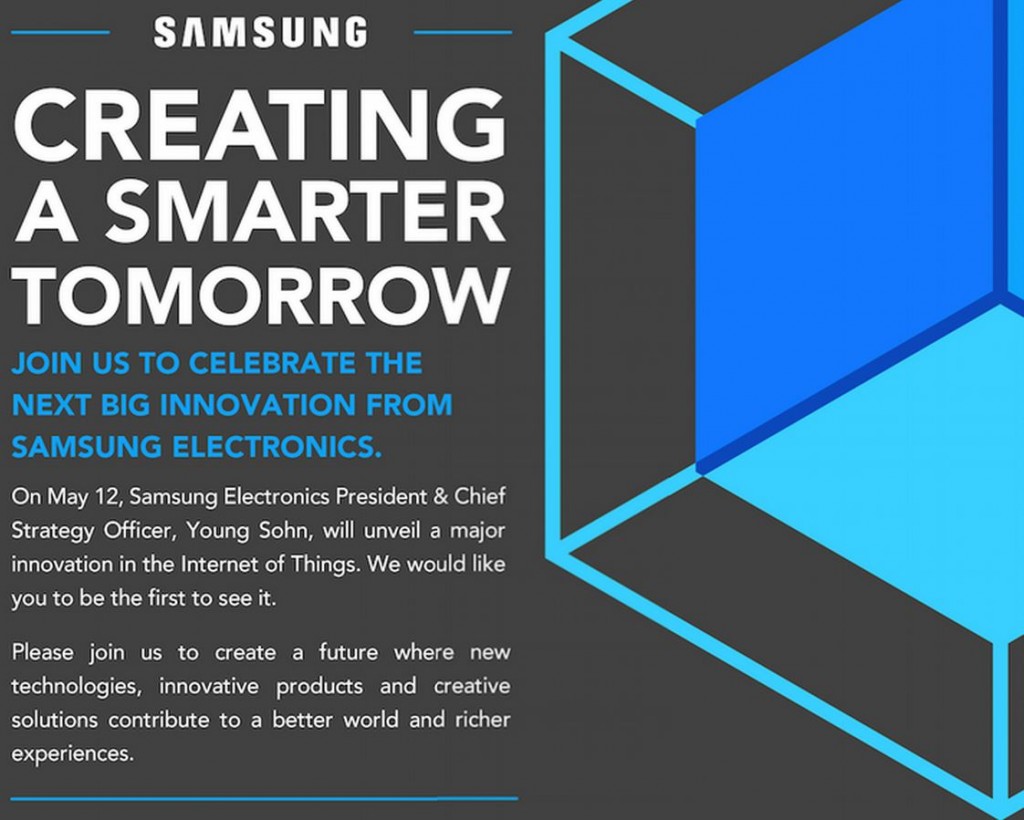 Samsung will be hosting an event on the 12th of May in San Francisco to announce new processors codenamed Artik for the internet of things. Artik is being developed by Samsung’s Menlo Park, their Strategy and Innovation Center that is based in California.

It will be introduced by Young Sohn who is the President and Chief Stratefy Officer at Samsung Electronics. Samsung claim the announcement will be a major milestone that will enable a new wave of groundbreaking Internet of Things devices and services.

Samsung had acquired the startup SmartThings to help speed up the process. Their technology helps consumers to control their appliances using their smartphones, smartwatches etc.

Artik will not just be used for Samsung’s own devices but other manufacturers will be able to use the chips in their own products as well. In January during CES, Samsung stated that 90% of the devices ranging from smartphones to refrigerators would be able to connect and communicate with each other and that within 5 years, all of Samsung’s products will be internet enabled.