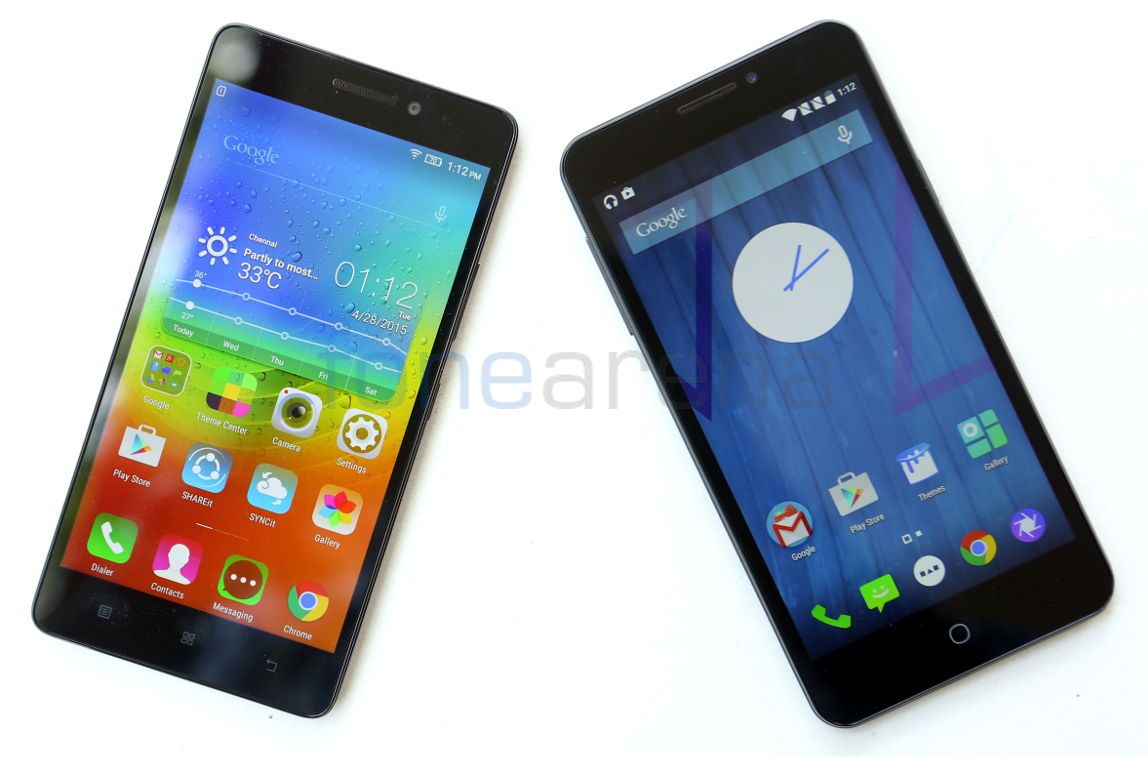 Lenovo launched A7000, the company’s budget 4G smartphone in India earlier this month in India. This competes with YU YUREKA that went on sale earlier this year. Both these smartphones share almost similar specifications and have 4G support. We decided to compare these two smartphones that are priced at Rs. 8,999. 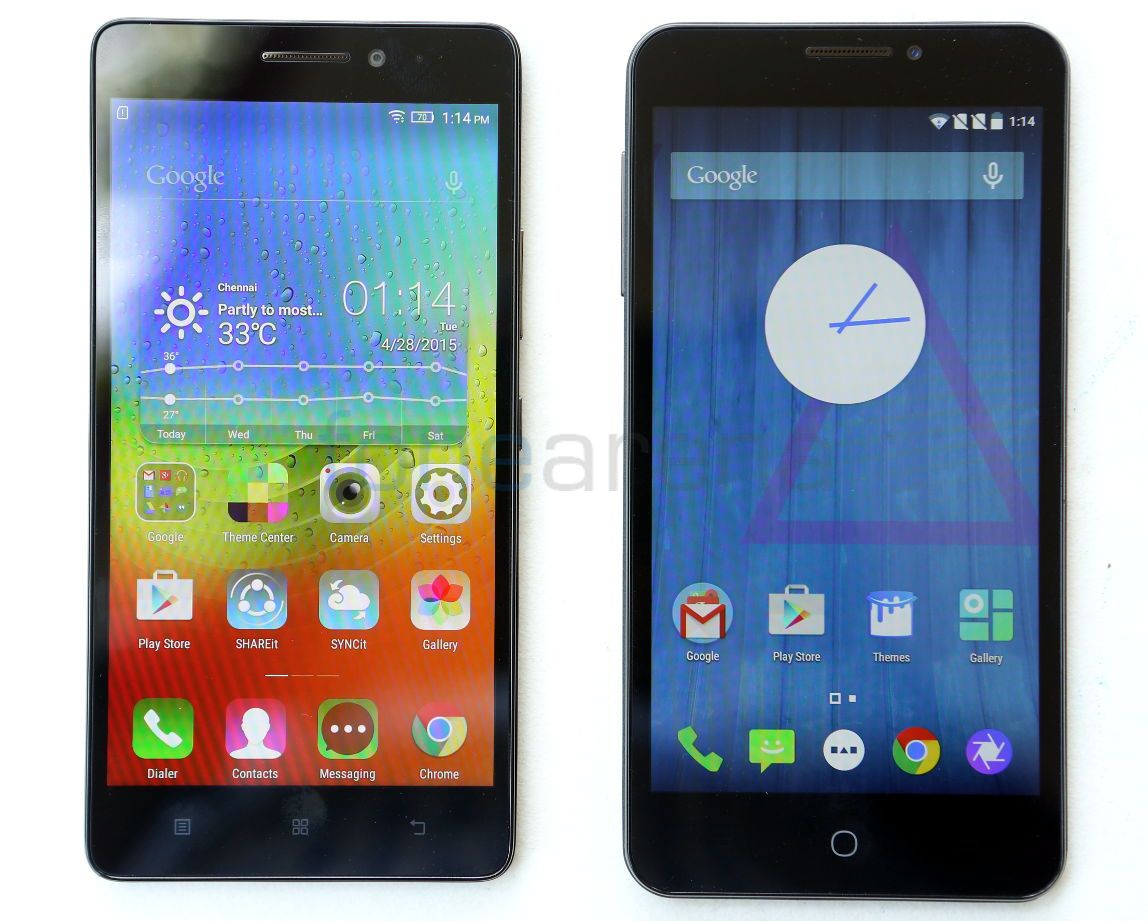 Let’s start with the display. Both these smartphones have 5.5-inch (1280 x 720 pixels) IPS display with a pixel density of about 267ppi. The viewing angles, brightness and contrast are good in both the smartphones. The Lenovo A7000’s screen is sharper and has better sunlight legibility compared to the YU YUREKA, which has slightly better color reproduction. The YU YUREKA has Corning Gorilla Glass 3 protection, which the A7000 lacks. 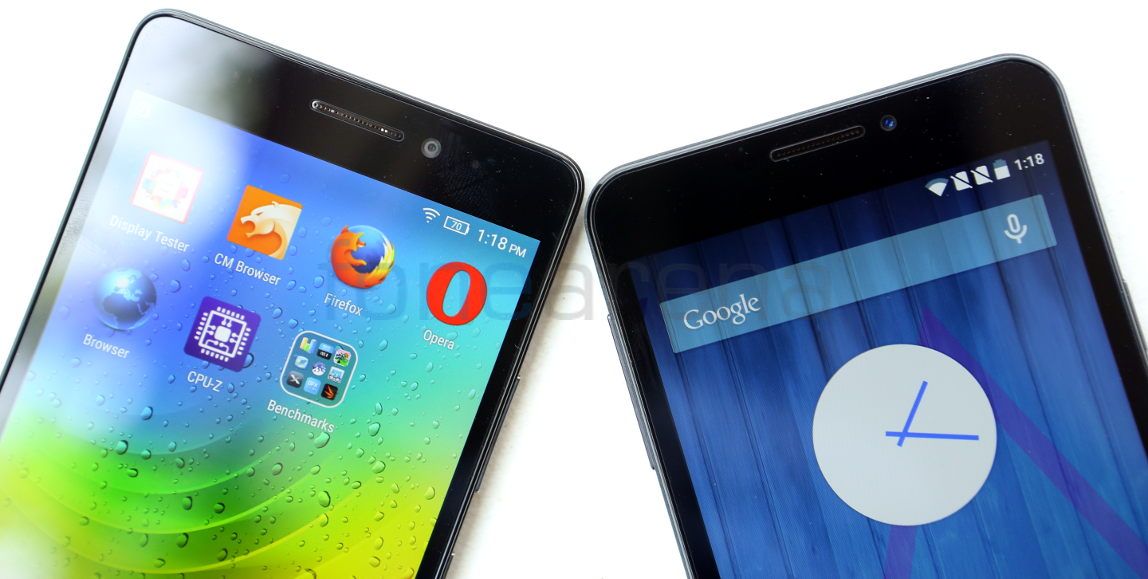 Both the phones have capacitive touch buttons below the display. The touch buttons on the Yureka is illuminated and the home button is colored, while the buttons on the A7000 are just colored. Height and width of both the smartphones are almost similar, but Lenovo A7000 is slightly smaller. 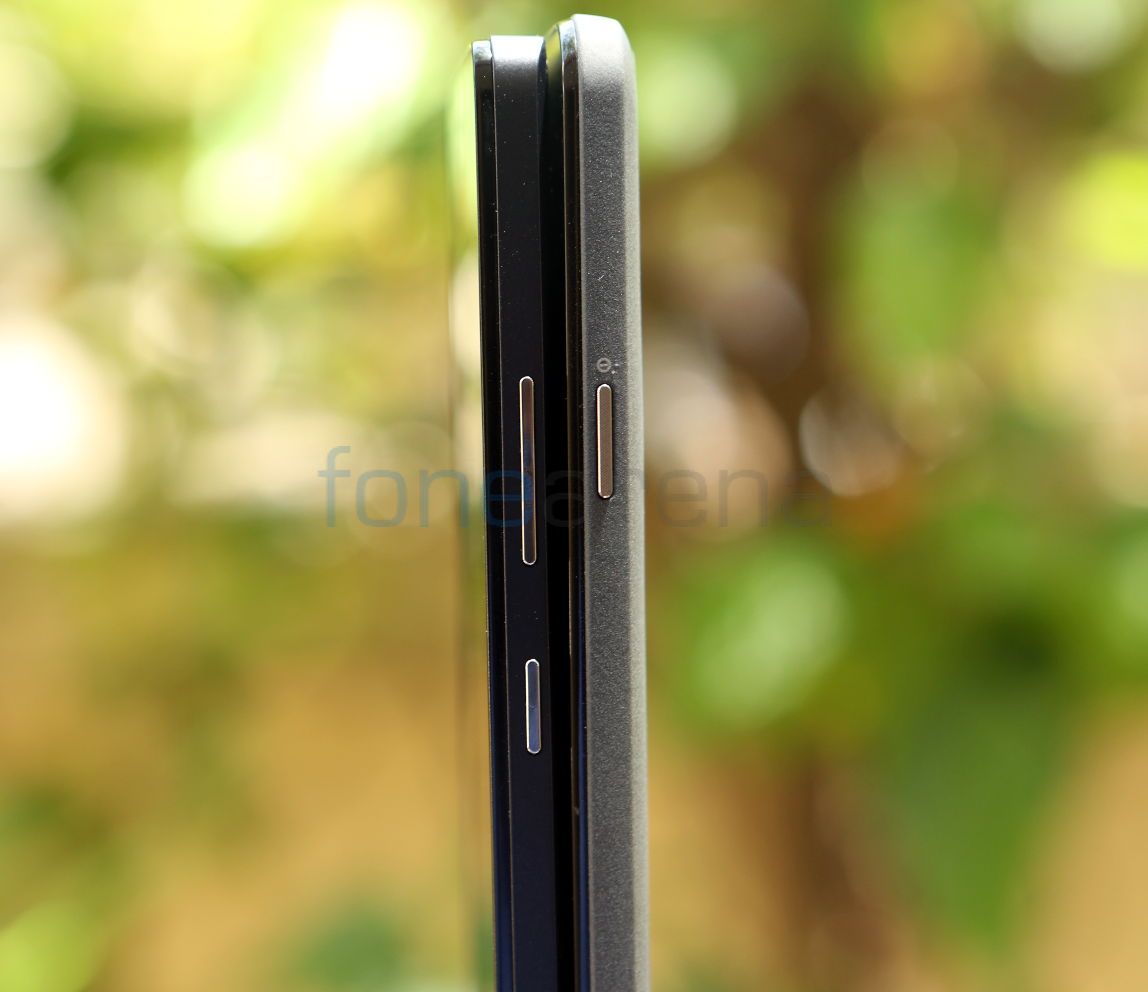 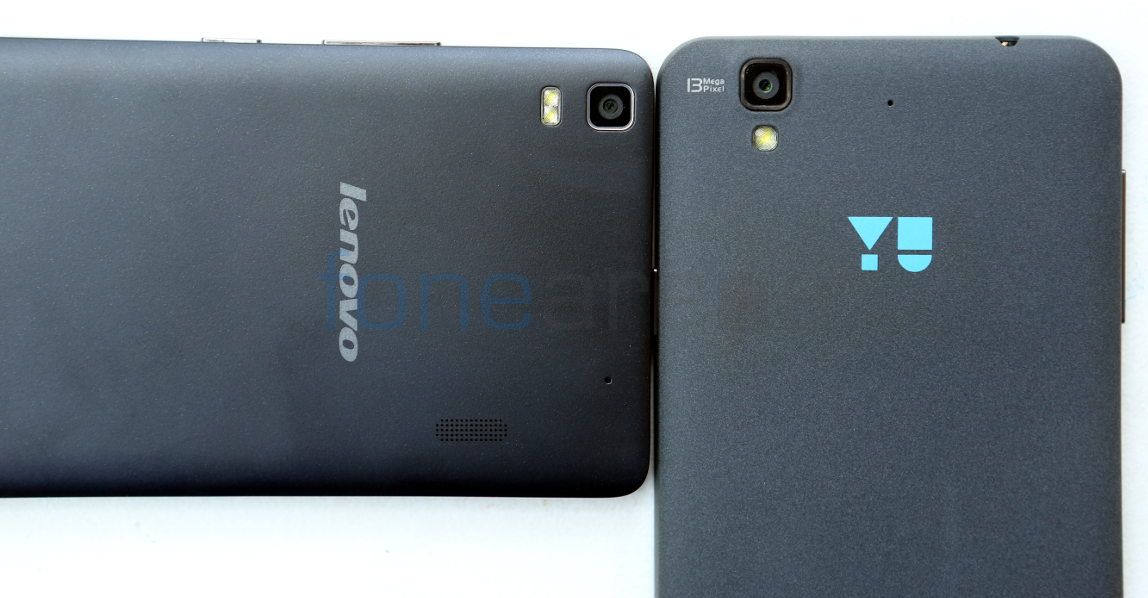 Coming to the camera, the A7000 has an 8-megapixel camera with dual LED flash, while the Yureka comes with a 13-megapixel rear camera with single LED flash. The Yureka has a Sony Exmor RS IMX135 sensor and 5P lenses. Both the smartphones can record videos at 1080p resolution at 30fps. The Yureka can also record slow motion 720p video at 60fps.

Comparing the image quality in all the aspects, the Yu Yureka captures better photos overall with more details compared to the A7000’s 8-megapixel camera. Over sharpening in images captured by A7000 results in poor output, but the color reproduction is good. The A7000 takes a lot of time to focus and capture an image when using flash, which mostly ends up blurry. Overall, Yureka’s camera offers much better output compared to the Lenovo A7000, in all conditions. Check out some comparison images (Click the images to view the full resolution sample). The first one is A7000 and second is Yu Yureka. 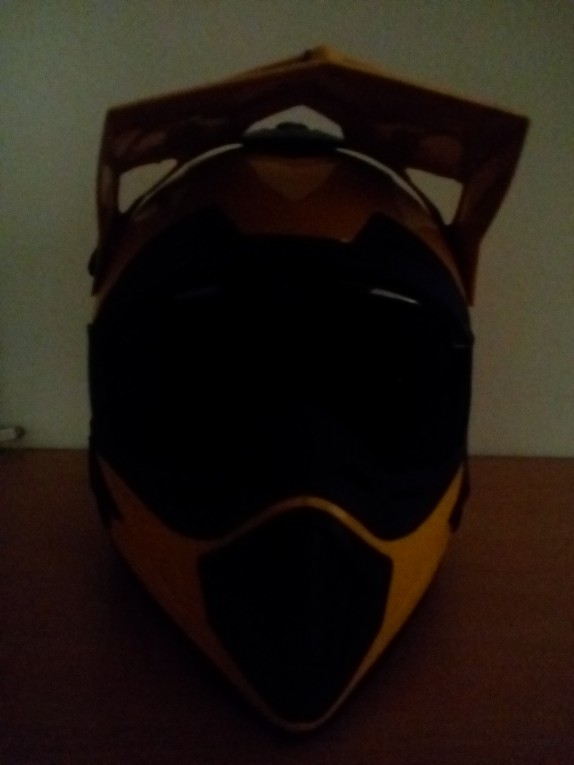 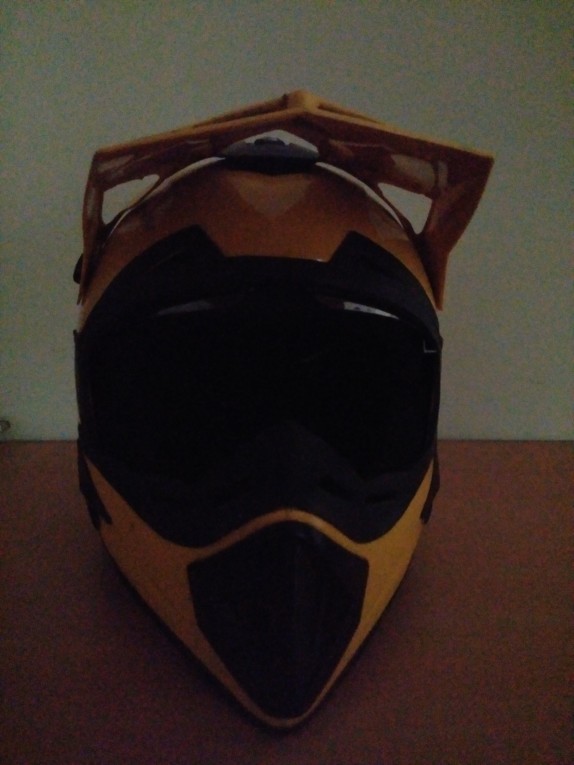 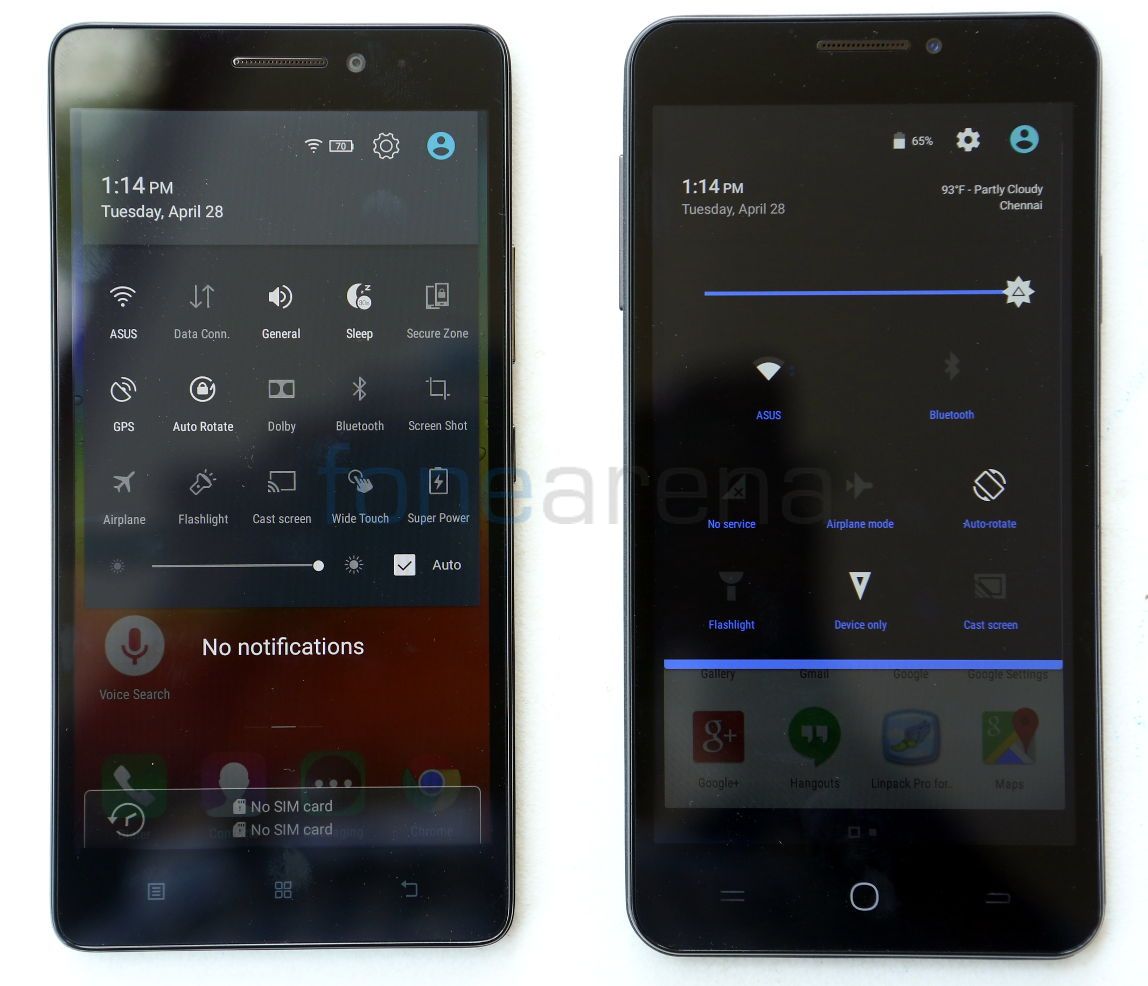 Both these run on Android 5.0 (Lollipop). The Lenovo A7000 has custom Vibe UI on top and the YU YUREKA got Cyanogen OS 12 update recently that is almost stock. Both the companies push out regular updates adding new features and fixing bugs. 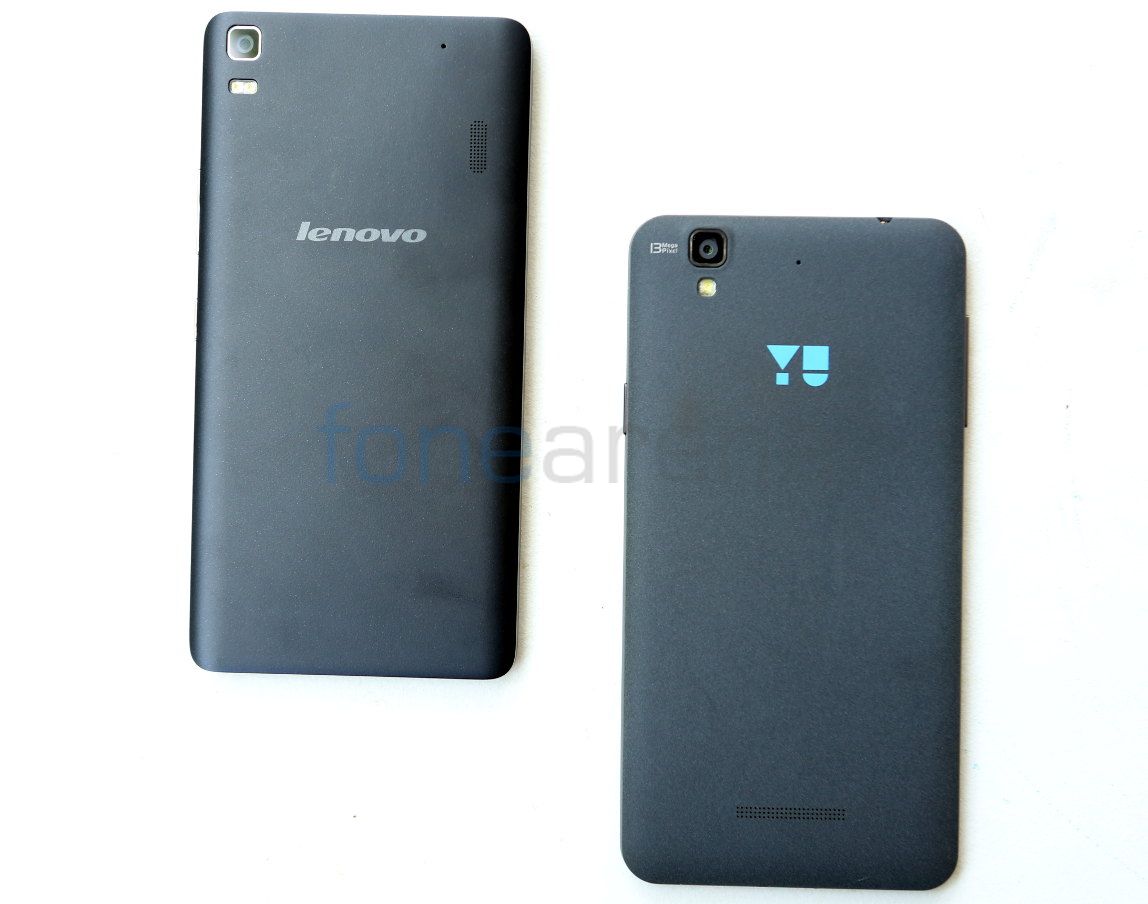 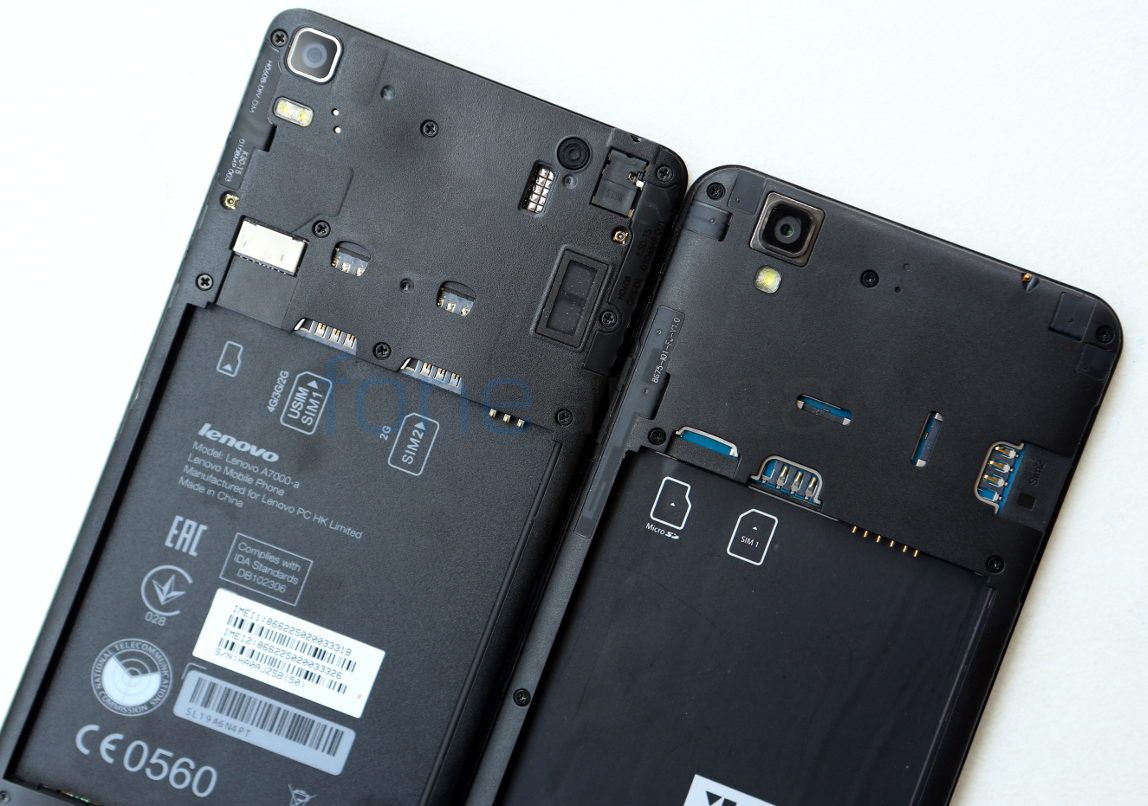 Both the smartphones support 4G with support of 4G LTE bands (TDD B40 2300MHz and FDD B3 1800MHz) for India. Both these have two micro SIM slots. Only the first slot supports 4G on the Lenovo A7000, while the other has only 2G support. Both the slots on the Yureka support 4G, but only one SIM can use 4G at a time while the other remains in 2G. Both these have Wi-Fi 802.11 b/g/n, Bluetooth 4.0 and GPS support. 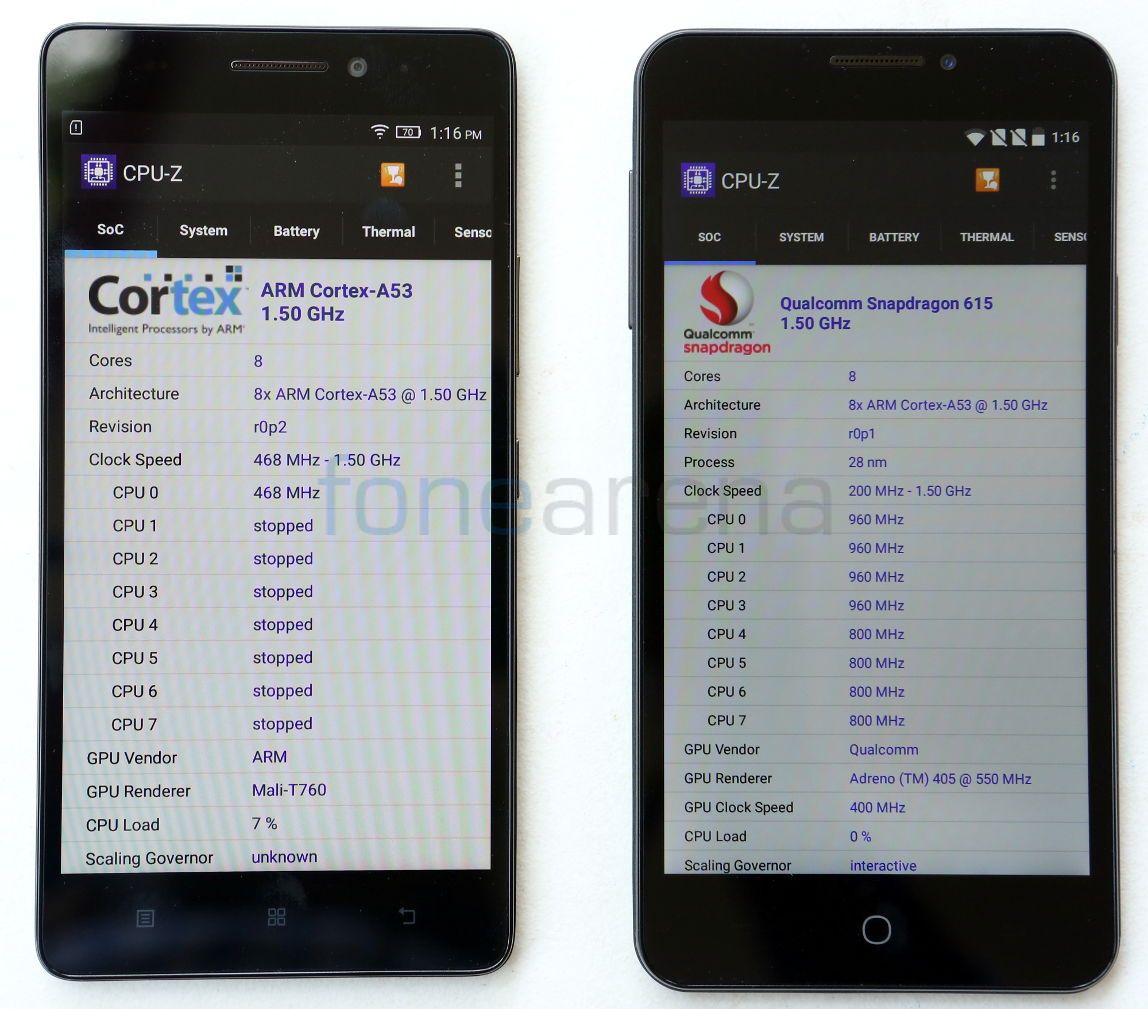 Octa-Core 64-bit SoCs on both these smartphones based on ARM Cortex A53 CPU cores are equally good. Snapdragon 615 SoC on the Yu Yureka gets heated quickly when using camera and intensive gaming compared to the MediaTek MT6752M SoC. Gaming is slightly better in Yureka that has Adreno 405 GPU compared to the Mali-T760 GPU on the A7000. 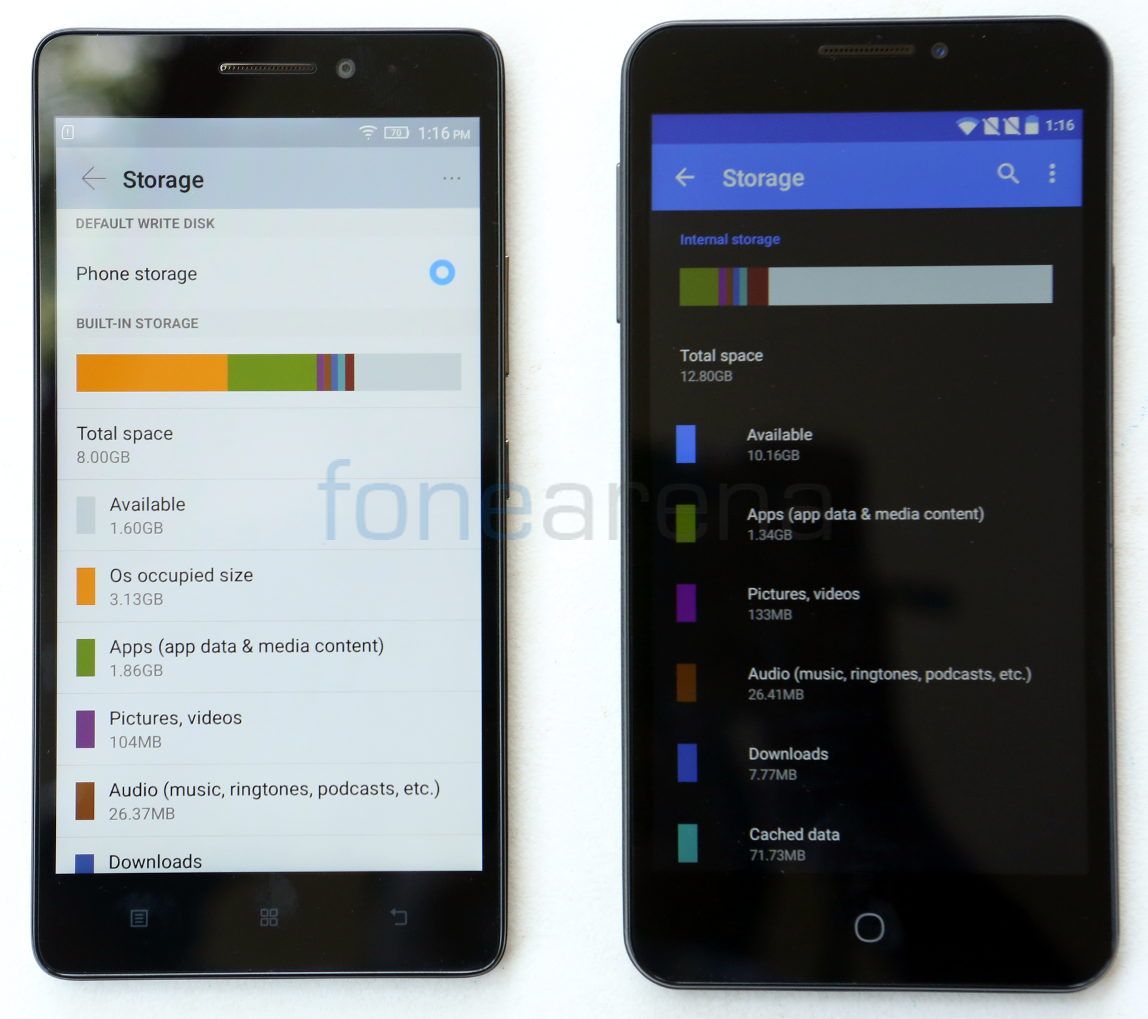 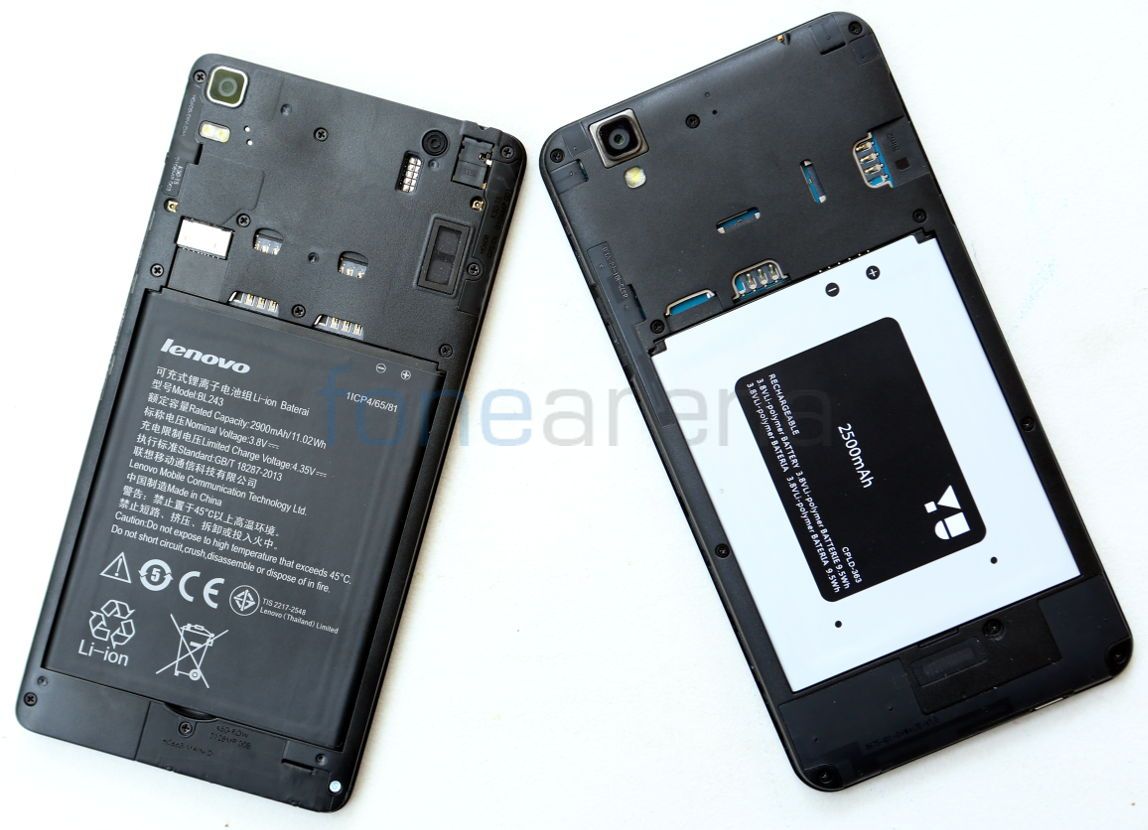 Both the smartphones have a removable battery. Coming to battery life, the 2900mAh battery on the Lenovo A7000 lasted for 13 hours and 57 minutes in our battery test, compared to Yu Yureka’s 2500mAh battery that lasted for 9 hours and 16 minutes. Since the A7000 has slightly larger battery, it outperforms the Yureka in all the tests. Check out couple of battery test comparison charts below. 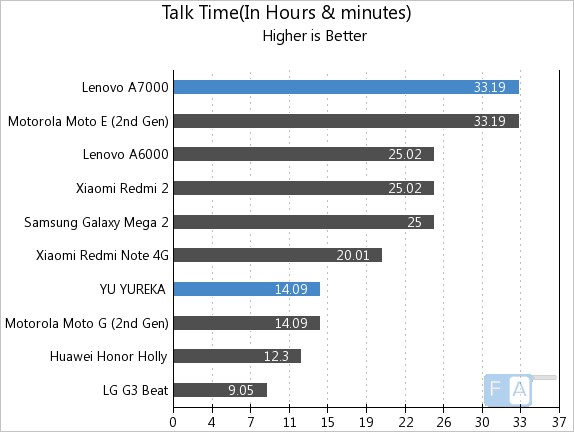 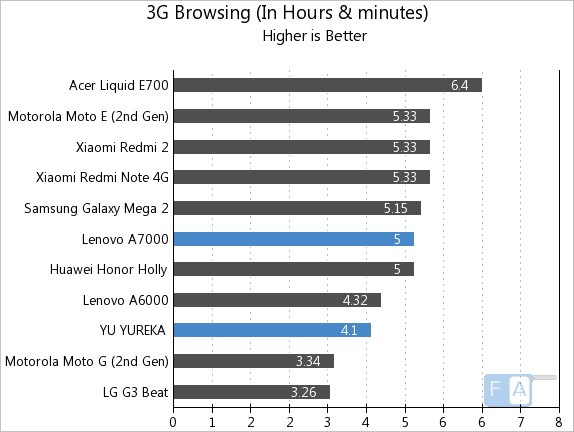 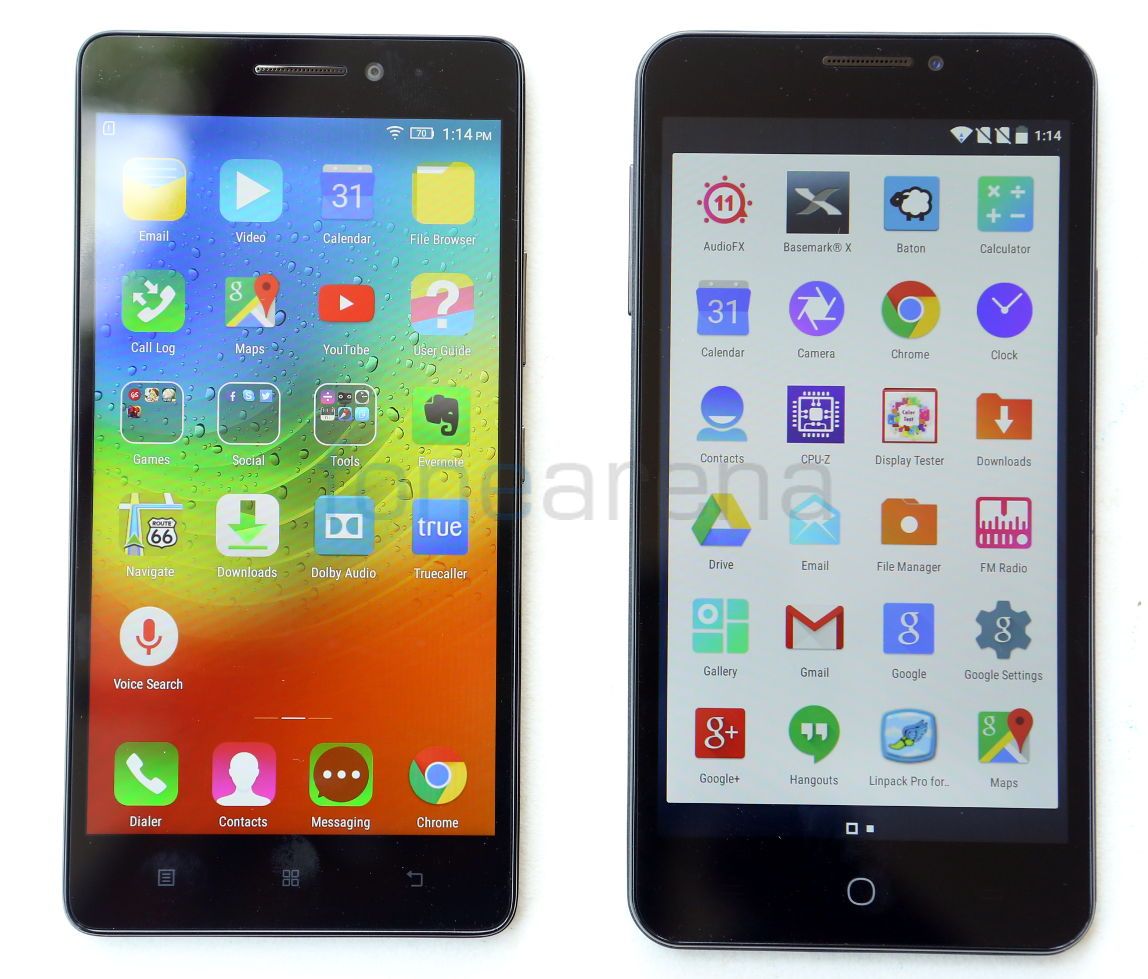 In the end, the YU YUREKA is better in some aspects compared to the Lenovo A7000 and comes with Cyanogen OS 12 offering better customization, even though both the smartphones are priced similar. The major problem is the availability of both the smartphones since these are available only though flash sales online and are not available in offline retail stores.

Concluding, the advantages of the A7000 are, good battery life, no heating issues and better loudspeaker output. Advantages of the YU Yureka over Lenovo A7000 include, better camera, 4G support in both the SIM slots and more internal storage.

Bharadwaj and Siva contributed to this report. Images by Siraj