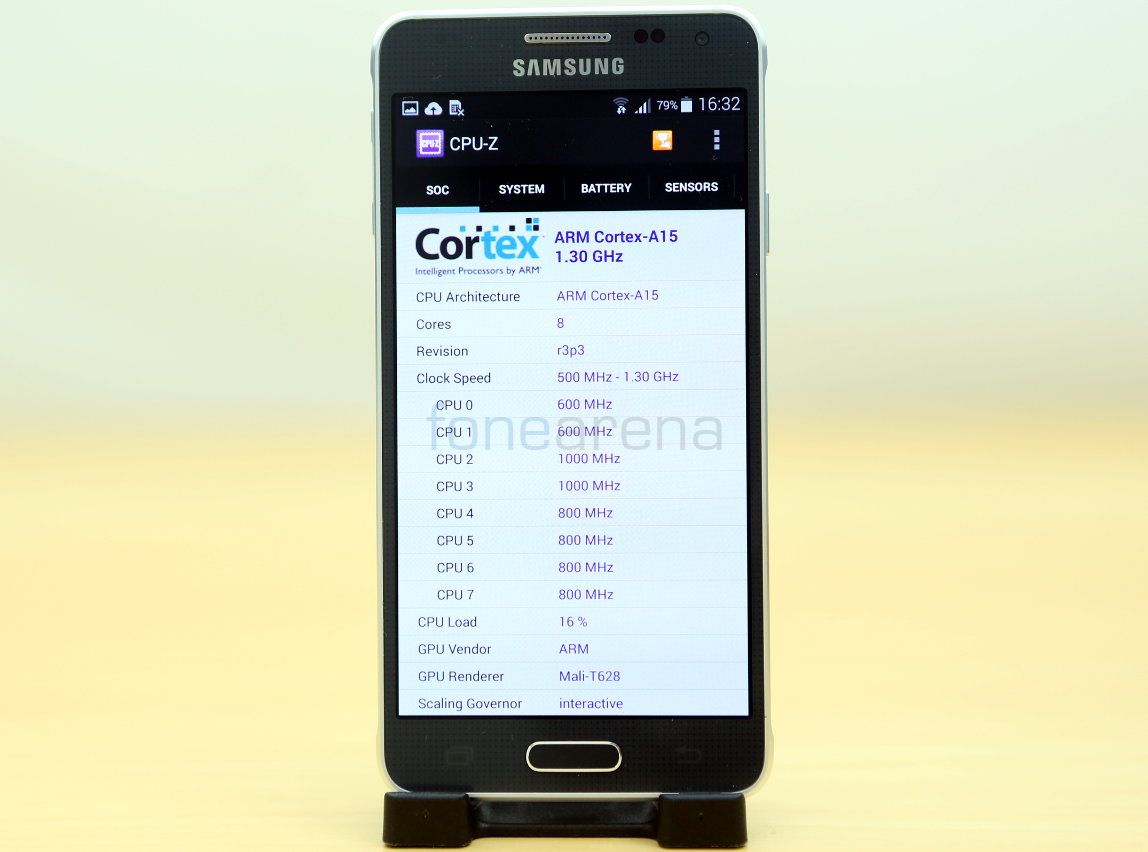 Samsung launched the Galaxy Alpha smartphone in India last week. We brought you the unboxing of the Galaxy Alpha recently, here we have the benchmarks. The Indian variant of the Galaxy Alpha is powered by an Octa-Core Exynos 5430 processor based on ARM big.LITTLE architecture and 20nm High K Metal Gate Process technology, compared to 28nm HKMG in Exynos 5422 SoC present in Galaxy S5.

It has a ARM Mali T628 MP6 GPU. It also has True Octa-Core or Heterogeneous Multi-Processing that can run combination of up to eight cores to provide optimum performance. It has a 4.7-inch (1280 x 720 pixels) Super AMOLED display, 2GB RAM and runs on Android 4.4 (KitKat) OS. Let’s check out the performance of the smartphone in a range of synthetic benchmark tests. 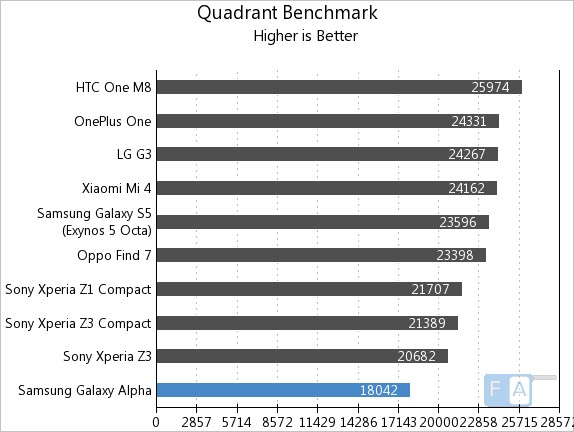 The Samsung Galaxy Alpha managed to score just 18042 points in the Quadrant benchmark. 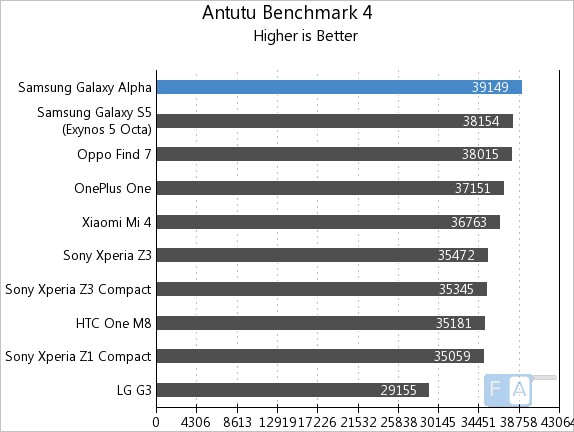 In the AnTuTu 4 Benchmark, the Galaxy Alpha scored 39149 points. 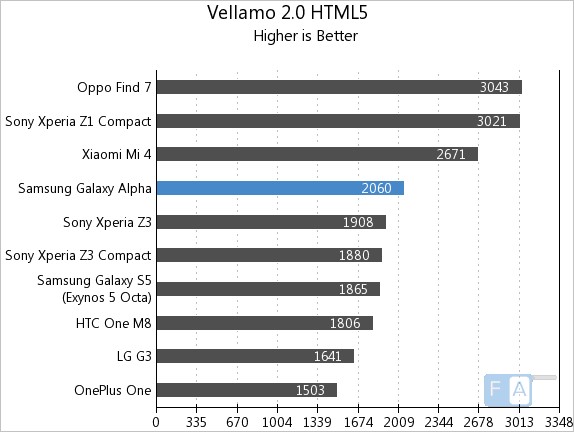 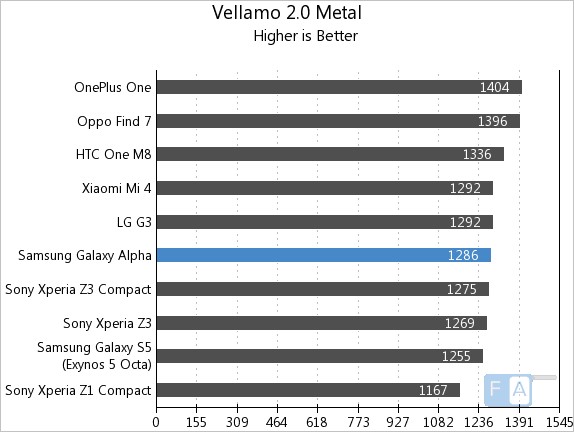 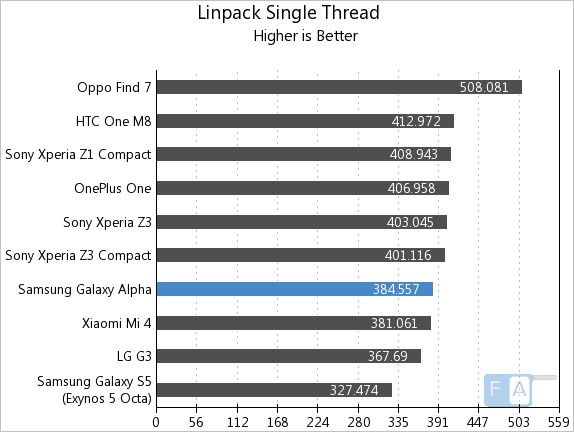 It managed to clock around 384.5 MFLOPS in Linpack Single Thread Benchmark. 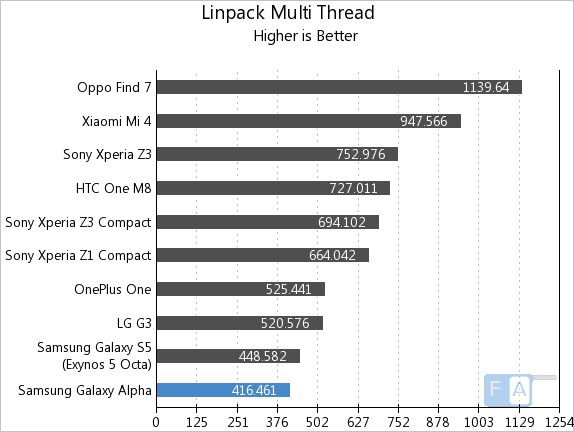 In the Linpack Multi-Thread benchmark, the Galaxy Alpha managed to clock around 416.4 MFLOPS. 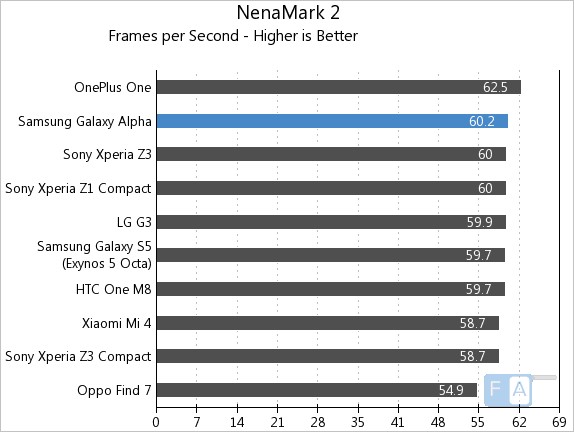 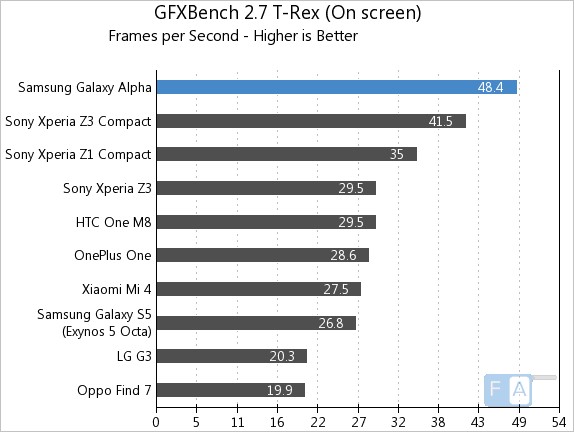 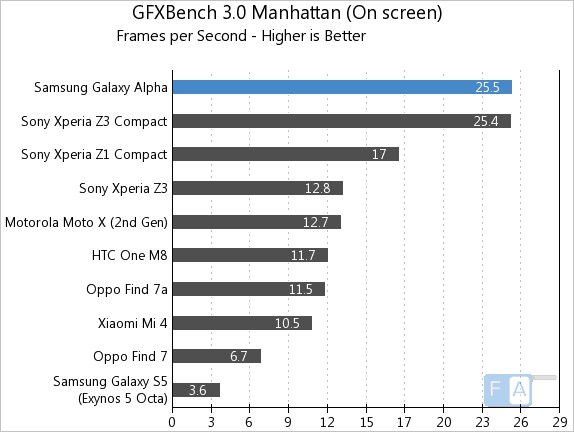 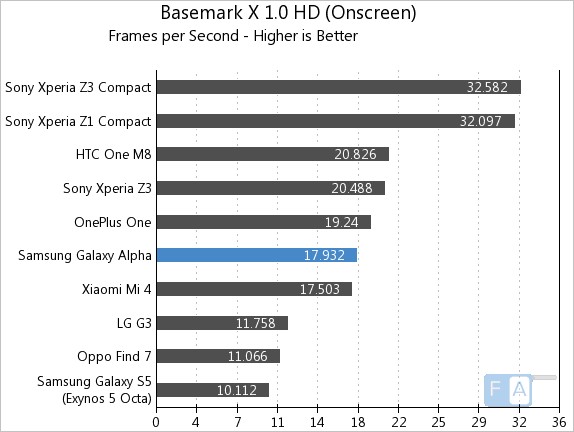 It managed to clock around 17.9 fps in Basemark X 1.0 Onscreen benchmark. 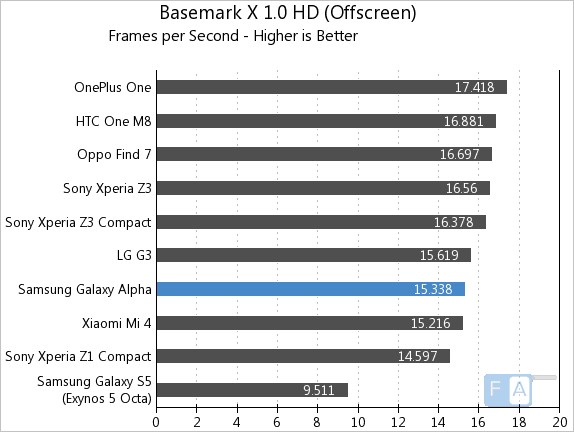 In the Basemark X 1.0 HD Offscreen benchmark, the Galaxy Alpha clocked around 15.3 fps. 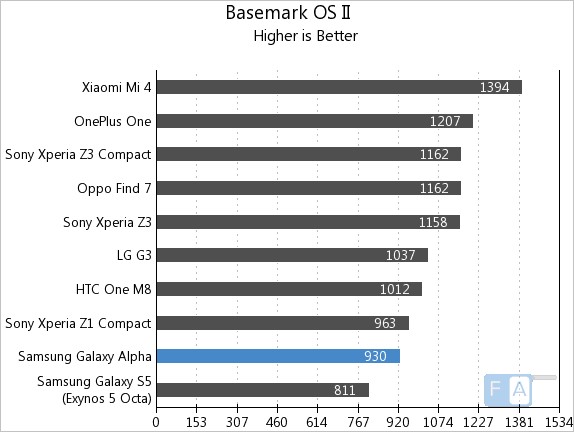 It scored 930 points in the Basemark OS II benchmark and lies just above the Octa-Core variant of the Galaxy S5.