At the launch event of the Huawei Honor 6 and the MediaPad Honor T1 in India, the company introduced the Honor Holly smartphone for India. It packs a 5-inch HD IPS display with 68% screen-to-body ratio, powered by a 1.3 GHz quad-core processor and runs on Android 4.4 (KitKat) with Huawei’s Emotion UI on top. It has dual SIM support, 8-megapixel rear camera with LED flash and a 2-megapixel front-facing camera. 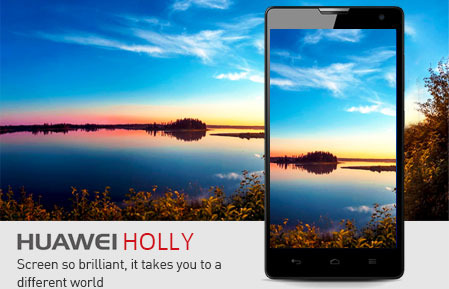 It has 1GB RAM, 16GB of internal storage with expansion slot and packs a 2000 mAh battery with Huawei SmartPower 2.0 that promises up to 24 hours of battery life with moderate use and over 48 hours on light use.

The Huawei Honor Holly comes in Black color. Huawei plans to launch the smartphone in India soon and would reveal the pricing closer to the launch. The company would also launched the sleek Honor X1 tablet in India soon. This is the same MediaPad X1 tablet that was announced earlier this year at the MWC. Check out the hands-on below.