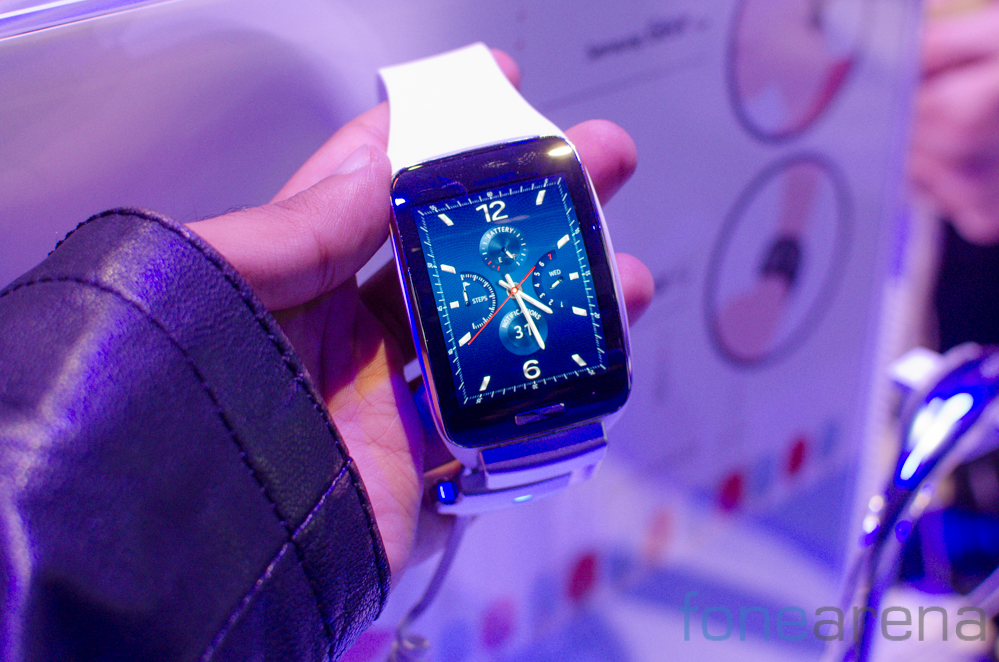 Samsung announced the Gear S smartwatch last month that runs on Tizen werable OS. We got our hands on the watch at the ongoing IFA. The smartwatch is rectangular in shape  and boasts of curved display. The highlight of the watch is built-in SIM card slot that lets you interdependently make and receive calls, without connecting to a device and also offers 3G support. 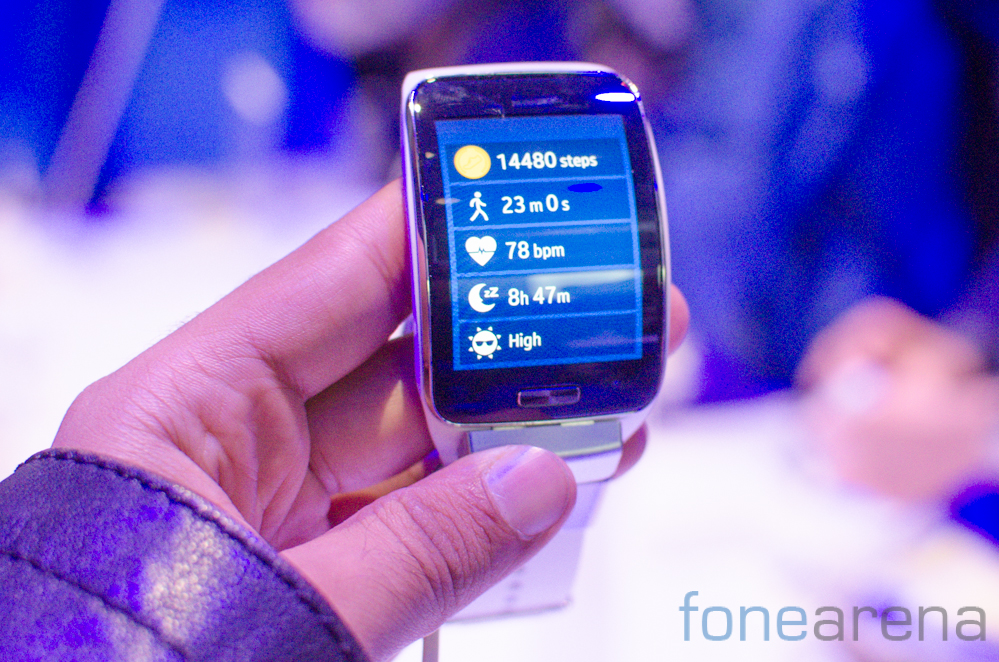 The Gear S has 2-inch (360 x 480 pixels) curved Super AMOLED display bigger than the 1.63 inch display on the Gear 2. It weighs about 67g for the Black version and 84g for the white version and is about 12.5mm thick. Under the hood the smartwatch has a 1 GHz dual-core processor alongside 4GB of internal storage and 512MB of RAM. 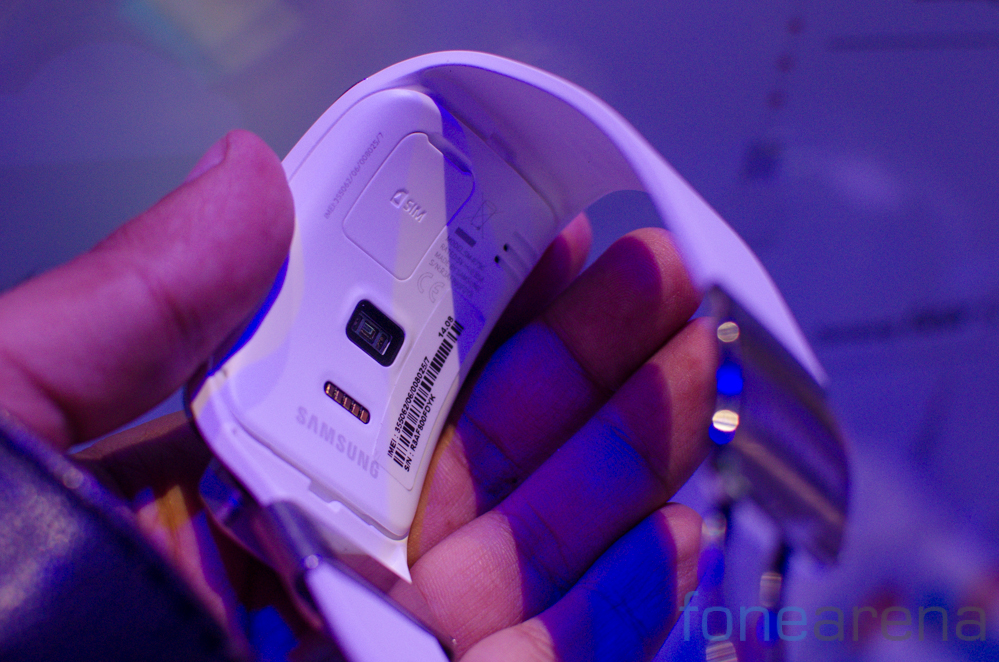 The micro SIM slot on the Gear S is present at the bottom of the smartwatch. Users can receive messages, emails, get directions, and even make calls all with the smartwatch itself, which is being debuted alongside the Samsung Circle Bluetooth headset. You can still pair it with a compatible Samsung smartphone or tablet via Bluetooth.It sports a tiny, full-QWERTY keyboard with autocorrect. It is IP67 dust and water resistant and packs a 300 mAh battery which can last upto 2 days.

It has Bluetooth 3.0 with  apt-X, Magnetic Sensor (Hall IC), Touch Sensor, Multi Point connection to connect two devices at a time and a 180mAh Li-ion that promises up to 300h Standby, up to 11h Talk time and up to 9h audio playback. 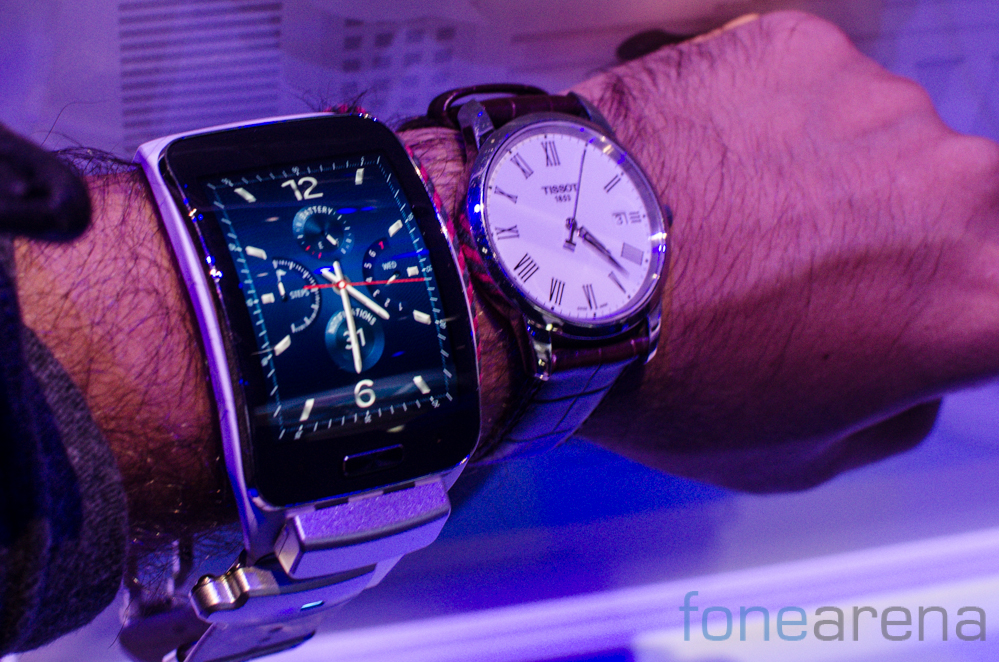 The Samsung Gear S and the Gear Circle will go on sale globally starting from October.